Home » Dimethylglycine: The key to stamina, performance and endurance 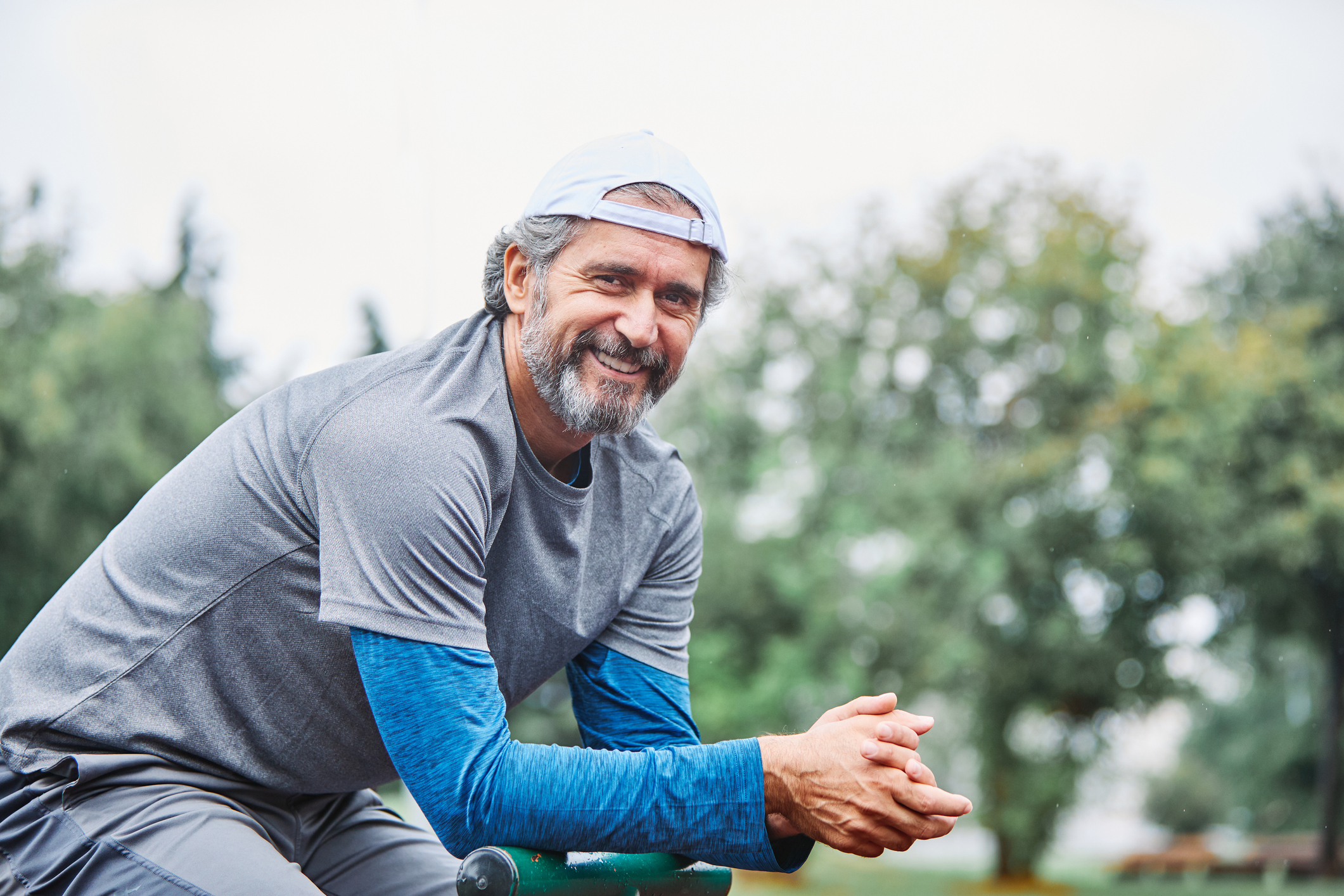 In the 1970s, scientists were able to isolate the amino acid dimethylglycine (pronounced die-meth-ill-gly-seen), called DMG for short, from its source. Eventually, it became one of many nutrients used by athletes to help give them a performance edge, and was known in the early days as the DMG vitamin or DMG B15, though it’s not acutally a vitamin by the strict definition of the word.

Thanks to its reputation as an all-natural oxygen and endurance enhancer, scientists from all areas of health started their own experiments with DMG to see if it could help their patients. Sure enough, data started coming out showing how it was giving relief to those with chronic joint pain, restoring concentration and focus, normalizing cholesterol and triglyceride levels, and so much more.

In only a matter of a few years, dimethylglycine went from being a celebrated endurance enhancer to the unsung hero of the nutrition world. And as you keep reading, you’ll see how this simple nutrient has the potential to help improve your own health, even if you’re not an athlete or athletic.

Why DMG is the unsung hero of the nutrition world

DMG works behind the scenes as an intermediate metabolite in the one-carbon choline cycle with its primary function being to contribute methyl groups for methylation reactions and provide other essential building blocks. Its promise was first put to use as an addition to equine diets for racehorses before eventually being used to enhance athletic performance. Even though it has been used for decades, only recently has it reached public awareness.

While found in both plants and animals, our bodies — particularly our liver — can create it from glycine sources (we’ll touch on the best sources to get glycine shortly).

Even though it’s marketed to athletes, don’t let that fool you. The benefits of dimethylglycine are many and are enjoyed by everyone, regardless of age or activity level.

In fact, for some occupations that require that extra focus like truck drivers, overnight nurses, military personal, and even students burning the midnight oil preparing for their next big exam, dimethylglycine can help restore your clarity and concentration when you need it the most.

But first, let’s go over some specifics that make it so beneficial:

Its ultimate claim to fame, DMG has been shown to enhance overall performance and endurance. Studies show that athletes with high levels of DMG were able to perform longer without significant fatigue or muscle loss and were better able to utilize oxygen intake. It was also shown that after exercising, the athletes had less lactic-acid buildup.

One study found that higher levels of DMG reduced the “hitting the wall” feeling marathon runners deal with after using up their stored calories in the liver. This helped to reduce their time while also helping them recover quicker.

Research from Clemson University showed that DMG supports the heart and blood vessels by slowing the rate of degeneration. Studies show this helps with oxygen function, helps normalize cholesterol and triglyceride levels, and moderates cardiovascular performance.

Much of DMG’s success with regards to heart health is its ability to deactivate the amino acid homocysteine. While necessary for human life, too much or too little can contribute to problems ranging from oxidative stress to DNA damage. By giving up one of its methyl groups to homocysteine, DMG helps prevents damage caused by having high levels of homocysteine while also reducing the toxic burden on the liver.

Research in the medical journal The Journal of Laboratory and Clinical Medicine showed that DMG acted as an immune modulator, enhancing the immune system’s ability to respond to foreign invaders. Studies show that it boosts the production of T-cells, B-cells and macrophages so they can go to work against whatever is trying to cause infection.

In this same study, it was shown how DMG was able to boost antibody production by as much as 400 percent.

While there are multiple ways the body can remove toxins, the liver stands out as being the master detox organ. With the help of DMG, the liver can detox more efficiently and effectively. This helps to clear out toxins and studies show how methylation is essential to this process.

It’s also been shown that DMG helps increase glutathione production, which is often thought of as the “master detoxifier” and free-radical fighter in the liver. Without glutathione, you become more suspectable to illness and can start losing the functionality of your movement, speech and mental processing. Overall, DMG helps to keep your detox system running smoothly and your liver strong.

DMG supports a healthy inflammatory response and is a potent free-radical fighter, keeping damage to organs and cells at a bare minimum. Research in the medical journal BMC Complementary Medicine and Therapies showed how scientists wanted to see if it would have any impact on rheumatoid arthritis based on its reputation as an inflammation tamer. In the conclusion of their report, they found that DMG created “significant reductions” in the arthritis.

Thanks in part to its ability to increase circulation while also being an effective detoxifier, this allows DMG to stop inflammation in its tracks while supporting healthy and graceful aging.

Based on testimonies found in The Townsend Letter, alternative health practitioners from all over have been sharing results of how DMG has been helping with various parts of brain function including memory, cognition and focus.

This is because DMG crosses the blood-brain barrier, going directly to the brain so it can start getting to work quickly. It’s also been shown to produce the building blocks for neurotransmitters, improving the connection between the brain and body.

Surprisingly, some professionals have had luck using DMG on those showing symptoms of autism. Dr. Rimland of the Autism Research Society of San Diego, California has kept records of parents who have filled out various surveys and found that nearly 50 persent of people with autism symptoms have improved thanks to DMG.

Because of its multiple benefits, it’s no wonder that DMG works similarly to popular adaptogens like holy basil or astragalus, both prized herbs in Traditional Chinese Medicine.

Like many other adaptogens, DMG helps to improve the areas of the body like immunity, circulation, reducing inflammation and oxidation, and supporting the detoxing of toxins.

Eating the right foods with DMG

There are two ways of getting DMG: through food and supplements.

These foods contain the highest amount of DMG:

Since glycine is also a precursor to DMG, eating foods high in glycine can help raise dimethylglycine levels.

By incorporating these foods into part of your everyday diet, you’ll be able to slowly raise the DMG levels in your blood.

Keep in mind, most of these foods only contain small amounts of dimethylglycine and to meet the requirement of the amount used in studies, you’d have to eat all day long.

This isn’t to say you can’t get benefit from eating these foods, but supplementing is a safe option.

Getting the right amount of DMG

By supplementing with DMG, it will help you quickly and easily reach the desired levels used in the medical literature.

To help strengthen the effects of dimethylglycine, you can pair it with either a nitric oxide booster like l-arginine or l-citrulline or the hormone balancer Diindolylmethane or DIM for short.

L-arginine and l-citrulline have been shown to help release a special gas in your blood vessels called nitric oxide. Nitric oxide dilates your blood vessels which increases overall blood flow and delivery to every inch of your body. When paired with dimethylglycine, this improves its overall effect since it can reach everywhere from your head to your toes, at a much faster rate.

DIM on the other hand helps to balance out estrogen levels in the body. Estrogen levels have been on the rise in both men and women due to various changes occurring in both our environment and food supply. Fluoride in the water, preservatives in food, pesticides used on our crops, and a number of other factors have caused estrogen levels to skyrocket. Excess estrogen has associated with weight gain, depression, fatigue, decreased sex drive, and inflammation are just a few of the symptoms.

When paired together, DMG and DIM can help detox the body twice as quickly as usual. The glycine in DMG helps with the detoxification of excess estrogen by helping the liver more quickly and efficiently flush toxins. This reduces overall inflammation, allowing you to lose that excess weight, taking pressure off your joints, and giving you back a good night’s rest.

So whether you want to compete or just feel like you can, DMG can give you what you need to keep going, and then some, while promoting a healthy body.

Recent Findings on N, N-Dimethylglycine (DMG): A Nutrient for the New Millennium — Vitriscience.com

Stimulation of the immune response by dimethylglycine, a nontoxic metabolite — The Journal of Laboratory and Clinical Medicine

All about methylation and what you can do to keep yours healthy — Bioceuticals.com.au

Immunomodulation of murine collagen-induced arthritis by N, N-dimethylglycine and a preparation of Perna canaliculus — PubMed

The effect of N, N-dimethylglycine on athletic performance at altitude in horses and mules — ResearchGate