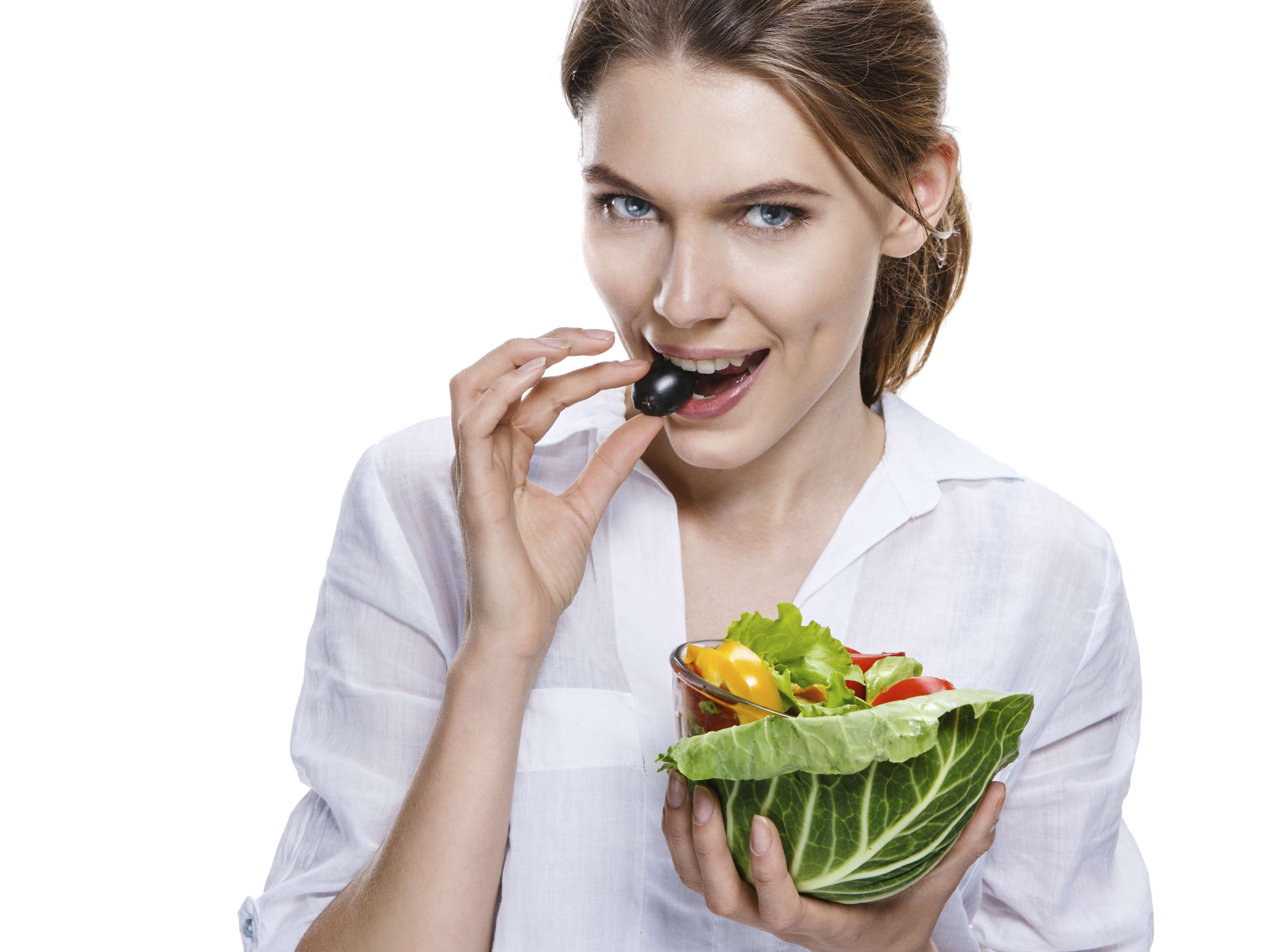 Michael Pollan, the celebrated food writer whose opinions are widely respected and whose pithy comments are widely quoted (he’s particularly known for saying “Eat food, not too much, mostly plants,) is someone with whom I generally agree. We share many platforms, including the benefits of returning to whole food, real food, a high volume of plant food, and a return to cooking. However, he recently criticized the modern paleo diet and with this, I must take issue.

I don’t think he has taken the time to understand the paleo diet, which is quite common among those who are critical of paleo eating. I would like, therefore, to take this opportunity to discuss his comments and explain why his criticisms are misplaced.

First of all, he argues (as many do) that there is no single Paleolithic diet. This is true. The original hunter-gatherers ate over 200 different plants and animals over a year’s time. How many different species does the average westerner eat in a year these days? Probably less than 30.

What’s more, the foodstuffs our ancestors consumed were highly adapted to the specific regions they lived in and each local society learned over hundreds of generations which plants and animals were associated with providing vitality for or bringing sickness to the clan.

Also, studies have shown that traditional diets are radically different between societies. For example, the arctic hunter-gatherers ate a pure animal product diet 10 months out of the year. The Amazonian rain forest dwellers and the African hunter-gatherer ate more insects, amphibians, and lizards, and hundreds of different plants. The Native Americans ate a mix of fish, meat, and hundreds of different plants and animals unique to their environment.

All these diets were extremely local and seasonal, and people generally thrived on all of them. There are likely many thousands of diets created by humans that maximize their vitamin, mineral, essential fat, and antioxidant intake per calorie based on the food available. Humans are amazingly omnivorous creatures. We can thrive on a wide variety of just about anything nature provides.

However, all these diets have some commonalities, and this is the notion which the modern paleo diet works with. Traditional diets are all packed with many more vitamins, minerals, and essential fatty acids because they rely on natural whole foods.

The typical westernized diet is filled with processed foods, like white flour, high fructose corn syrup, and other refined sugars. It contains minimal vegetables and fruits, as well as far fewer vitamins and minerals in comparison. [1] [2] [3] [4] [5] It is not a “natural diet” because most of the foods in it have been processed and are no longer in whole-food form. Many critics of paleo-style diets miss this point.

Modern paleo diets are not meant to replicate ancient diets. They are meant to emulate ancient diets, and this is a critical difference—it is what takes the paleo diet from the realm of theory into a practice in reality. The paleo diet emulates as closely as possible in our contemporary world the foodstuffs and manner of eating practiced by our Paleolithic ancestors, and this in itself, apart from quibbling about how accurate it may or may not be, is a great improvement over what most people are doing now. Accuracy is not the point. Health is the point.

The earth has changed—but basic food sense has not

Another argument against the paleo diet is that our world has changed and no food we currently eat resembles any of the foods our Paleolithic ancestors ate. It’s true that many of the foods we eat today have been altered through intensive plant breeding into foods that are much sweeter and richer in carbohydrates than they once were (not to mention more disease-resistant, weather-resistant, herbicide-resistant, and therefore more generally suitable to the conditions necessary for industrial farming). Also, even natural, organic foods cannot escape containing some level of toxins because the world is now so polluted.

Additionally, our soil is widely depleted of the nutrients it once contained, and selective breeding and genetic modification aimed at a higher number of bushels per acre (not at improving vitamin or mineral content per bushel) have certainly resulted in plants that are less nutrient-dense than they once were. We can never go back to a planet as pure as it was in the Paleolithic era, but that doesn’t mean we can’t or shouldn’t eat the best foods available to us. It only means we may need to eat even more vegetables and fruits, to compensate for diminished nutrient levels (this is a crucial aspect of the Wahls™ diet).

Another popular criticism of the paleo diet is that eliminating grains and dairy eliminate important sources of nutrition. Pollan implies this when he says that people in some cultures have depended on bread for survival. However, not only is the bread widely available in the United States as far removed from the whole grain fermented bread our European ancestors ate as an ear of sweet corn or a stalk of wheat is from its ancient form, but it is simply untrue that grains and dairy are necessary for health.

Many cultures over many centuries have survived without (or with only minimal, nutritionally insignificant) grain and certainly without dairy products. You can easily get all the nutrients you need without eating grains, dairy, or legumes, and in addition you will be free from the toxic effects of these modern foods. A hunter-gatherer-style diet packed with natural plant foods and natural meats (grass-fed and/or game meat, wild-caught fish) contains all the nutrients you need to thrive.

Our ancestors lived longer than you think eating that way

Finally, another common criticism is that people didn’t live very long in the Paleolithic era. This is also true, but shortened lifespans of our ancient ancestors had nothing to do with their diets. In the Paleolithic era, the mean age of death was somewhere in the mid-30s, but this is because there was a 38% to 45% mortality rate for those under the age of 15. Those who survived childhood actually did quite well. Gurven and Kaplan studied this question extensively and published their findings in 2007.

The results might surprise you. Hunter-gathers historically (and now in the current hunter-gatherer societies that have not yet adopted western lifestyles) often lived past 60 years of age. [6] These people were and are physically and mentally fit without medication, and many thrive into their 70s and even 80s. The transition from hunter-gatherer societies was associated with loss of height, increased risk for degenerative arthritis of the spine, and tuberculosis. Fertility increased, leading to an increase in population, but it was a less healthy one. [7] [8]

Those populations who converted to western diets continued to do worse as “progress” marched on. The next major transition came with the industrial revolution in 1850 with the wide availability of sugar, white flour, and a steady decline in breast feeding. This was associated with another decline in health and an increase in chronic diseases, including heart disease, diabetes, and obesity9.

Now, as societies move from developing economies to developed economies, the early mortality due to infectious disease has been replaced by chronic diseases related to lifestyle, that is diabetes, obesity, and heart disease. [9] Sweetener consumption has risen from an average of less than 10 pounds of sugar per person per year in 1900 to over 100 pounds plus per person per year in 2000. In addition, modern populations have steadily grown in size. According to the Centers for Disease Control, in 2010, 69% of Americans were overweight or obese. [10]

Put more simply, the extension in the average age of life from the Paleolithic era to the current era has occurred because of the decrease in infectious causes of death, lower childhood mortality, and increased use of medical technology — not because we as a society are enjoying more vitality and vigor related to any sort of dietary improvement. Quite the contrary, in fact.

An epidemic of chronic diseases has plagued humans since the agricultural revolution. And many of the foods to blame spell the difference between just surviving and actually improving and restoring health.

Next week I will explain how those foods harm the body and your health, and how avoiding them has equated to a near miraculous healing for myself and others. 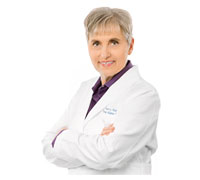 Dr. Terry Wahls is a clinical professor of medicine at the University of Iowa where she teaches internal medicine residents and sees patients in a traumatic brain injury clinic and a therapeutic lifestyle clinic for those with complex chronic disease. In addition, she conducts clinical trials testing the efficacy of diet and lifestyle to treat chronic disease. She is also a patient with secondary progressive multiple sclerosis, which confined her to a tilt-recline wheelchair for four years. Dr. Wahls restored her health using diet and lifestyle interventions and now pedals her bike to work each day. She is the author of The Wahls Protocol: How I Beat Progressive MS Using Paleo Principles and Functional Medicine and the paperback, The Wahls Protocol: A Radical New Way to Treat All Chronic Autoimmune Conditions Using Paleo Principles, and teaches the public and medical community about the healing power of intensive nutrition.

You can learn more about her work from her website: www.terrywahls.com. She is conducting clinical trials testing the effect of nutrition and lifestyle interventions on MS. She is also committed to teaching the public and medical community about the healing power of the Paleo diet and therapeutic lifestyle changes to restore health and vitality to our citizens. Follow her on Facebook and Twitter at @TerryWahls. You can learn more about her research at here.