Home » HGH: The decision to start 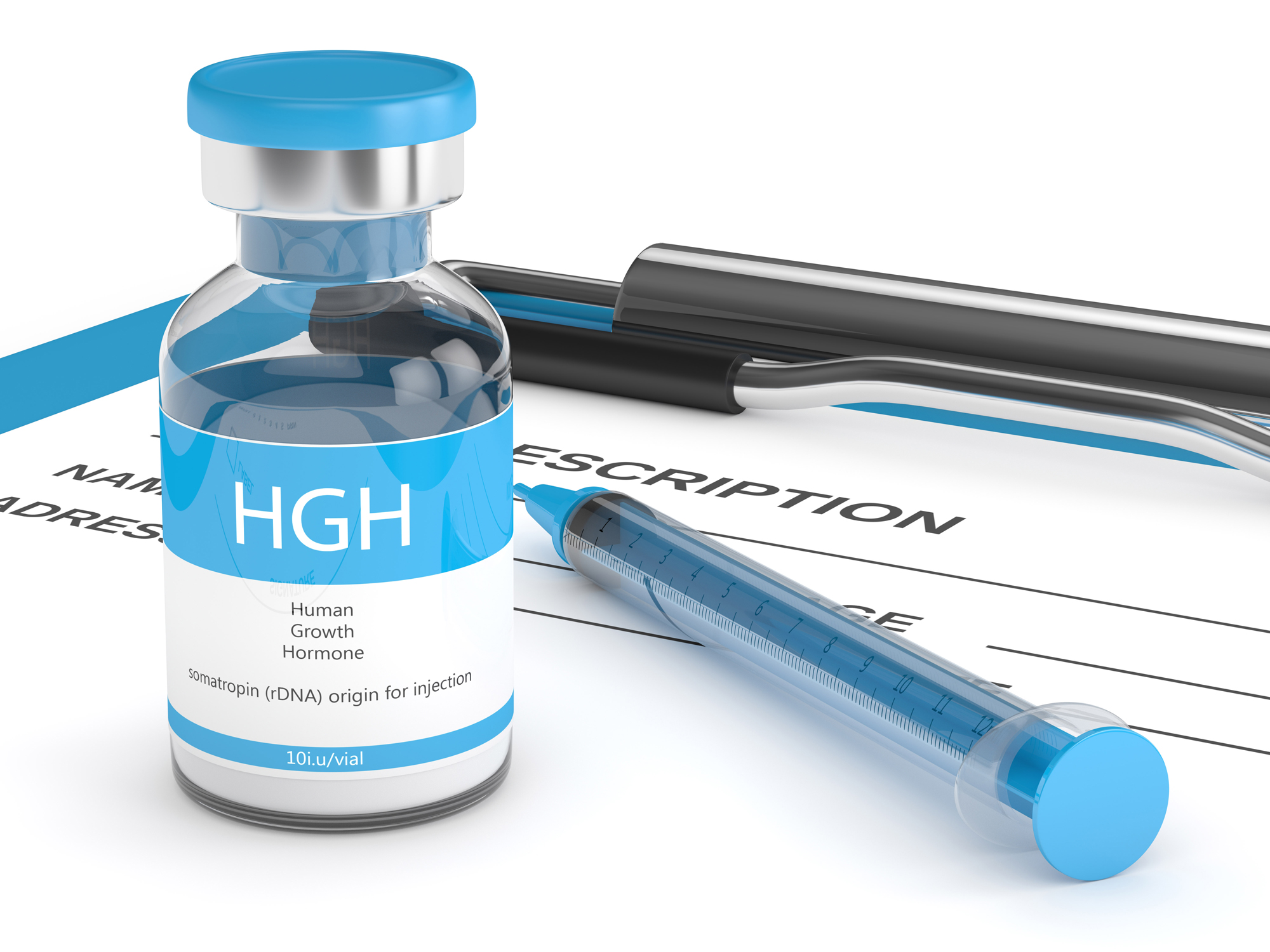 Short-term use of HGH supplementation can seldom cause:

Longer term adverse effects are not clear. I have seen studies that argue for and against these potential health risks:

Increased risk of diabetes: Your blood insulin concentrations could increase with HGH injection therapy and therefore your risk of type 2 diabetes must be considered.  Have your doctor check your HbA1c level before and after 3 to 6 months of treatment. However, two large long-term studies showed no increased risk for diabetes in HGH-deficient adults who received physiological replacement doses of HGH supplementation.

May encourage cancer growth: Even Matched controls were compared to 110 patients with brain irradiation for cancer who were treated with HGH supplementation and followed for 14.5 yrs. The treatment group proved to have no increased rate of cancer recurrence.  Two other large long-term studies showed no increased risk for new cancer in HGH-deficient adults who received physiological replacement doses of HGH supplementation.  According to Life Extension Foundation (www.lef.org), Pfizer’s Genotropin (HGH) study published in 2003 had gathered 40,000 patient-years of data. They reported that HGH replacement does not increase your risk for new cancer or diabetes mellitus, and by 2009 they reported in the European Journal of Endocrinology that with over 60,000 patient-years of data, HGH had dramatically improved the quality of life these adults with former growth hormone deficiency.

Acromegaly: this is an irreversible overgrowth of bones and muscles.  Acromegaly naturally can develop slowly over the years if a pituitary tumor secretes very high amounts of HGH — a theoretical concern for HGH supplementation.

Plastic skin: HGH is reported by teaching physicians at the American Academy of Anti-aging Medicine to result in a shiny, plastic facial skin appearance after 20 years of continuous use at physiological replacement doses. They suggest that intermittent should prevent this effect.

First step to starting HGH: Find an anti-aging physician, be tested and get a Rx

Start by finding a doctor who will prescribe HGH. Consider searching for a local compounding pharmacy to ask them who locally prescribes bio-identical hormone replacement including HGH.

Next, ask this doctor to test your HGH blood level. This is done by measuring your serum IGF-1 (insulin-like growth factor-1, a.k.a. somatomedin-C), since HGH has a very short half-life and IGF-1 is a measurable marker for HGH. Have IGF-1 measured initially and again a few months after you are taking HGH.  You can also get an IGF-1 level through the Life Extension Foundation.

The definition of growth hormone deficiency (GHD) can vary by physician. Most anti-aging physicians will still prescribe it even if you have clinical findings (symptoms, signs, risk factors, etc.) consistent with GHD along with an IGF-1 level in the lower portion of the reference range (or borderline).  When you and your physician realize the large body of scientific evidence (described above) showing the effectiveness of HGH for treating various manifestations of aging, which symptoms you have, then a prescription for HGH will be given.

Once you decide on HGH supplementation, deciding on what form and dose of HGH is the next task for you and your doctor.

HGH injections are by far the most effective form — and the most expensive, ranging from approximately $600 per month or more, depending on HGH brand used and dose. It is sold in milligrams or International Units (IU). Three IU = 1 milligram.

For example, somatropin (Genotropin®) is one of the injectable recombinant human growth hormones used today. The recommended dose in adults is from 0.15-0.3 mg per day, but may need to be increased to as high as 1.33 mg per day. At the average dose of 0.6 mg (2 IU) per day, you can purchase a month supply of this for around $1,000. Other brands include: Humatrope (from Eli Lilly), Genotropin (Pharmacia/Upjohn), Saizen (Serono Laboratories), Norditropin (Novo Nordisk), and Nutropin (Genentech). You will want to start with a low dose (i.e. ½ IU per day) and work up to 1-2 IU per day, 4 – 7 days per week, and taking more than 2 units per day has been reported to begin to put you at some risk of side effects.

Injectable Growth Hormone Releasing Hormone (GHRH) acts much like HGH but with even more specific results. One example is Tesmorelin (Egrifta). Tesamorelin was approved by the FDA in the United States on November 10, 2010 and has some great therapeutic effects. This GHRH agonist restores normal Growth Hormone secretion into your blood (to mimic natural GH), selectively reduces visceral (belly) fat, intima media thickness (atherosclerosis) and triglycerides, and improves cognitive function in older persons. Currently, the price of Tesamorelin is quite a lot more than the price of an equivalent amount of human growth hormone (three times the HGH cost).

All this information about HGH is pretty exciting if you asked me. I will be recommending HGH for my patients who qualify for a prescription based on their IGF-F level and Growth Hormone Deficiency clinical findings (symptoms, signs, or risk factors).

To feeling healthy and aging slower,

Editor’s note: If HGH is not for you, you should be aware of the insulin connection to blue zones… areas around the globe where seniors are increasing their longevity and their health by balancing their master hormone. You can read about it in The Insulin Factor. Click here for a preview of what you’ll find...