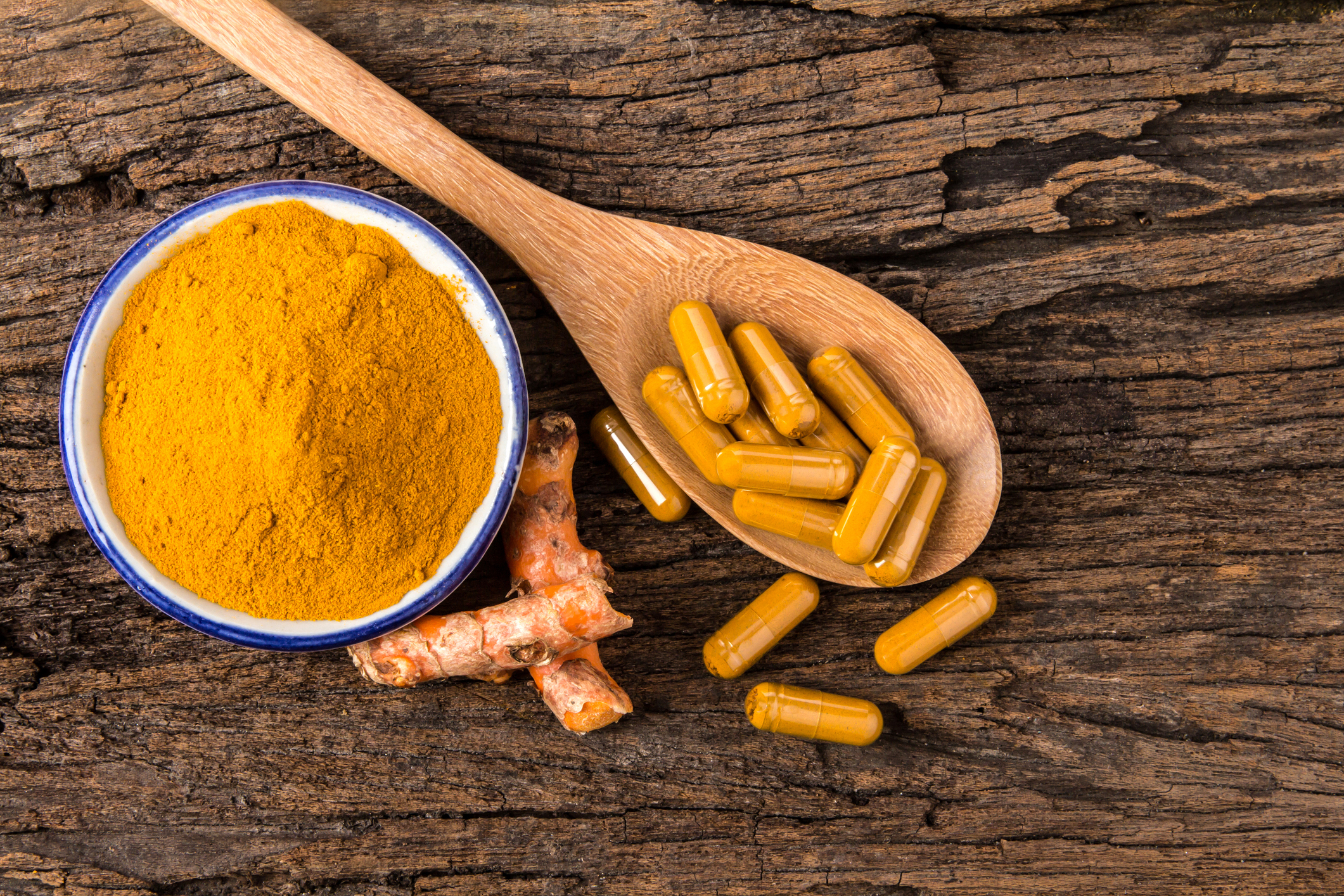 For those of us who don’t exercise regularly, or who may be starting an exercise routine back up after injury, illness or surgery, it’s a bit of a challenge to get enough of a workout to reap all the benefits of exercising, but not strain or injure muscles.

Of course, muscle aches and pains will happen, even if the extent of your activity is gardening, walking, dancing or playing. When they do, NSAIDs like Motrin or Advil are what many people reach for. But NSAIDs come with some concerns.

That’s one reason I’m happy to tell you about a natural compound with none of those side effects, one you can find in your spice cabinet that can help prevent the sore muscles and inflammation that often comes with any kind of physical exertion.

In a study published just over a year ago, researchers from the Department of Kinesiology at Mississippi State University showed that supplementing with curcumin, the active compound found in the turmeric root, reduced muscle damage, muscle soreness and inflammation following exercise.

For a period of 28 days, 19 men were given either curcumin or a placebo and asked to perform strenuous exercise.

Blood samples were tested for various markers of inflammation and oxidative stress, including the enzyme creatine kinase (CK). High CK levels in muscle tissue indicate that some sort of muscle damage has occurred.

This is good news, indeed, for those of us who haven’t been exercising regularly but are trying our best to get there.

As opposed to acute muscle soreness, which happens during or right after exercising, DOMS shows up a day or two later and is quite a bit more troublesome.

It can involve tender, swollen muscles, as well as muscle stiffness and loss of strength.

The golden-colored oil of the Nigella sativa plant contains compounds essential for a healthy immune system. That explains why it was documented in the oldest medical writings. But we don’t just rely on history to prove the therapeutic benefit of…
Buy Now!

In this study, researchers in New Zealand asked 17 healthy, active men to perform a series of single-leg presses on a leg-press machine — an exercise they would not normally do.

Before and after the exercise, they gave the men either a curcumin supplement or a placebo and assessed them on measures of muscle pain, tenderness, swelling and jump performance, as well as doing blood tests before and after exercise, looking for markers of inflammation.

Pain was significantly less in the curcumin group, as were markers of inflammation and muscle damage.

Just a year earlier, when male volunteers received either a placebo or a curcumin supplement for four days (two days before a downhill running test and one day after), those in the curcumin group reported less lower leg pain.

And the benefits could also be seen… when MRIs were done, significantly fewer of those who had taken curcumin had any evidence of muscle injury.

A word about curcumin supplements

On its own, curcumin is not easily absorbed by our bodies. It’s best to look for a supplement that also has piperine (black pepper extract) which has been shown to increase curcumin’s absorption by 2,000 percent.