Home » How to sleep your way to better weight loss 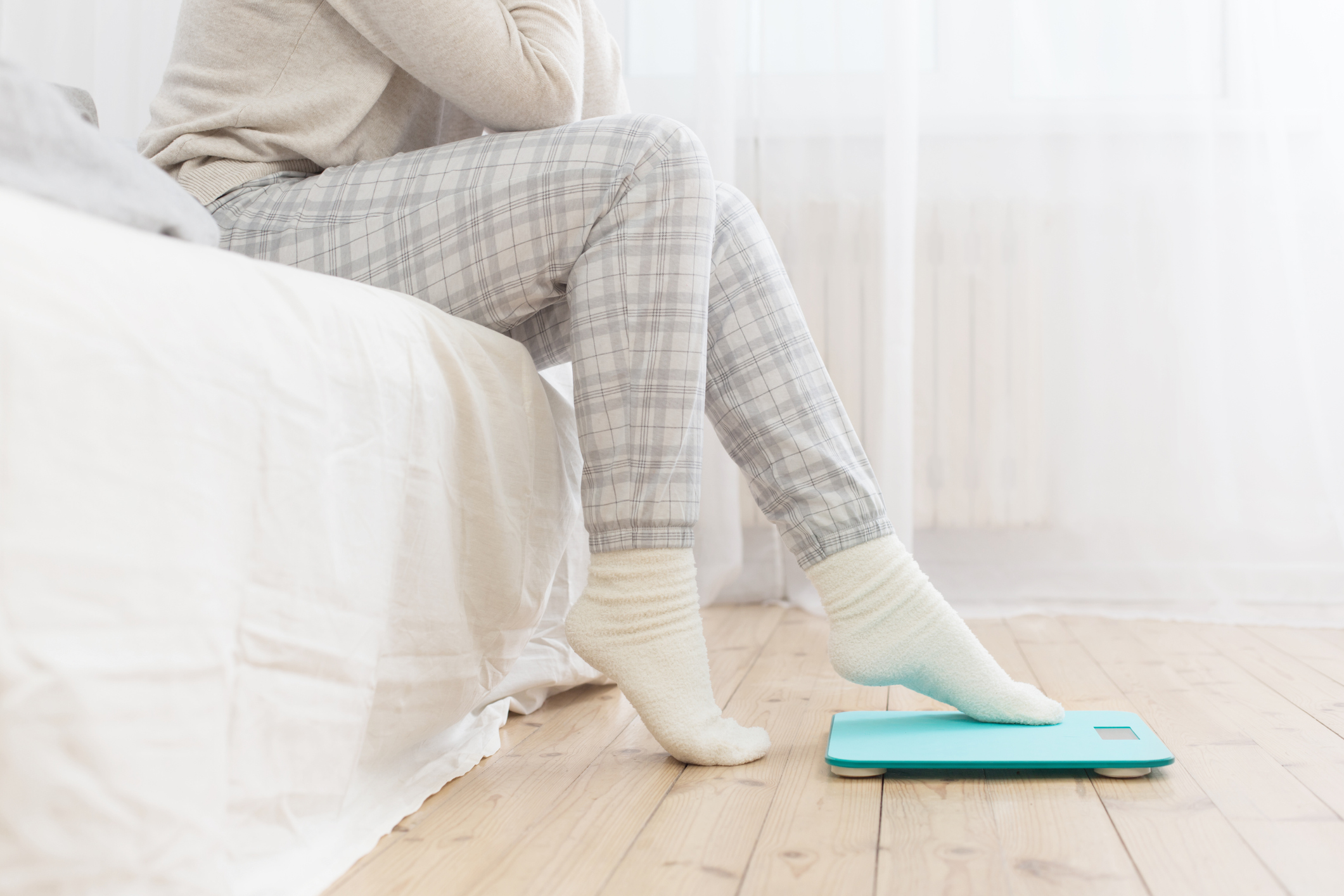 If you’re trying to lose weight, here’s a question for you…

Did you know that how many hours you sleep at night can affect your ability to lose weight, just as much as what you eat?

In fact, the two are intimately connected.

That’s right. A lack of sleep can affect the hormones that control your appetite, making you want to eat more.

And when you do eat, it’s likely you’ll reach for those sugary carbs, rather than the protein that helps you build strong muscles and stay active.

The wrong kind of weight loss

When you’re trying to lose weight, your aim is to lose body fat and keep muscle mass.

This is especially important after age 50, when you’re naturally losing about 2 percent of your muscle mass every year. The last thing you want to do is to accelerate this process.

Your goal should be to lose fat, not muscle. But research shows that a lack of sleep can cause the opposite to happen.

In one study, people who slept only 5.5 hours each night over two weeks not only lost less fat than those who slept over eight hours a night but also lost more muscle.

A later study found that reducing sleep by just one hour a night for five nights a week resulted in a change in body composition. That means that, even while cutting calories, people lost more muscle than fat.

Like many things in your body, your appetite is controlled by hormones.

Leptin is the hormone that signals your brain that you’re full so that you stop eating. It also increases the number of calories you burn. Ghrelin is your “I’m hungry” hormone.

A study involving 1,024 participants found that those with short sleep (less than 7.7 hours) had reduced leptin levels and elevated levels of ghrelin.

The authors concluded that “in Western societies, where chronic sleep restriction is common and food is widely available, changes in appetite regulatory hormones with sleep curtailment may contribute to obesity.”

In other words, chronic insomnia and lack of sleep may be a major contributor to the obesity epidemic in this country.

How lack of sleep gives you the “munchies”

For me, a sleepless night is usually followed by a day of the “munchies.” Maybe you’ve had the same experience.

I’ve always chalked it up to needing more energy. Unfortunately, the sweet, salty, high-fat goodies I wind up eating have the opposite effect.

Now, a University of Chicago study has an explanation for this phenomenon.

“… sleep restriction boosts a signal that may increase… the pleasure and satisfaction gained from eating,” says Dr. Erin Hanlon, a research associate in endocrinology, diabetes and metabolism at the University of Chicago.

Apparently, as far as your body’s endocannabinoid system is concerned, not getting enough sleep has the same effect as smoking marijuana: it stimulates a “pleasure signal” known as 2-arachidonoylglycerol (2-AG).

Normally, blood levels of 2-AG fall overnight, then rise slowly during the day, peaking in the early afternoon.

But for the sleep-deprived participants in the study, levels rose higher than normal, and remained elevated beyond the typical 12:30 p.m. peak and right on into the evening.

And, those sleep-deprived people reported higher scores for hunger. When offered snacks, they chose ones that provided 50 percent more calories and twice the fat compared to what they ate when they had slept for eight hours.

What to do when you just don’t get enough sleep

But what about those times when you’re out late, traveling or have to burn the midnight oil to make an important deadline?

Registered dietitian Marjorie Nolan Cohn suggests four strategies that will help you keep your eating under control, even when you have to cut your sleep short.

Eat on the clock. Eating three meals and one snack per day, spaced every three to four hours, can help your body stay in sync with the natural peaks of ghrelin, your hunger hormone.

Eat protein. To suppress ghrelin and avoid craving sweets, eat some lean protein, such as chicken breast or fish, or egg whites, at each meal.

Take a rest. If your mind and body are overly tired, even 10 minutes of dimming the lights, putting your feet up and closing your eyes can be enough to reset your ghrelin sensors and prevent high levels of the hormone that set you up for overeating.

Resistance exercise. Cardiovascular exercise, the kind that makes you sweat and breathe hard, burns calories and drives up ghrelin levels.

While you need this type of exercise for your heart and overall health, resistance training is a better choice for those sleepy days. It doesn’t affect ghrelin levels and has the added benefit of building muscle and boosting your metabolic rate.

So, when you’re tired, grab some weights or do some pushups instead of going for a jog.

Why Sleep Is So Important For Losing Weight, According to Researchers — Science Alert