Home » Is E. coli and a bad diet a recipe for colon cancer? 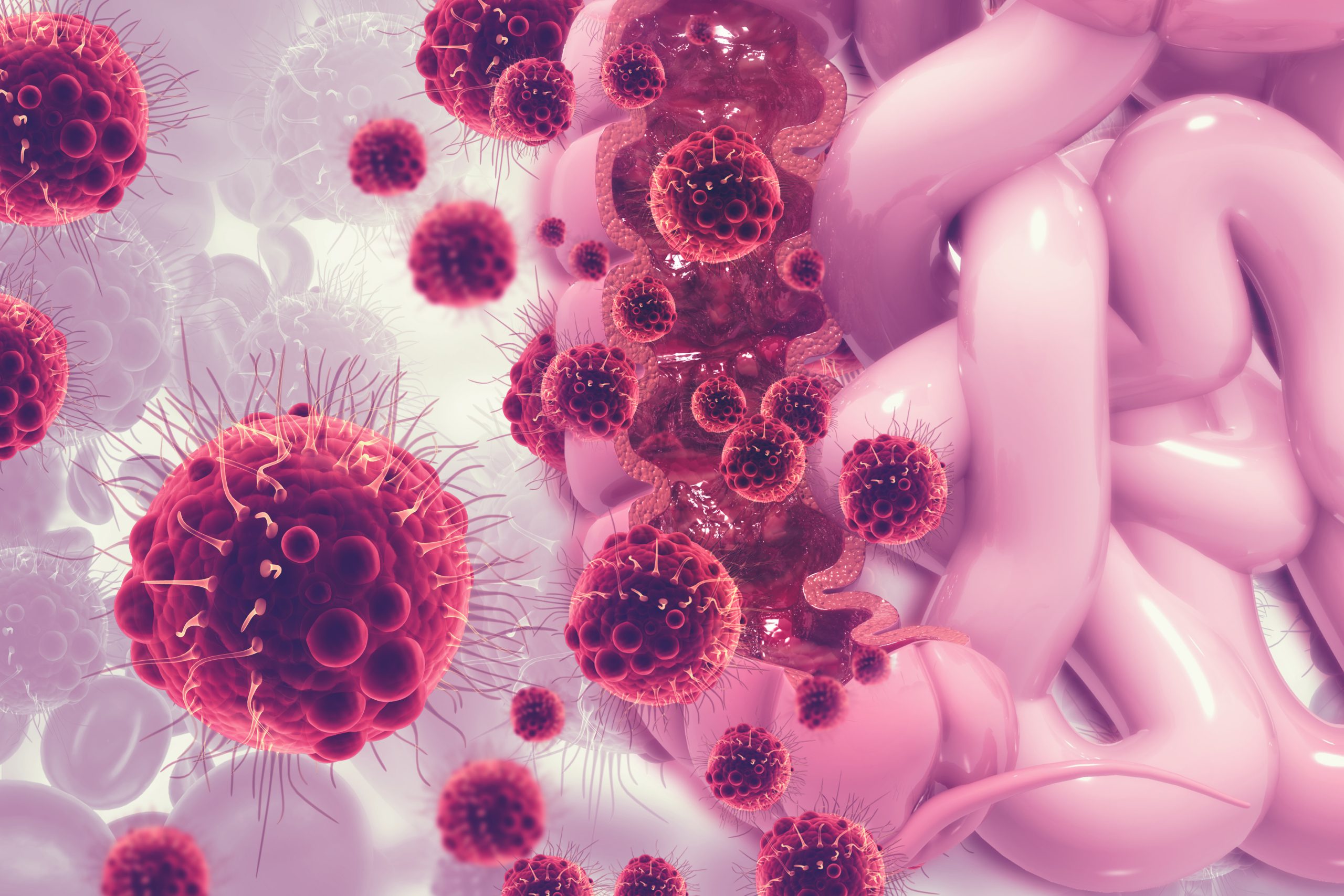 We’ve known for a while that Escherichia coli (E. coli)bacteria may play a role in colon cancer…

In 2012, researchers looked at an E. coli strain that carries polyketide synthase (pks) genes. This genetic material produces a DNA-destroying toxin that causes the mutations in human cells that cause cancer.

In the same study, the scientists found much higher levels of this variety of E. coli in people with inflammatory bowel disease and those with colon cancer. Further research found that laboratory animals harboring E. coli expressing pks (pks+ E. coli) have a higher incidence of colon cancer.

Because the bacteria that affect our health constitute our intestinal microbiome, researchers have speculated that diet may have an impact on pks+ E. coli and colon cancer.

Recently, an international group of researchers decided to analyze dietary patterns as well as DNA from E. coli strains found in more than 1,000 colorectal tumors to see if that hypothesis would hold true.

What they found may change the way you eat….

Overall, results demonstrated that a Western-style diet — rich in red and processed meat, sugar and refined grains and carbohydrates — was indeed linked with colorectal tumors containing high amounts of pks+ E. coli. By contrast, the Western diet was not associated with tumors containing little to no pks+ E. coli.

“Our next question is which component of Western-style diet and lifestyle relates to colorectal cancer containing this bacterial species,” he adds.

The danger depends on the type

It’s not surprising that pks+ E. coli in the gut might influence colorectal cancer development. Just as a healthy gut microbiota can protect against cancer, heart disease and mood disorders, unhealthy gut bacteria can promote a variety of diseases.

However, one thing to remember about E. coli is that only certain strains cause illness. Most E. coli strains are harmless and an important part of a healthy human gut microbiome.

So, how can you know the difference? The only way is to get your stool tested. If you’ve had diarrhea for more than three days, or that’s accompanied by high fever, bloody stools or extreme vomiting, contact your healthcare provider. They can test your stool for the presence of Shiga toxin-producing E. coli (STEC), the pathotype that’s most commonly associated with foodborne outbreaks.

The worst part of E. coli infection is once you have it, there’s no antibiotic or medication that will get rid of it. Treatment is limited to symptoms and includes rest and fluids.

Your best bet is to avoid it as much as possible. The most common source of E. coli-foodborne illness is eating undercooked, contaminated food, like ground beef. Other potential sources of E. coli infection include raw milk, unpasteurized juice and salad greens like spinach and romaine. Even if they’re labeled as prewashed, you should always wash all your greens again before consuming them.

What else can you do? Don’t make it easy for the cancer-causing bacteria to contribute to colon cancer.

The same researchers who in 2012 identified the relationship between pks+ E. coli and colon cancer also studied how different foods affect E. coli movement in the gut. They discovered the fat emulsifiers found in processed foods increase the amount of E. coli being taken in by cells.

These results suggest the processed foods common in a Western-style diet — like the red and processed meat, sugar and refined grains and carbohydrates deemed problematic in the most recent study — could be the real danger when it comes to E. coli and colorectal cancer.

Conversely, they found plantains and broccoli reduced the amount of bad bacteria being absorbed. Both of these foods are prebiotic fibers — which also help to regulate the gut microbiome and prevent dysbiosis — the overgrowth of bad bacteria. Unfortunately, these foods are much less a part of a Western diet.

Given that processed foods cause a host of other health problems, including obesity, diabetes, metabolic syndrome, stroke and heart disease, it’s best to rid your diet of as many of them as possible.