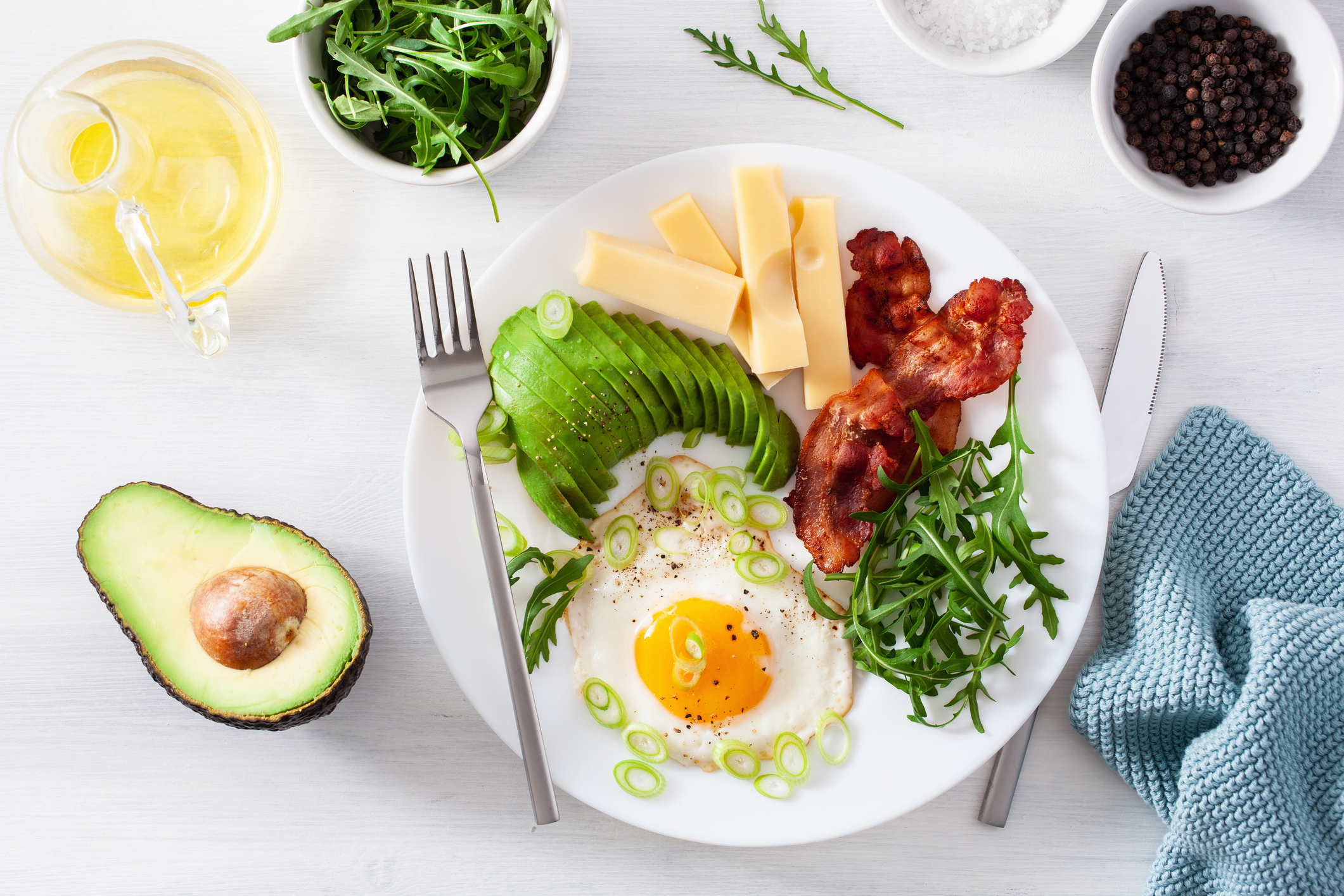 Making changes to your diet can drastically improve your autoimmune disease symptoms… or even send your disease into remission. But what diet is best if you want to get an autoimmune condition under control?

That’s still up for debate. But whatever diet you choose, make sure it’s one that fights rather than fuels inflammation.

You’ve probably already seen long lists of anti-inflammatory foods posted on social media and on blogs… and these are helpful to some degree. But mastering the inflammation that’s behind your autoimmune disease may be less about eating a handful of foods that fight inflammation and more about embracing an eating style that reduces inflammation by totally transforming your body’s metabolism — enter the keto diet.

The keto diet quells disease-fueling inflammation through the gut

There are more than 80 types of chronic autoimmune diseases that, according to the National Institutes of Health, affect more than 23.5 million Americans. Some you may know include rheumatoid arthritis, Hashimoto’s thyroiditis, lupus, celiac, multiple sclerosis and Grave’s disease, to name a few.

Researchers from the University of California, San Francisco just confirmed that the keto diet makes changes to the gut that reduce inflammation and could help people suffering from autoimmune disorders.

If you’re not familiar with the keto diet, here are the Cliff’s Notes… it’s an extremely low-carb, high-fat diet that triggers significant metabolic changes in your body. By keeping carb intake super low, the keto diet forces your body to switch from using carbs for fuel to using fat molecules called ketones for fuel.

This latest study included 17 overweight or obese nondiabetic men. Researchers asked these men to spend two months as inpatients in a metabolic ward, so they could closely keep track of their diets and exercise habits.

Researchers took a look at stool samples to analyze the difference in these men’s microbiomes as they switched between standard diets and keto diets. And here’s what they found…

The keto diet made some dramatic shifts to their microbiomes. There were changes to at least 19 different bacteria, including bacteria that fell into these categories: Actinobacteria, Bacteroidetes and Firmicutes. The diet also made huge changes to gut levels of the common probiotic Bifidobacteria. These levels went down quite a bit.

What did these changes mean for these men’s long-term health?

To explore that question, researchers transplanted microbiome components from humans following the keto diet into mice. They discovered that the microbial changes triggered by the keto diet reduced the amount of Th17 immune cells in these mice. Th17 immune cells are a type of T cell that helps fight infection. Unfortunately, these immune cells are also known to drive inflammation in autoimmune diseases. So, fewer of them could mean less inflammation… and maybe even less autoimmune disease flare-ups.

Researchers did a little more exploration into how the keto diet influenced the microbiomes of mice. They shifted their diets between low-fat, high-fat and low-carb ketogenic diets. And they uncovered another interesting piece of information for those considering embracing a new diet…

High-fat and ketogenic diets have an opposite impact on the gut microbiome. That means the low-carb part of keto is critical. Eating a lot of fat without cutting carbs enough won’t do your microbiome any favors.

Consider these autoimmune diets before you go keto

One of those diets is the autoimmune protocol diet (AIP). This diet is a variation of the paleo diet, which means it’s also low carb… but not quite as low carb as the keto diet.

The AIP diet starts with an initial elimination phase where you stop eating grains, legumes, nightshades, dairy, eggs, coffee, alcohol, nuts and seeds, refined sugars, oils and food additives. That’s because these foods are thought to cause intestinal inflammation, microbiome imbalances and cause food intolerances. While eliminating these foods, you also focus on eating more healthy foods like fresh, nutrient-dense foods, bone broth and fermented foods (a great source of lactobacillus which boosts blood levels of inflammation-fighting vitamin D). Eventually, you go into a maintenance phase where you start adding foods back into your diet to see which you can tolerate and which trigger symptoms.

The Wahl’s protocol is another great option for people with autoimmune diseases. It’s also a variation on the paleo diet, but this one was developed by Dr. Terry Wahls, a clinical professor of medicine at the University of Iowa who used it to successfully send her secondary progressive multiple sclerosis into remission.

The Wahl’s protocol has been successfully used to treat people with obesity, diabetes, fatigue, chronic pain, lupus, rheumatoid arthritis, inflammatory bowel disease, post-traumatic stress disorder and traumatic brain injury. So, it’s worth looking into if you suffer from these or other autoimmune diseases.