Home » Doing this now could save you next flu season 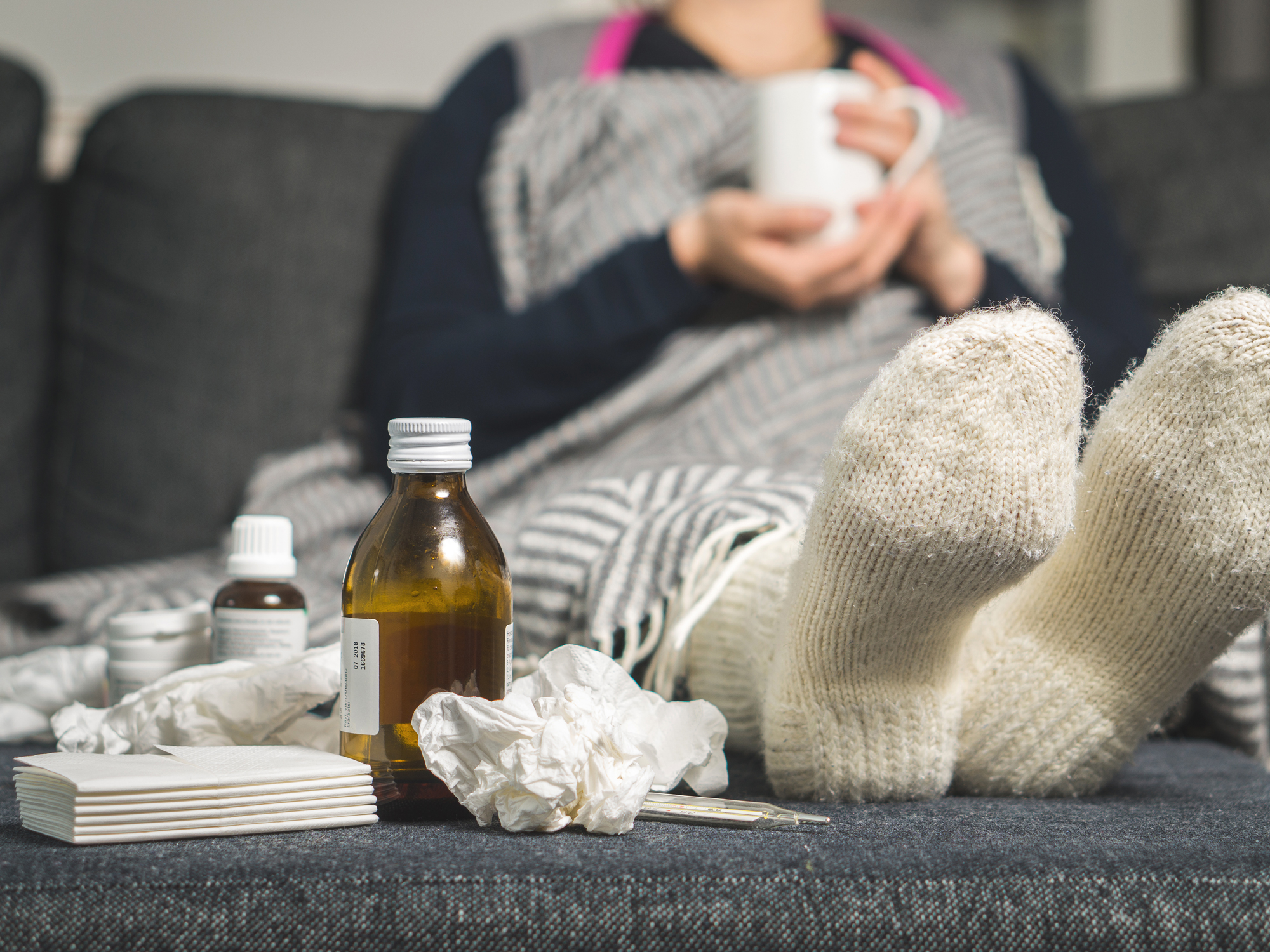 If you were one of the unlucky ones who got the flu, you may be wondering how you can prevent yourself from reliving that awful experience again next year.

If you’re thinking ahead like this, good for you! Immune health is a long game. You can’t just ignore your immune system from late spring to late fall and expect it to be ready to fend off some of those scary flu bugs that have been circulating in recent years.

That would be like entering a marathon, sitting on the couch for months, then showing up on the day of the marathon and expecting to win when you haven’t laced up your running shoes all year. It’s not going to happen.

So what can you do to set your immune system up for success next season?

Well, there are a lot of ways to build a strong immune system. But there’s one tactic in particular that science shows could ease next year’s flu season significantly…

Sunshine, vitamin D and the flu

It’s no secret that millions of Americans are chronically deficient in vitamin D. And this vitamin D deficiency peaks during the time of year when we need that immune-supporting vitamin most — flu season.

In fact, if you live in a northern climate, it’s impossible to get enough vitamin D from the sun during the winter. That means you have to rely on vitamin D supplements — and if you’re following most dosage recommendations, even then you won’t get enough.

A recent research paper published by the National Bureau of Economic Research suggests getting more sun right before flu season starts — like in August and September — could reduce flu season severity immensely.

Researchers looked at data from several states during the 2008-2011 flu seasons. They found that states that had more sun during August and September had fewer cases of the flu once flu season struck.

After analyzing the data, researchers determined that a 10 percent increase in sunlight led to a three point reduction in flu season severity on the CDC’s 10-point flu scale index. Basically, more sun meant a much less severe flu season.

These results are exciting… especially after the doozy of a flu season we just had. But they’re not all that surprising if you’ve heard anything about the connection between vitamin D and respiratory tract infections like the flu…

A study conducted last year by researchers from University of Queen Mary London found that taking vitamin D daily could slash your risk of developing an acute respiratory infection (like a cold or the flu) by up to 50 percent. And there have been plenty of other studies demonstrating that vitamin D is a powerful flu fighter.

But you may still be wondering how getting more sun in September can help you a few months later in December when flu season is at its peak.

Well, researchers say that since vitamin D is fat soluble, it’s stored in your body fat instead of secreted through the kidneys like water soluble vitamins. That means it sticks around in your body a lot longer. If you get a healthy dose of vitamin D in August, you could still have as much as half of that vitamin D in October when flu season starts gaining momentum.

If you’re still avoiding the sun as much as possible because of skin cancer fears, it’s time to rethink your sun exposure. Sure, you want to approach the sun with common sense and moderation. But too little sun is just as bad as too much sun.

“I was always taught as a child that sunlight had no benefit, that it was only bad. ’You can get a sunburn or skin cancer. Wear your hat and your sunscreen and stay inside all the time,'” said David Slusky, assistant professor of economics and the paper’s co-author. “Now we know that not only vitamin D has health benefits, but also that there is seasonal-affective disorder and related depression, due to lack of sunlight. It’s a much more complicated and nuanced relationship. Trying to weigh the cost and benefits appropriately is a broader conversation worth having.”

Clearly, some sun exposure is good for you. But how much time in the sun do you need to get the right amount of vitamin D?

Well, you’ll still want to protect yourself from the sun a lot of the time with sunscreen and hats… especially during the summer. But everyone should spend short periods of time in the sun without any protection during the mid-day when the sun is strongest.

The tricky thing is, the amount of time you need to spend in the sun varies depending on how dark your skin tone is, how much skin is exposed, where you live and what time of year it is. All these factors make sun requirements very unique to your individual skin and situation.

Luckily, scientists from the Norwegian Institute for Air Research made balancing your sun exposure a little simpler. They created an online calculator that factors in all these important variables, so you don’t overdo or underdo the sun.

Check out this UV exposure calculator to figure out how long you need to sit in the sun to get your vitamin D. (FYI…the calculator only includes a handful of cities, so you’ll most likely have to enter the latitude and longitude of your hometown.)

It’s always better to get your vitamins and minerals the most natural ways possible …and in the case of vitamin D that’s from the sun. So don’t shy away from the sun when it’s available. Use moderation, but make sure to build up that vitamin D supply before flu season strikes.