Home » How this one activity really makes you younger

Engaging in regular physical exercise isn’t just important for helping ward off heart disease, depression, stroke, and diabetes, or for keeping your body flexible, toned, and strong. It also has a similar effect on your brain. In fact, there’s a lot of evidence that exercise actually makes your brain younger.

No, you won’t be transported back to your twenties, but aerobic exercise could be your passport to having a brain that functions like it did in your younger days, at least when it comes to high-level thinking skills such as decision-making, problem-solving, and attention.

As we age, our flexibility, range of motion, and overall mobility decline, but their deterioration can be effectively mitigated by regular aerobic activity. Numerous studies have found this to be true of brainpower as well, including the two discussed below.

Turning back the effects of time

The first study I want to address is one in which neuroscientists explored brain activity in older men. They were drawn to conduct this research because of earlier studies that found significant differences in brain activation between younger and older adults. Specifically, they observed differences during high-level thinking tasks, which are centered and activated in the brain’s prefrontal cortex.

In younger people, brain scans showed that performing such mental tasks caused the brain’s prefrontal cortex to light up nearly exclusively in either the left or right side. In older adults, however, the brain needs to work much harder, demonstrated by both sides of the prefrontal cortex lighting up. Experts call this activity HAROLD: Hemispheric Asymmetry Reduction in Older Adults.

Could aerobic exercise have a positive effect on HAROLD–the prefrontal cortex and thus high-level thinking? A team under the direction of Hideaki Soya, a professor of exercise and neuroendocrinology at the University of Tsukuba in Japan, decided to find out. They recruited 60 men ages 64 to 75 who had no signs of cognitive decline. 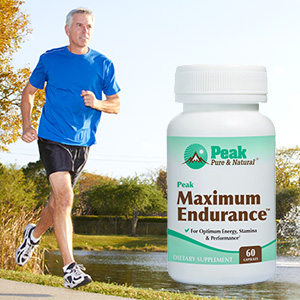 After testing each man’s level of aerobic fitness, the participants completed complex mental tasks that involved attention and decision-making skills while their brain activity was monitored. The most aerobically fit of the men showed brain activity similar to that of younger adults; that is, they needed only the left side of the prefrontal cortex.

These men also were quicker and more accurate when completing the mental tasks than the men who were less aerobically fit. Men in this latter category showed activity on both sides of the brain and also did not perform as well during testing.

Although this study doesn’t prove that aerobic fitness changed the men’s ability to think and make decisions, Dr. Soya noted it did suggest that “higher aerobic fitness is associated with improved cognitive function.” The study also did not explore the impact of other types of exercise, such as resistance training.

The second study was done at the University of British Columbia and reported in 2014. A team of experts found that in older women with probable mild cognitive impairment, participation in regular aerobic exercise enhanced the size of the hippocampus, which is the area of the brain involved in learning and verbal memory. Muscle toning, balance, and resistance training exercise did not yield the same results.

Aerobic exercise, either in its traditional forms such as walking, jogging, and swimming or as high-intensity interval training (HIIT), should be a part of your regular physical fitness routine. Exercise not only enhances your physical health; it can make your brain younger.

But what if you’re not physically up to aerobic exercise? Hopefully, you can start out light and build up to it. But if you struggle with health issues that make it impossible, the key is finding something you can do and sticking with it.

In a Canadian study, researchers found that there was no single exercise that was best for the brain. Instead, the type of exercise they found that produces the most benefits is simply whatever you are willing to do on a consistent basis. It doesn’t have to be very strenuous or designed to make you super-fit.

You just have to get up and move around most days of the week.