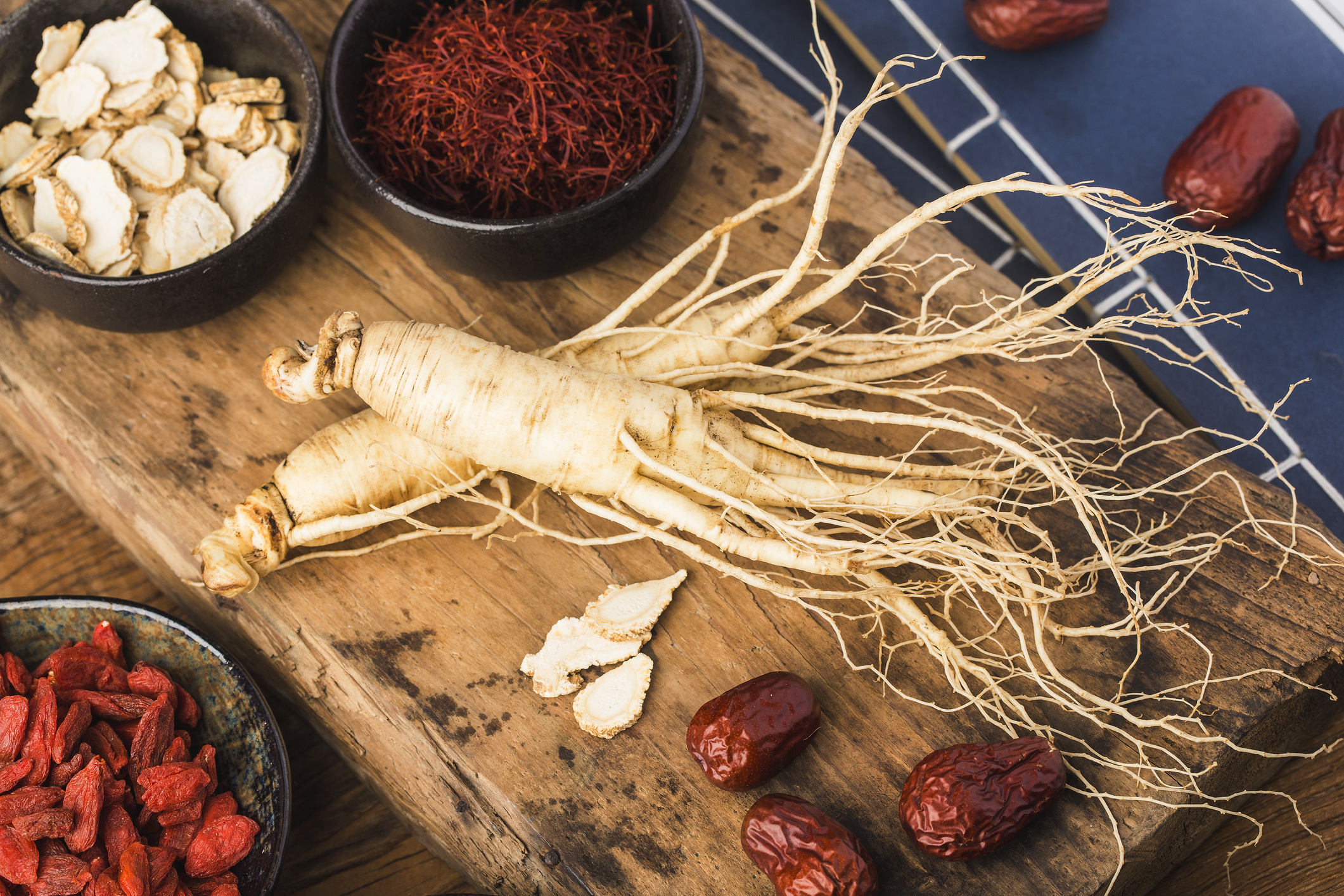 Ginseng is an amazing healing herb that’s been used in traditional medicine for centuries.

A cup of ginseng tea in the morning can wake you up better than a cup of coffee.

And, unlike coffee, ginseng (in tea or supplement form) is an anti-viral and anti-inflammatory that stops our stress response cycle, including the immune response that follows stress.

The benefits of this are many, including boosting memory and brain function and preventing cancer.

A recent study points to the ability of one variety, Korean red ginseng, to actually slow down the aging process at the cellular level.

Just a few months ago, a group of Korean researchers concluded a study where the subjects were postmenopausal women, ages 46 through 69.

Post-menopausal women are particularly vulnerable to oxidative stress and physical aging, because of their reduced estrogen levels.

The women in the study were divided randomly into two groups. The experimental group took a tablet containing 2g of Korean red ginseng (KRG), every day for eight weeks, while the control group received a placebo.

Korean red ginseng (KRG) is Korean white ginseng that has been steamed and dried, resulting in an increased concentration of beneficial compounds known as ginsenosides.

After eight weeks, three main effects were evident in the experimental group:

In other words, taking just 2g of red ginseng per day for eight weeks moved the needle toward healthier aging and increased longevity.

Things to know about ginseng

Red ginseng does more than slow down aging. It’s been found to block a protein that causes the spread of lung cancer. It also can fend off infection by the influenza A virus.

Ginseng is an adaptogenic herb, which means it helps the body adapt to almost any adverse situation, and by doing this it also stops chronic inflammation in its tracks, helping with everything from memory and brain function to metabolic health.

Ginseng is available as supplements, extracts or tea.

Just be aware that ginseng is potent and can interact with some medications, particularly blood thinners, antidepressants, antipsychotics, morphine and some diabetic medications. If that’s the case, you don’t have to miss out on energizing your mitochondria…

Another option is pyrroloquinoline quinone (PQQ), a powerful antioxidant that’s considered a “longevity” nutrient because it lowers the risk of age-related disease by improving the function of the mitochondria. In fact, PQQ may do more than improve the function of mitochondria — it may actually replenish mitochondria, which begin to dwindle in number as we age.