Home » How to squeeze the most cataract-fighting lutein from spinach 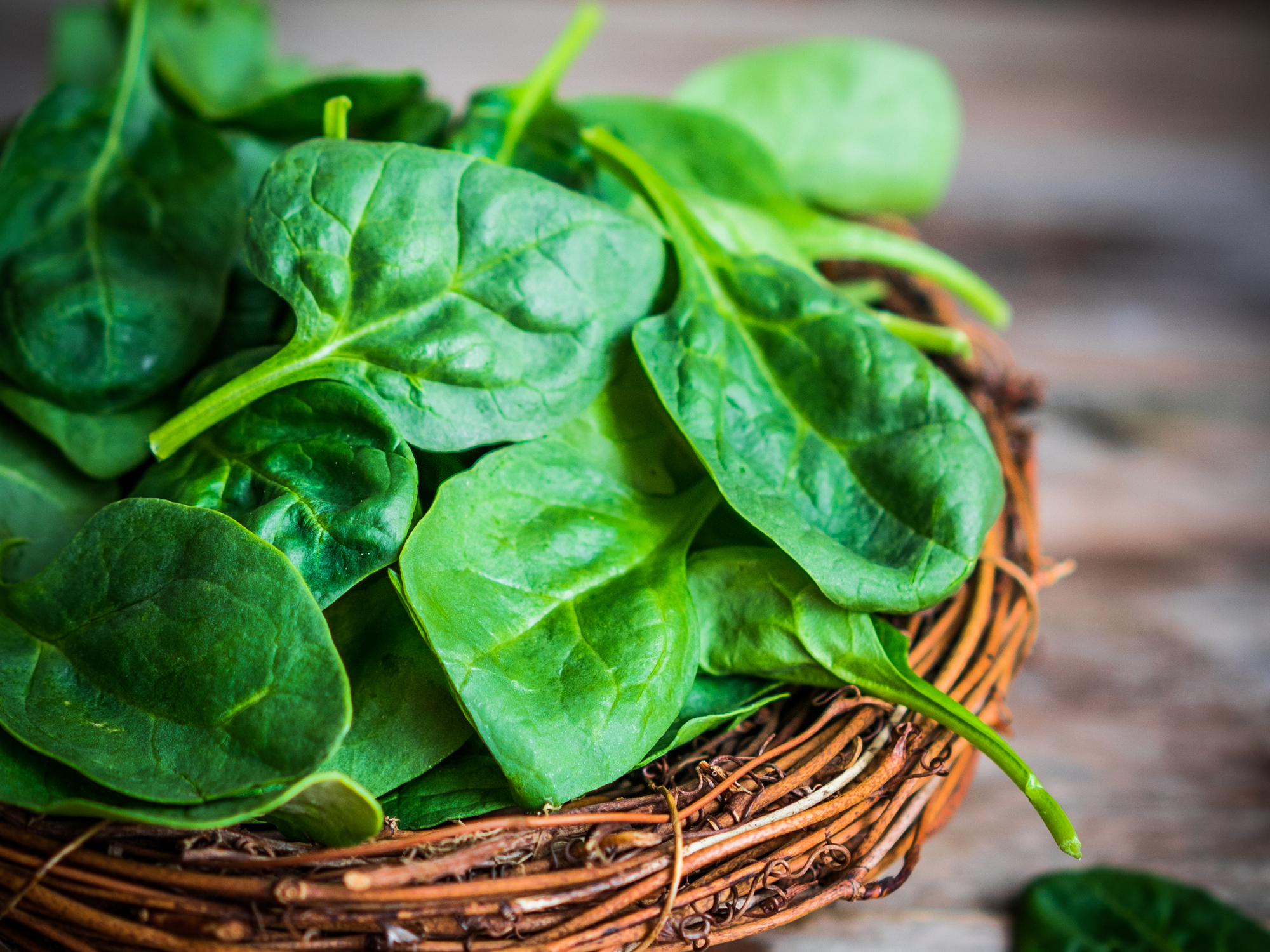 You know spinach is good for you. But you may not know why…

It’s packed with vitamins and minerals, including vitamin K, vitamin A, vitamin C, folate, manganese, magnesium, iron and vitamin B2.

It also contains beta-carotene, lutein, and zeaxanthin. These phytochemicals (known as carotenoids) improve your health in so many ways…

They prevent eye diseases like macular degeneration and cataracts. Plus, they reduce the inflammation that drives heart disease.

That sounds great, right? Just eat some steamed spinach at dinner and you can cut your risk of several serious diseases. Unfortunately, it’s not that simple…

Even if you’re eating plenty of spinach (which, based on the statistics for fruit and vegetable consumption in the U.S., many of us aren’t), you may not be squeezing the most feel-good potential out of this dark, leafy green.

Why you’re losing the lutein in your spinach

To avoid doing exactly that, Linköping University researchers say you should eat (or drink) your spinach raw. Why?

Well, they bought baby spinach from the supermarket and exposed it to different cooking methods for as long as 90 minutes.

And during some forms of heating, lutein is lost very quickly…

Frying spinach, for example, quickly lowered lutein content. It only took two minutes for lutein levels to take a dive.

But that’s not the only reason…

According to research, we are depleting the Earth’s soil resources faster than the nutrients can be replenished.

“Ever since humans developed agriculture, we’ve been transforming the planet and throwing the soil’s nutrient cycle out of balance,” says Ronald Amundson, a UC Berkeley professor of environmental science, policy and management.

The best way to get lots of lutein

So, clearly, you shouldn’t turn to foods that are cooked for a long time at high heats, like lasagna or stew, as your primary source of spinach (and lutein). But what should you turn to?

Spinach salads are an obvious choice. But there’s another option that’s even better…

When spinach leaves are chopped into small pieces they release more lutein. So, pulverizing them in a blender is a great way to get the most lutein from each leaf. Plus, the spinach in smoothies isn’t heated at all, so you’re not losing any of that precious lutein to heat.

If you want to make your spinach smoothie even more potent, though, there’s one more thing you can do…

Add some dairy. Since lutein is fat-soluble, putting milk or yogurt in your smoothie will help your body absorb it better.

Better yet, add a scoop of greens powder for an extra shot of nutrient-rich green stuff.

Of course, if you’re really fiending for some hot spinach that still contains a healthy dose of lutein, you have another option…

Microwaving spinach breaks down the plant structure and causes it to release more lutein. Even if you just reheat spinach that’s already been cooked another way in the microwave, it boosts the lutein content.

In the end, pick the cooking method that encourages you to eat more spinach. If you like your spinach cooked a certain way and that makes it more appealing to eat, then that’s most important.

Just make sure to throw some spinach in a smoothie every now and then to ensure you’re getting enough of that oh-so-healthy carotenoid, lutein.