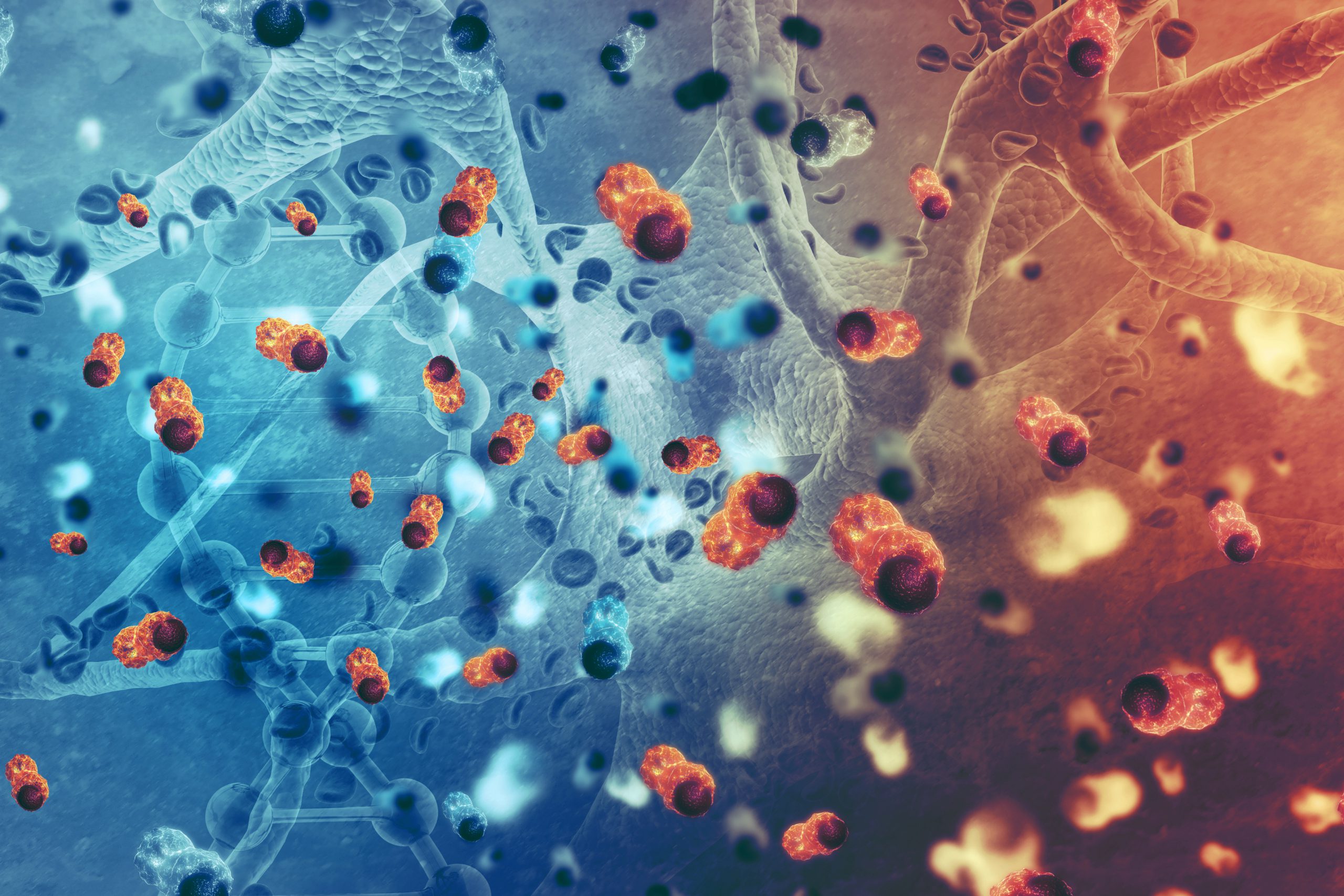 Cancer is a wily opponent. Its cells can avoid your body’s immune system, leaving them free to grow and spread unchecked. It can be difficult to detect in the early stages, when it’s easier to fight and vanquish. And it doesn’t always respond to treatment with drugs like chemotherapy.

Researchers are examining different types of gene therapy to develop more effective cancer treatments. One type, CAR T-cell therapy, adds new genes to some of the patient’s own immune cells so that they can better target and eliminate cancer cells. CAR T-cell therapy is currently being used to treat a specific type of leukemia and is being investigated for use in other types of cancer.

Another area of research is the mitochondria, the “powerhouse” structures that give human cells the energy and building blocks necessary for tissues and organs to function normally. The growth of cancer cells has long been assumed to be independent of mitochondrial function, but this belief has been challenged in recent years.

In particular, cancer stem cells have been discovered to be highly dependent on mitochondrial metabolism. However, due to mitochondria’s central role in tissue function and the extreme toxicity of drugs that target mitochondrial functions, targeting mitochondria for cancer treatment has so far proven difficult.

Now, an international team of researchers may have found a way to overcome these challenges….

Researchers testing a new compound in mice have discovered it stops cancer cells by attacking their mitochondria, the source of the cells’ energy. The compound stops cancer cells from growing by preventing the genetic information within the mitochondria from being read and could be used as a potential antitumor drug in the future.

“We managed to establish a potential cancer drug that targets mitochondrial function without severe side effects and without harming healthy cells,” says Nina Bonekamp, one of the lead authors of the study. The study team included researchers from the Max Planck Institute for Biology of Ageing in Cologne, Germany, the Karolinska Institute in Stockholm and the University of Gothenburg in Gothenburg, Sweden.

That part about not harming healthy cells is important. Because mitochondria in your healthy cells are not part of the problem. Mitochondria generate adenosine triphosphate (ATP), which is the cellular equivalent of fuel every cell in the body needs. So, keeping mitochondria healthy keeps us healthy. Mitochondrial dysfunction, on the other hand, has been associated with numerous conditions, from diabetes, Alzheimer’s and Huntington’s to autism, fibromyalgia and cardiomyopathy — and yes, cancer.

Mitochondria contain their own genetic material in the form of mitochondrial DNA molecules (mtDNA), whose gene expression is mediated by a dedicated set of proteins. One such protein is the enzyme mitochondrial RNA polymerase (POLRMT).

Previous findings show that rapidly growing cells, such as embryonic cells, are extremely sensitive to inhibition of mtDNA expression, whereas differentiated tissues such as skeletal muscle can tolerate this condition for long periods of time. With that in mind, the researchers decided POLRMT, as a key regulator of mtDNA expression, could be a promising target.

The research team was able to test and identify a chemical compound that inhibits POLRMT. The POLRMT inhibitor was found to strongly decrease cancer cell viability and tumor growth in tumor-bearing mice while being generally well tolerated by the animals.

Another advantage of the POLRMT inhibitor is that the researchers were able to identify exactly where it binds to POLRMT and what it does to the protein, in contrast to some other drugs in clinical use.

“Our data suggest that we basically starve cancer cells into dying without large toxic side effects, at least for a certain amount of time,” Ms. Bonekamp says. “This provides us with a potential window of opportunity for treatment of cancer.”

Ms. Bonekamp adds that since mitochondrial metabolism plays a central role in cell function, the POLRMT inhibitor can be used as a tool in a variety of different areas beyond cancer. “Of course, it is intriguing to further pursue its potential as an anticancer drug, but also as a model compound to further understand the cellular effects of mitochondrial dysfunction and mitochondrial diseases,” she says.

Diet and nutrition, including supplements, are often recommended to promote a cancer prevention lifestyle. For instance, we’ve written about how vitamin C can target and kill cancer stem cells by disrupting glycolysis, the process that fuels them. Cancer stem cells are particularly difficult to get rid of because they resist traditional treatment regimens like chemotherapy.

Also, several natural plant compounds have shown the ability to attack cancer cells at the cellular level. These include berberine, a compound extracted from the roots and stems of traditional herbs like the goldenseal plant, goldthread, tree turmeric, Oregon grape and Phellodendron; silibinin, the active component of milk thistle; and epigallocatechin-3-gallate (EGCG), a natural chemical found in green tea.

A study of berberine in breast cancer found it activates an enzyme that disrupts the mitochondria of the cancerous cell, causing it to starve and eventually self-destruct. Researchers studying EGCG in oral cancer discovered it causes the formation of reactive oxygen species in cancer cells, damaging the mitochondria and causing them to death-spiral by producing more reactive oxygen species. And, like vitamin C, silibinin showed the ability to inhibit glycolysis, the process that fuels cancer stem cells.

Nutrients such as antioxidants, CoQ10 and Pyrroloquinoline (PQQ) have been researched for supporting healthy mitochondria.