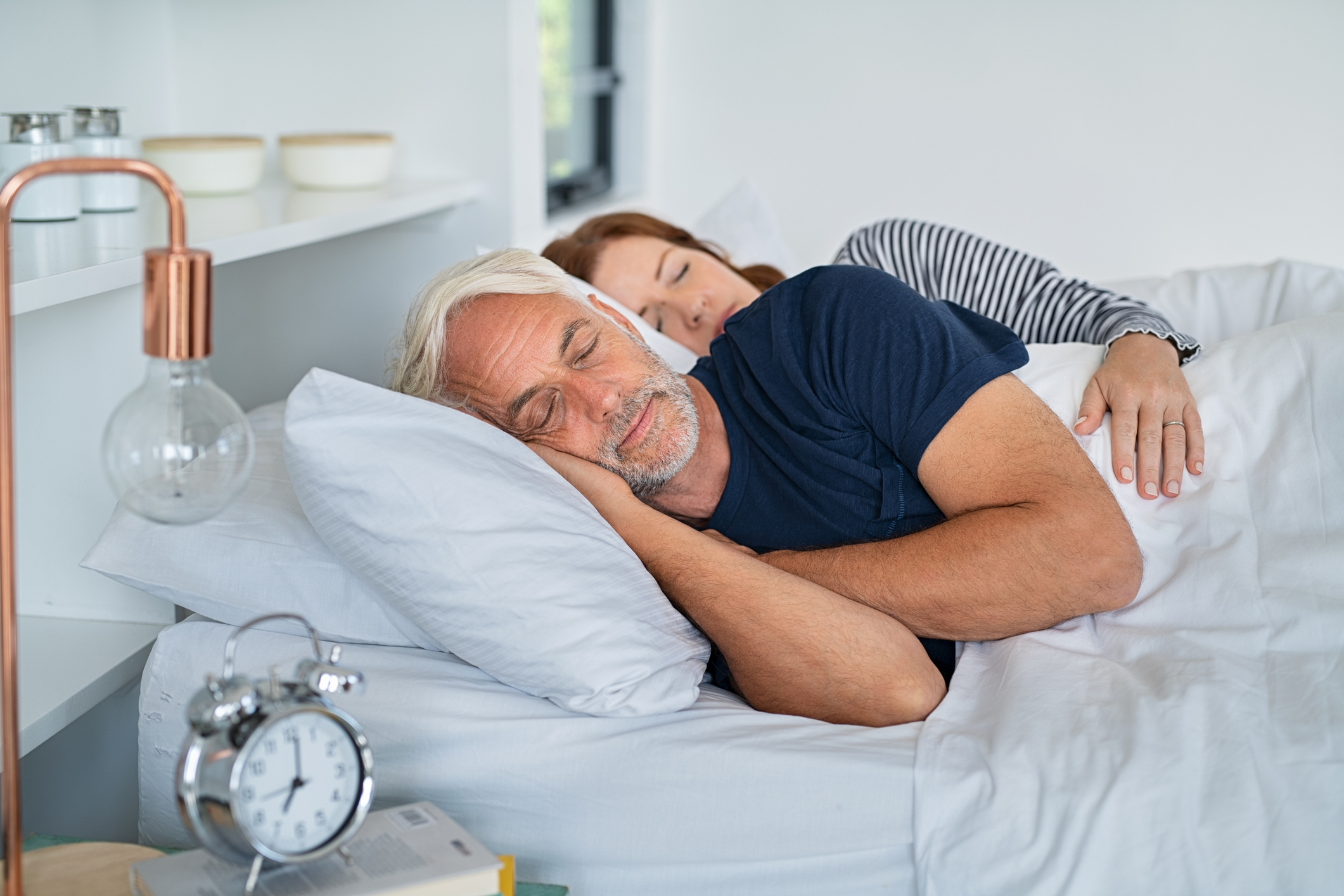 Remember the story of “Goldilocks and the Three Bears”?

Well, the same idea can be applied when it comes to finding that perfect amount of sleep, especially as you age.

Recent research suggests that too much sleep is just as bad as too little sleep, and that going to the extreme in either direction will increase your risk of cognitive decline.

That means, to keep your brain sharp, you need to find your sleep “sweet spot.”

Teasing out the relationship between Alzheimer’s and sleep

Most often, cognitive decline and dementia in adults is a result of Alzheimer’s disease. And poor sleep is a common Alzheimer’s symptom that actually makes the disease progress more quickly.

Past studies have shown that people who sleep very few hours, as well as those who sleep too much, are more likely to perform poorly on cognitive tests.

But these past studies did not look at whether, or if, Alzheimer’s had a bearing on this fact.

Researchers at Washington University School of Medicine in St. Louis wanted to “connect the dots” between sleep, Alzheimer’s and cognition. To do this, they turned to volunteers at the University’s Alzheimer’s research center whose average age was 75.

First, they obtained sleep and Alzheimer’s data on 100 volunteers whose cognitive function had been monitored for an average of 4 1/2 years. This monitoring included blood tests for the APOE4 genetic variant, a marker for possible Alzheimer’s disease.

Then, they had these same people provide samples of cerebrospinal fluid to measure levels of Alzheimer’s proteins. The volunteers also slept with a tiny electroencephalogram (EEG) monitor strapped to their foreheads for four to six nights to measure brain activity during sleep.

There is, indeed, a sweet spot

The results of this research?

Only those people who slept six to eight hours retained stable cognitive functioning. If a person slept fewer than five and a half hours or more than seven and a half hours, their cognitive performance suffered.

And this held true, regardless of whether Alzheimer’s pathology like the APOE4 gene was present.

In other words, independently of Alzheimer’s, only those who hit the “sweet spot” of between 5.5 and 7.5 hours of sleep had cognitive abilities that held steady.

But how could five hours of sleep be just as good as eight hours?

Dr. David Holtzman, co-author of the Washington University study, says, “It suggests that sleep quality may be key, as opposed to simply total sleep.”

The “sweet spot” for sleep is when you can sleep continuously through the four stages of sleep four to six times each night.

In stages one and two, your heartbeat and breathing slow, body temperature drops and eye movements stop.

Stage three is known as delta sleep, where the brain repairs the body from the day’s wear and tear.

Finally, there’s Rapid Eye Movement sleep (REM) sleep, where we dream, and where information and experiences are consolidated and stored in memory.

There are plenty of ways to help yourself have a deep, restorative sleep each night.

You’ve heard of white noise. But what about pink noise? Studies show that natural noises like babbling brooks or ocean waves help us achieve deep sleep and remember facts and procedures that we’ve learned during the day. There are many smartphone apps that can be timed to play these sounds while you fall asleep.

The other is golden milk — the popular drink made with the golden spice, turmeric. Curcumin, the active compound in turmeric, has been researched for promoting brain health and easing pain and inflammation — two things that can often disrupt sleep.

Most golden milk recipes also call for calming ginger and cinnamon, as well as melatonin-rich cardamom. So, if you’re going to drink warm milk before bedtime, golden milk would be well worth it — and a great alternative to over-the-counter sleep aids.