Home » The music that can keep your brain young 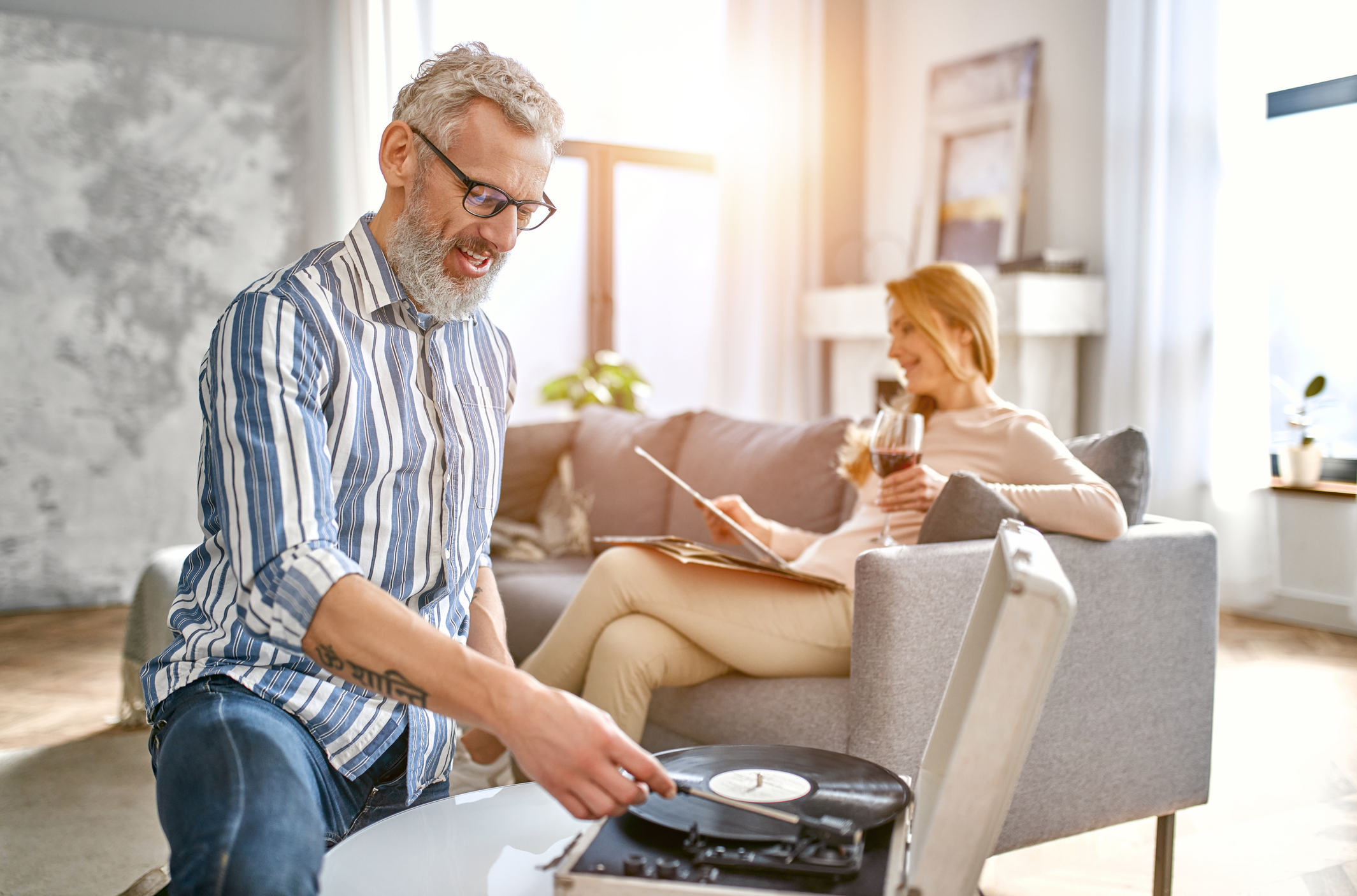 I am a huge believer in the healing power of music, so it always pleases me when research comes along that proves what I already know to be true from personal experience.

I’ve been playing instruments since I was a child, and now sing in a community chorus. Good news for me — a 2019 British study showed that singing in a choir can increase your lifespan by fifty percent!

But what if you don’t play an instrument or sing? Doesn’t just listening to music have any therapeutic value?

The answer is a resounding yes, according to newly published research —especially if the tune is special to you…

The brain changes throughout life

Researchers at the University of Toronto have discovered that listening to personally meaningful music improved cognitive function for patients with mild cognitive impairment (MCI) and early-stage Alzheimer’s disease.

“Personally meaningful music” is just what it sounds like — the song you danced to at your wedding, for example.

Listening to this type of music also increased brain plasticity in patients, whether or not they were musicians.

But what is brain plasticity?

When I spent a month in rehab two years ago after having a benign cyst removed from my brain, my therapists had a mantra: “The brain is plastic.” They told me that if I just kept doing what they told me, every day, my balance, speech, and vision would all return to normal.

There was a time when scientists believed that, once the brain is damaged, it cannot repair or reorganize itself under any circumstances. Brain development happened in infancy and early childhood, and once you were older, change was impossible.

But now, after decades of research, we know that the brain can indeed generate new neurons throughout life.

Not only that, but neuronal pathways can change their architecture and function, can “re-model” themselves, so to speak, in response to environmental changes or injury.

That’s what happened in my case.

For people with MCI or early-stage Alzheimer’s, there is still a chance for music to “work its magic” and re-shape important brain regions.

In the Canadian study, fourteen participants — eight non-musicians and six musicians — each listened to a personal playlist of familiar, meaningful music for one hour a day over the course of three weeks.

Before and after each listening period, they underwent an MRI to see if there were any changes in brain structure and function.

Those scans revealed that when they listened to familiar, meaningful music, the network of the pre-frontal cortex was activated, proving that executive functioning was being activated.

When they listened to newly composed music that held no special meaning for them, brain activity occurred mainly in the auditory cortex — which would be expected only because they were just listening to the music.

Repeated exposure to music with personal significance improved cognition in all participants, whether they were musicians or not.

“Whether you’re a lifelong musician or have never even played an instrument, music is an access key to your memory, your pre-frontal cortex,” says senior author Dr. Michael Thaut, director of the Music and Health Science Research Collaboratory at the University of Toronto.

“It’s simple — keep listening to the music that you’ve loved all your life. Your all-time favorite songs, those pieces that are especially meaningful to you — make that your brain gym.”

Plasticity in Early Alzheimer’s Disease: An Opportunity for Intervention — Topics in Geriatric Rehabilitation