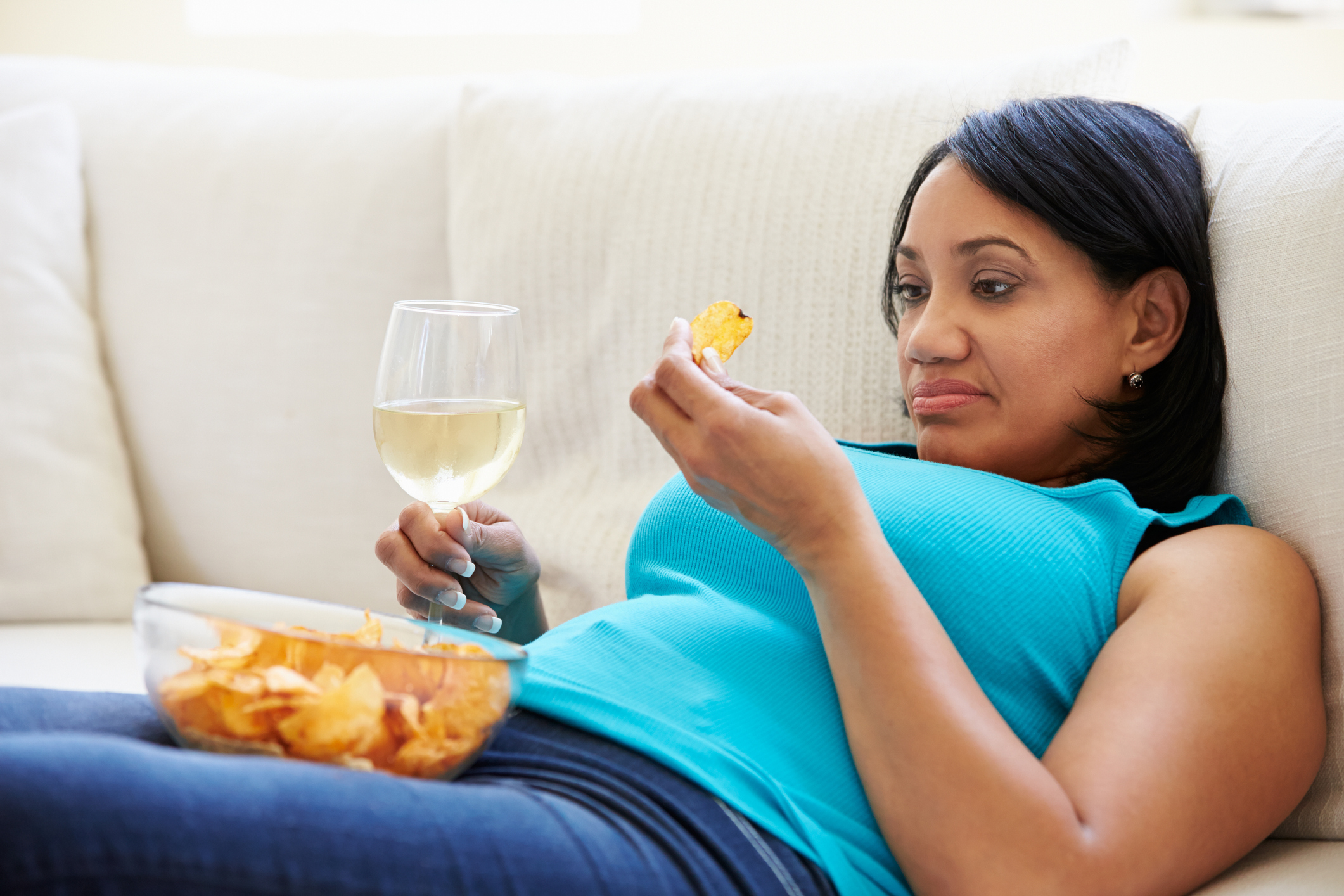 I saw a meme on social media recently with a quote from Dr. Mark Hyman. It said, “There is no such thing as junk food. There is junk. And there is food.” And while I’m inclined to agree with Dr. Hyman (he’s a pretty wise dude), my brain doesn’t always see it that way.

In fact, the line between junk and food has become incredibly blurred in my life. I’ll blame it on a late winter food rut. But lately, when I see a bag of Trader Joe’s Baked Cheese Crunchies my brain sends out overpowering signals to sit down and eat them all. I can’t stop eating sweets either.

I know the insanity has to end soon before it starts taking a toll on my health. But I’m having a hard time breaking free. Sound familiar? Well, there’s a good reason it might…

I’m far from the only person this happens to. In fact, a new study shows that eating junk food makes changes to our brains that makes us want more… and more… and more.

Junk food changes your brain… and not for the better

The study included 110 people in their early 20s who were healthy eaters. Researchers asked half of them to eat normally for a week and the other half to eat junk food for a week. The junk food group was told to eat a diet high in carbs, fat and sugar.

After the week was over, all participants ate breakfast together in the research lab. They received a memory test before they ate and after they ate.

Guess who performed worse on the memory test?

Appetite control. Which explains why the researchers found that people eating the junk food diet had worse appetite control after just one week.

To put it bluntly, eating junk food makes it harder to stop eating junk food. It sends you into a downward spiral of bad food and poor health that takes a will of steel to break free from.

How to cut the junk

No wonder I’ve had such a hard time staying away from junk food lately! Once I hopped on board the junk food train, the wheels were set in motion and it became a lot harder to stop

Now, I’m usually a huge advocate of moderation. I don’t think you should totally cut out the foods you enjoy. So, how do you find balance?

That’s obviously something I’m still figuring out myself. But here are a few practices I’m going to try:

Will this approach work? I don’t know. I’ll keep you posted. But if these suggestions sound too regimented to you, I have another option that might be more appealing… the anti-diet, an intuitive approach to getting your eating habits back in balance.

Eating junk food found to impair the role of the hippocampus in regulating gorging — MedicalXpress.