Home » These are the reasons you should be drinking tea 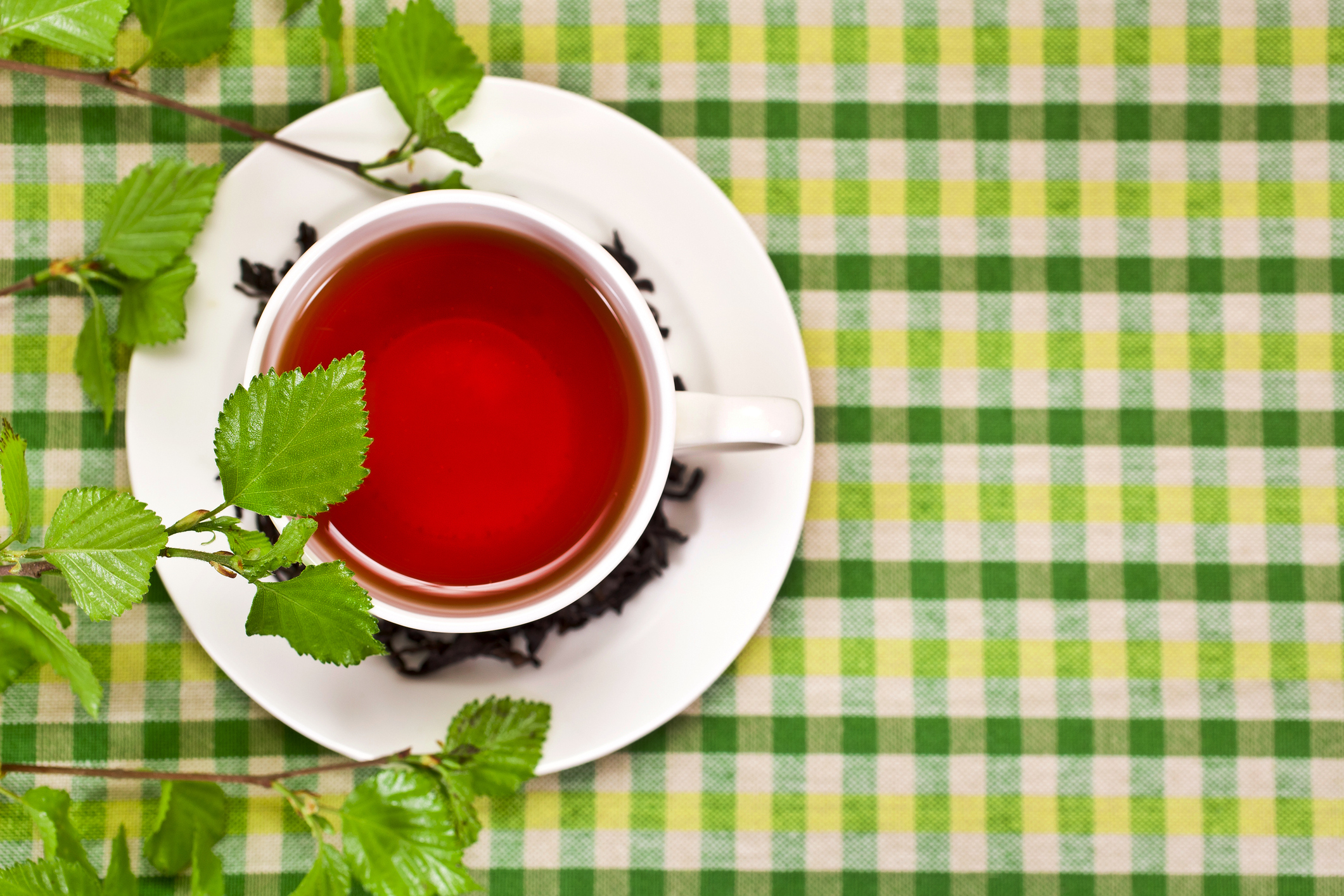 Not surprisingly, water is the most consumed beverage in the world. But which beverage comes in second?

Given how passionate Americans (like my husband) are about their morning cup of joe, I just assumed coffee would take the No. 2 spot. Imagine my surprise when I discovered it’s actually my morning beverage of choice — tea — that’s the second most consumed beverage worldwide.

Even though coffee remains more popular in the U.S. than tea, there are still over 159 million Americans drinking tea on any given day.

The health magic of tea

In the Sixth International Scientific Symposium on Tea and Human Health, leading nutritionists from around the globe met to discuss the latest evidence on tea’s role in promoting human health.

“There is a growing body of research from around the world demonstrating that drinking tea can enhance human health in many ways,” says symposium chair Dr. Jeffrey Blumberg of Tufts University. “True teas — which include black, green, white, oolong and dark — can contribute significantly to the promotion of public health.”

Many of the health properties of tea can be traced to its flavonoids, naturally occurring compounds that act as antioxidants. The bioactive compounds in these flavonoids help to neutralize free radicals that contribute to chronic disease by causing damage to certain elements in the body like genetic material and lipids.

Your brain on tea

Research suggests tea may offer significant benefits when it comes to cognitive function.

“The most profound cognitive domain that tea seems to act upon is attention and alertness,” says Dr. Louise Dye of the University of Leeds in the United Kingdom. “With these effects on attention, tea is an optimal beverage of choice during a time of elevated stress and burnout worldwide.”

Many studies have consistently shown that a combination of L-theanine and caffeine such as that found in tea can benefit attention task performance.

There is also growing evidence that as few as 1 to 2 cups of tea daily could significantly reduce the risk of vascular dementia and potentially Alzheimer’s disease, notes Dr. Jonathan Hodgson of Edith Cowan University in Australia. Data show a connection between moderate intake of the flavonoids present in tea and reduced risk for cognitive decline.

Stopping the body from attacking itself

Another area tea may help support is the immune system. Research shows that green tea in particular can help increase the body’s resistance to illness.

“In the event you do become sick, tea can help your body respond to illness in a more efficient way by ridding itself of the infection and may also alleviate its severity when they happen,” says Dr. Dayong Wu of Tufts University.

In his comprehensive review of published data, Wu concluded that substances known as catechins in green tea may help the body fight off a variety of pathogens by decreasing the pathogens’ ability to infect the body while at the same time kicking the body’s immune system into gear.

In addition, green tea’s catechins may have the ability to improve autoimmune disorders by suppressing substances that order the immune system to attack the body and enhancing tissue repair.

Tea and your heart

Research shows that drinking two cups of unsweetened tea per day has the potential to reduce cardiometabolic disease risk and progression in adults. Each cup of tea consumed daily was associated with an average 1.5 percent lower risk of all-cause mortality, a 4 percent lower risk of death from cardiovascular disease, a 4 percent reduction in stroke risk, and a 2 percent decrease in risk of cardiovascular disease events.

Attendees at the symposium observe that clearer recommendations are needed in the current U.S. dietary guidelines to support the growing evidence of tea as a beverage that promotes good health. Such dietary guidance will provide people with a more accurate and relevant direction in their consumption of tea and other flavonoid-containing foods.

“There may be other herbals and botanical products that can deliver health benefits, but none of them are as systematically studied as Camellia sinensis — true tea,” says Dr. Mario Feruzzi of the University of Arkansas for Medical Sciences. “With true teas — white, green, black and oolong — you’re dealing with thousands of years of traditional use, 60-70 years of systematic study which, in the last 15-20 years, has ramped up to the point where we have very definitive data.”

Until more specific guidance becomes available, it might be a good idea to add a cup or two of tea to your daily routine. You could switch out one cup of coffee for one of tea or have a glass of unsweetened iced tea with your lunch.

As someone who tends to prefer hot tea, I investigated whether hot or cold tea was better for health. The answer: it depends. Hot tea appears to be better for weight management and improving mental health. However, cold-brewed tea has the same antioxidant and nutritional benefits, so if you prefer iced tea to hot, you’ll still be covered health-wise.

From Immune Function and Cognition to Cardiovascular Health and Cancer Prevention – Health Benefits of Tea Revealed by Researchers from Across the Globe — Tea Council of the U.S.A.

Hot Tea: Is It Good for You? — Nourish by WebMD