Home » ‘Facetiming’ can keep you from having a blue Christmas 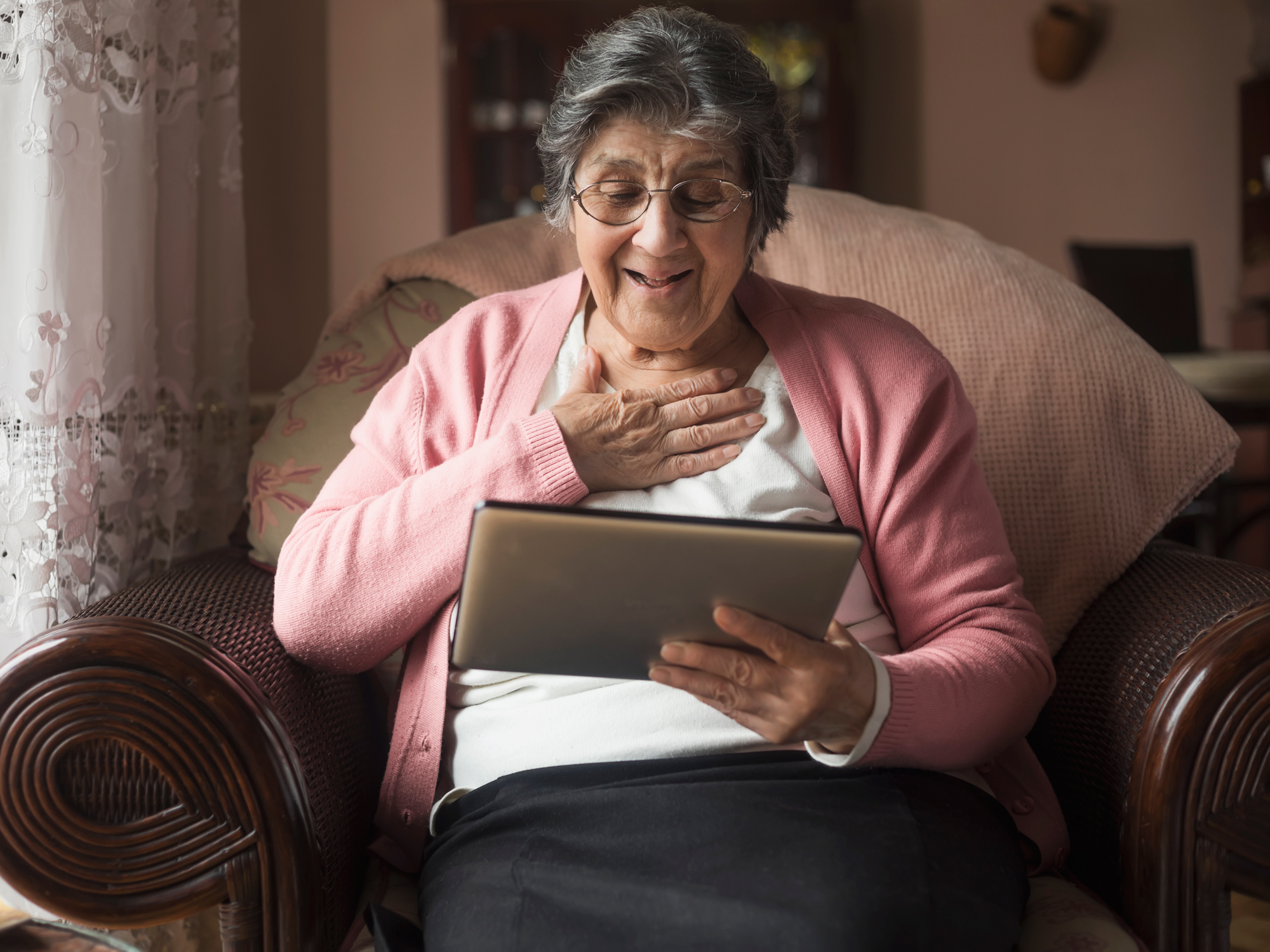 Depression can strike anyone at any time but with the holidays coming up, stress and anxiety levels rise, and depression rates can soar.

To make matters worse, this year it’s even harder to spend time with friends and family to grab the benefit social support provides.

But, where does that leave those of us with family scattered across the country? Where does it leave you if you’re retired and don’t have face to face interactions on a daily basis, and feel isolated and alone?

If you can’t be home for Christmas, Hanukkah or New Year’s Day, or just need a little time with friends any day of the year, a new study from researchers at Oregon Health & Science University has a simple answer…

Stave off depression with communication technology

The researchers found that those who used email, instant messaging or social media platforms like Facebook had virtually the same rate of depressive symptoms compared with older adults who did not use any communication technologies.

On the other hand, they discovered that people who used video chat functions such as Skype and FaceTime felt much better—with almost half the depressive symptoms as the others.

In other words, video chatting with friends and family could stave off your depression symptoms and actually reduce them by almost 50 percent!

“Video chat came out as the undisputed champion,” said lead author Alan Teo, M.D., associate professor of psychiatry in the OHSU School of Medicine and a researcher at the VA Portland Health Care System. “Older adults who used video chat technology such as Skype had significantly lower risk of depression.”

The appeal of video chat isn’t surprising. When you’re chatting with someone via Skype or FaceTime, you are still engaged in a face-to-face interaction rather just passively scrolling through a Facebook feed.

And, while video chatting may not be as effective as going out for coffee with your friend, it could be the next best thing.

“I still maintain that face-to-face interaction is probably best of all,” Teo said. “However, if we’re looking at the reality of modern American life, we need to consider these communication technologies. And when we do consider them and compare them, our findings indicate that I’m better off Skyping with my dad in Indiana than sending him a message on WhatsApp.”

Connecting for a happier holiday season

So, this holiday season if the blues start to get you down and your family and friends all seem too far away, try connecting through video chat. And, if you want to have that coffee together, brew up a pot, log on to your computer or phone and talk as if you were sitting across a table rather than a screen. You’re sure to have a happier holiday.