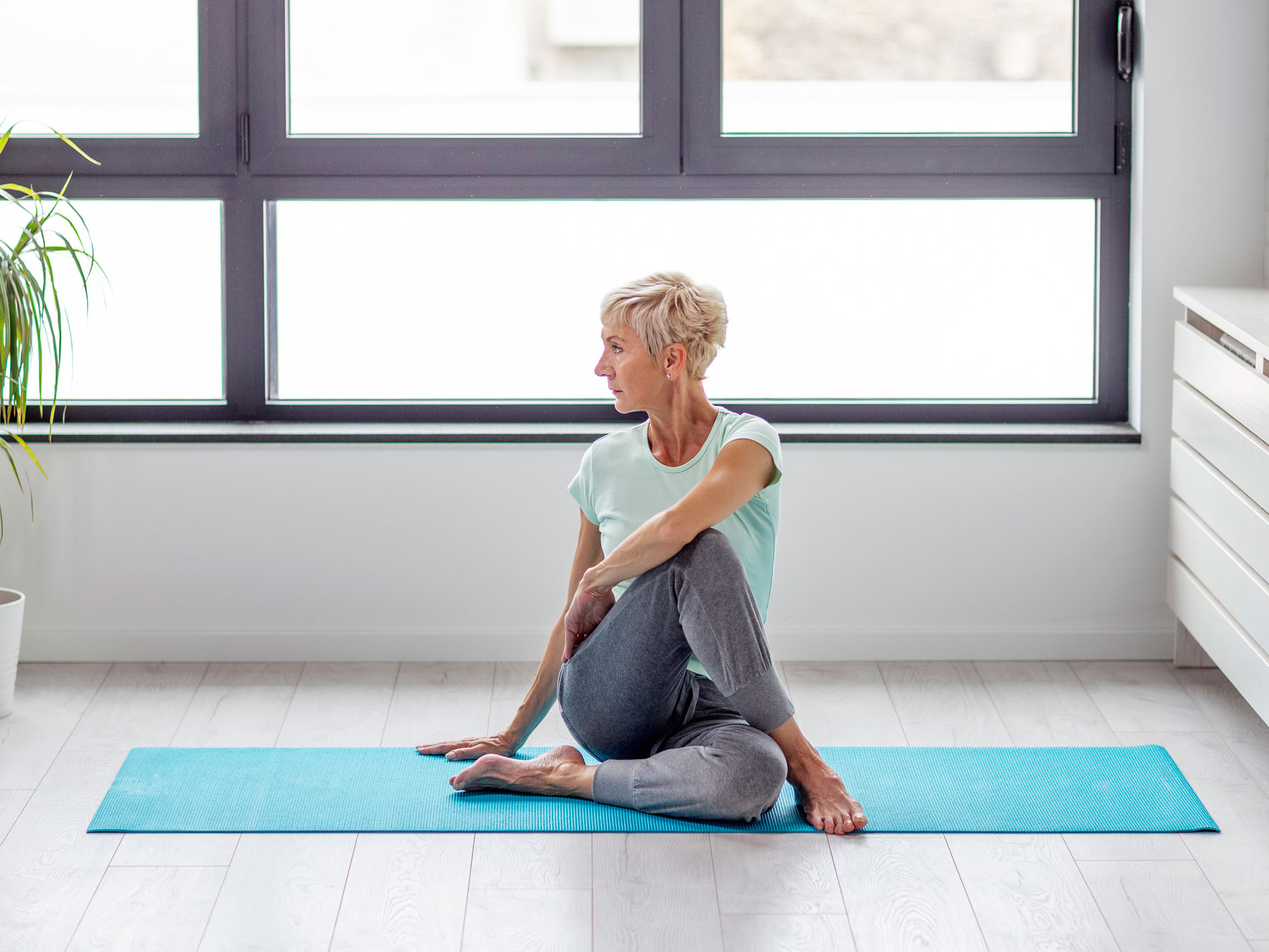 When your joints are painful, swollen and inflamed from a rheumatoid arthritis attack the last thing you feel like doing is putting pressure on them.

Rheumatoid arthritis is an autoimmune and inflammatory disease. That’s why many forms of exercise seem out of the question…

Going for a run when your knees are stiff and tender? No thanks.

Playing tennis when your wrists are swollen and achy? That’s a hard pass.

Even doing “gentle” forms of exercise like yoga with all its downward dogs, planks, tree poses, and other joint-intensive yoga postures seems like a stretch.

But as counterintuitive as it sounds, the very activities you’re inclined to avoid when you have RA, could be your ticket to symptom relief and even remission.

Take yoga as an example…

A new study shows that committing to a serious yoga practice can make a big difference in your RA.

Yoga stops the cycle of suffering for people with RA

A study published in Restorative Neurology and Neuroscience found that practicing yoga for 120 minutes five days per week can reduce disease activity, disability, and depression in people with RA.

The eight-week study included 72 people with RA, all of whom maintained their usual drug regimen while participating in the study. People who complemented their drug treatment with yoga, however, experienced benefits that non-yogis didn’t. Based on biomarkers analyzed in the study, they saw improvement in:

They also had lower levels of depression, disease activity, and disability.

Why was yoga so beneficial?

Here’s the answer, according to researchers…

In other words, yoga is some potent mind-body medicine. It uses the mind to send the immune system a clear message: Cut the crap. Stop attacking stuff you’re not supposed to attack.

How to start a yoga practice when you have RA

Adding yoga to your RA treatment regimen sounds simple enough. But 120 minutes per day? Seriously? Who has the time?

Still, a lot of people have schedules without much wiggle room, let alone two hours of wiggle room. My advice is… do what you can. If you can only do an hour or half an hour a day, that’s better than nothing. You can also split your yoga schedule among seven days instead of five. So, rather than practicing for 120 minutes per day five days per week, you could do 85 minutes per day seven days per week.

Now, not all yoga routines are going to work for you based on your RA symptoms. And you’ll likely want to consult with your doctor (and maybe even a yoga teacher) before you start a serious yoga practice.

But the good news is, there are tons of resources out there for people with RA who want to start practicing yoga, including this guide to arthritis-friendly yoga poses from the John Hopkins Arthritis Center.

You may also consider getting your vitamin D levels checked. And there are two reasons why…

Vitamin D is known to decrease inflammation and pain, but recent research has also shown that the sunshine vitamin may also be protective against autoimmune disease. If you already have RA, that may not be much help, but it’s certainly likely that higher levels of the vitamin could impact your symptoms.