Home » A salty diet can starve your brain of oxygen 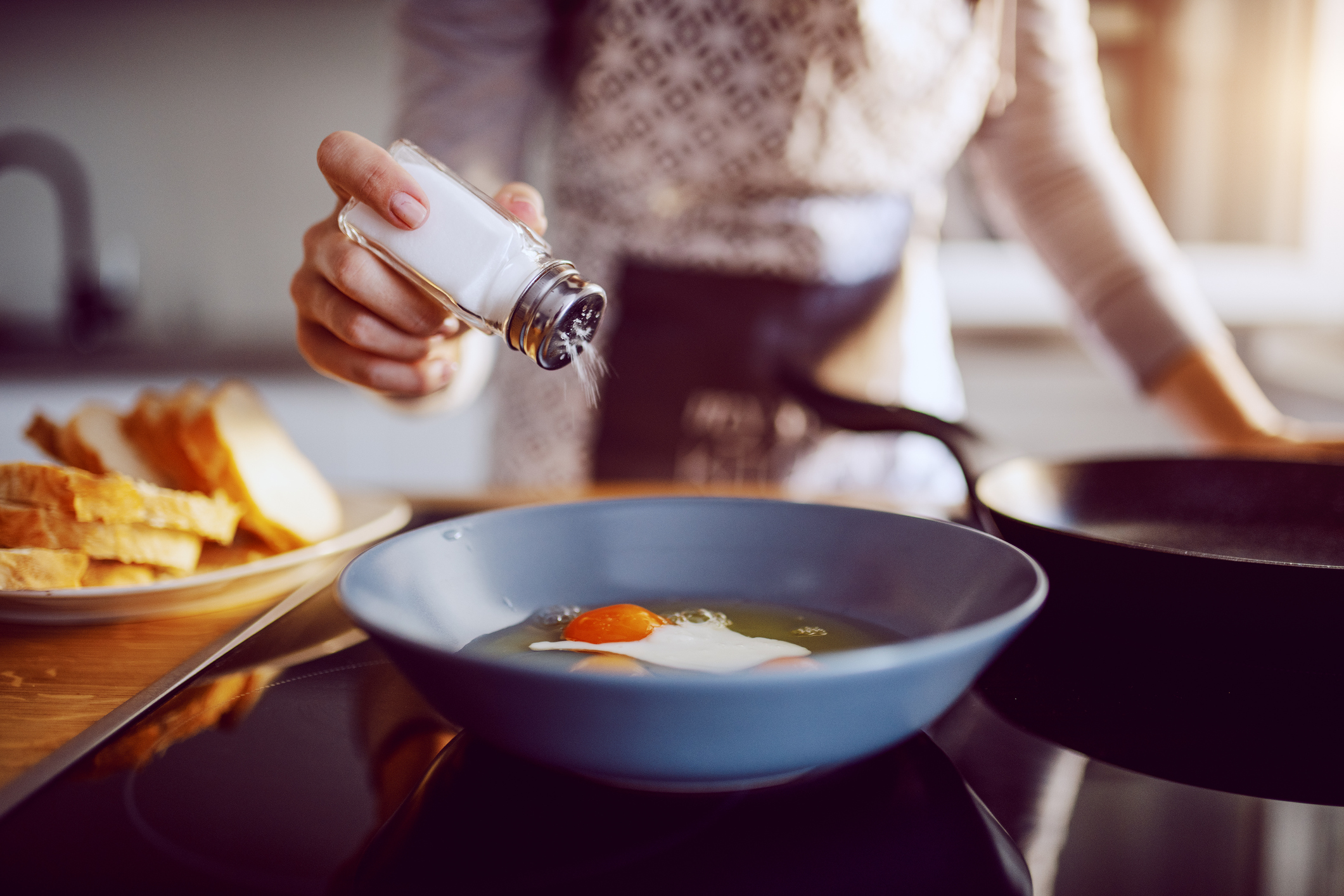 We’ve all heard that eating less salt is good for our blood pressure.

Not only does passing on the condiment limit fluid buildup in your kidneys that can send your pressure sky high, but it also supports your body’s ability to produce the nitric oxide that relaxes your blood vessels.

Plus, research has even shown that limiting your salt intake is a good move for your immune system – something that’s very important as we move into flu season, with Covid-19 still making the rounds.

And now, there’s one more reason to take your doctor’s advice and shake on a little less at each meal. According to ground-breaking research, saying no to salt could save your brain.

This is your brain on salt

Remember those old commercials that warned us of what drugs could do to our brains by frying an egg in a skillet?

Well, it looks like that same demonstration is fitting when it comes to salt’s effects on the brain.

That’s because, in a first-of-its-kind study, researchers at Georgia State University have discovered surprising new information about the relationship between neuron activity and blood flow deep in the brain — and salt.

According to the team, when something from your environment stimulates your brain, the neurons deep inside it become activated. This is a great thing because this activation causes dilation of your brain’s blood vessels and leads to a rapid increase in blood flow to the area.

However, things are very different when that stimulation comes from salt…

In fact, the researchers were able to prove that when the neurons in your brain are activated by salt (rather than another type of stimuli), blood flow doesn’t increase — it decreases.

The body does this in part by activating neurons that trigger the release of vasopressin, an antidiuretic hormone that compensates to bring salt levels back down. In contrast to previous studies that have observed a positive link between neuron activity and increased blood flow, the researchers found a decrease in blood flow as the neurons became activated in the hypothalamus.

“The findings took us by surprise because we saw vasoconstriction, which is the opposite of what most people described in the cortex in response to a sensory stimulus,” said Dr. Javier Stern, professor of neuroscience at Georgia State and director of the university’s Center for Neuroinflammation and Cardiometabolic Diseases. “Reduced blood flow is normally observed in the cortex in the case of diseases like Alzheimer’s or after a stroke or ischemia.”

In other words, salt produces the same type of conditions in your brain as Alzheimer’s or stroke.

“If you chronically ingest a lot of salt, you’ll have hyperactivation of vasopressin neurons. This mechanism can then induce excessive hypoxia, which could lead to tissue damage in the brain,” said Stern.

This means that avoiding going overboard with the salt shaker could be key to saving your brain as you age.

The findings raised interesting questions about how hypertension may affect the brain. Between 50 and 60 percent of hypertension is believed to be salt-dependent — triggered by excess salt consumption.

However, it’s important to note that while too much salt is definitely bad for your blood pressure, your immune system and your brain, studies have also shown that too little salt can be problematic as well.

This means that you need to learn how to optimize your salt intake and strike the right balance, not simply ban salt from your diet.

And be sure to look at all sources as you look at how much salt you’re currently consuming, since it’s often hidden in things like store-bought marinades, salad dressings, pasta sauce, soups and more.