Home » An apple a day to keep aging brains sharp 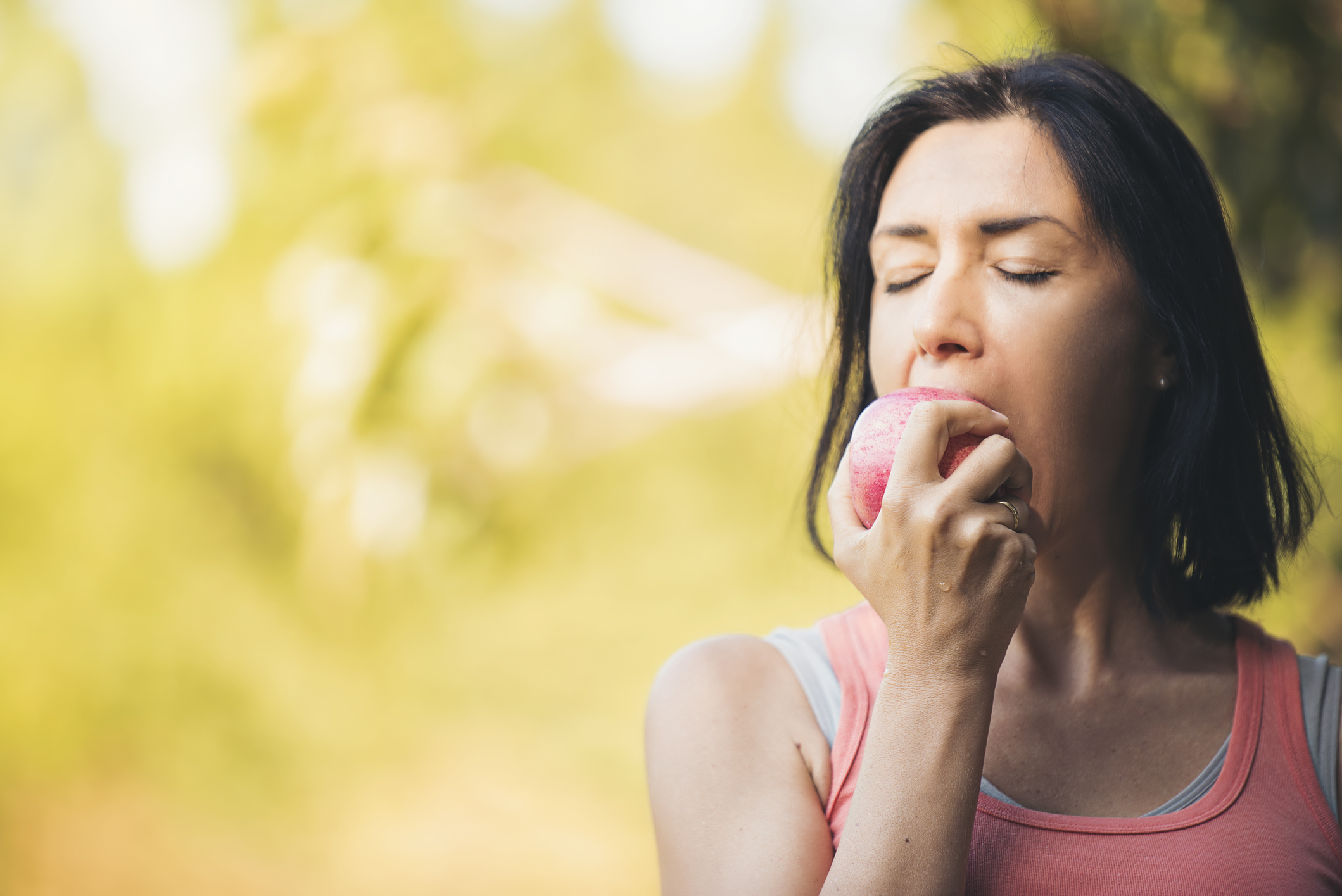 You’ve heard the saying, “An apple a day keeps the doctor away.” Well, new research may have not only proven the truth in the adage but done so with a bang… especially when it comes to aging brains.

In fact, according to a study from German Center for Neurodegenerative Diseases, the phytonutrients found in apples could hold secrets to fueling the stem cells in the brain to support the growth of neurons in areas related to learning and memory.

As effective as exercise for neurogenesis

First, the researchers placed hippocampal precursor cells in petri dishes and flooded them with phytonutrient extracts from apples. Basically, this means that they took some of the brain cells most associated with memory function and checked to see if the apple-derived nutrients could make them grow.

And the answer to that question was a resounding YES!

Next, the team confirmed these results in living mice. And once again, the power of those phytonutrients was impressive.

Not only were many more nerve cells produced, but the stem cells also themselves multiplied! Specifically, they found that the areas of the brain where those stem and nerve cells were growing at a higher rate involved the hippocampus.

Why is this important?

Because that’s the area of your brain you use for memory, learning and navigation!

In other words, it’s the area of your brain where you need cell growth to support healthy, youthful cognition and coordination as the years pass.

And those phytonutrients were able to deliver.

The researchers say that the results they observed in the brain simply by adding in these healthy compounds were similar to the nerve cell growth seen after exercise — but without the sweat!

In research done at the University of British Columbia and reported in 2014, a team of experts found that in older women with probable mild cognitive impairment, participation in regular aerobic exercise enhanced the size of the hippocampus, which is the area of the brain involved in learning and verbal memory. Muscle toning, balance, and resistance training exercise did not yield the same results — but it looks like eating apples regularly could!

Abundant in fruits and vegetables

When asked about the results, the researchers wrote, “An apple a day keeps the doctor away. There may be some truth to this aphorism.”

Especially since this isn’t the first study to demonstrate the power of those phytonutrients.

In fact, other famous phytonutrient compounds, like resveratrol from red grapes or epigallo-catechin-3-gallate (EGCG) in green tea, have been shown to have positive effects on different parts of the body, including the brain.

Yup, keeping your brain sharp could be as simple as adding more phytonutrients to your diet. Not a fan of apples? That’s ok. You can find phytonutrients in many other fruits and veggies, such as:

Or make your life simple, and ensure your taking in enough of those phytonutrients even when your daily diet is less than perfect by using a supplement packed with the valuable compounds, like ResV+Superfruits™.

It packs a powerful resveratrol punch. Plus, it delivers added phytonutrients from acai fruit, mangosteen, pomegranate and a proprietary blend of berries.

Maybe the saying should actually be “Get your phytonutrients each day to keep brain aging at bay!”