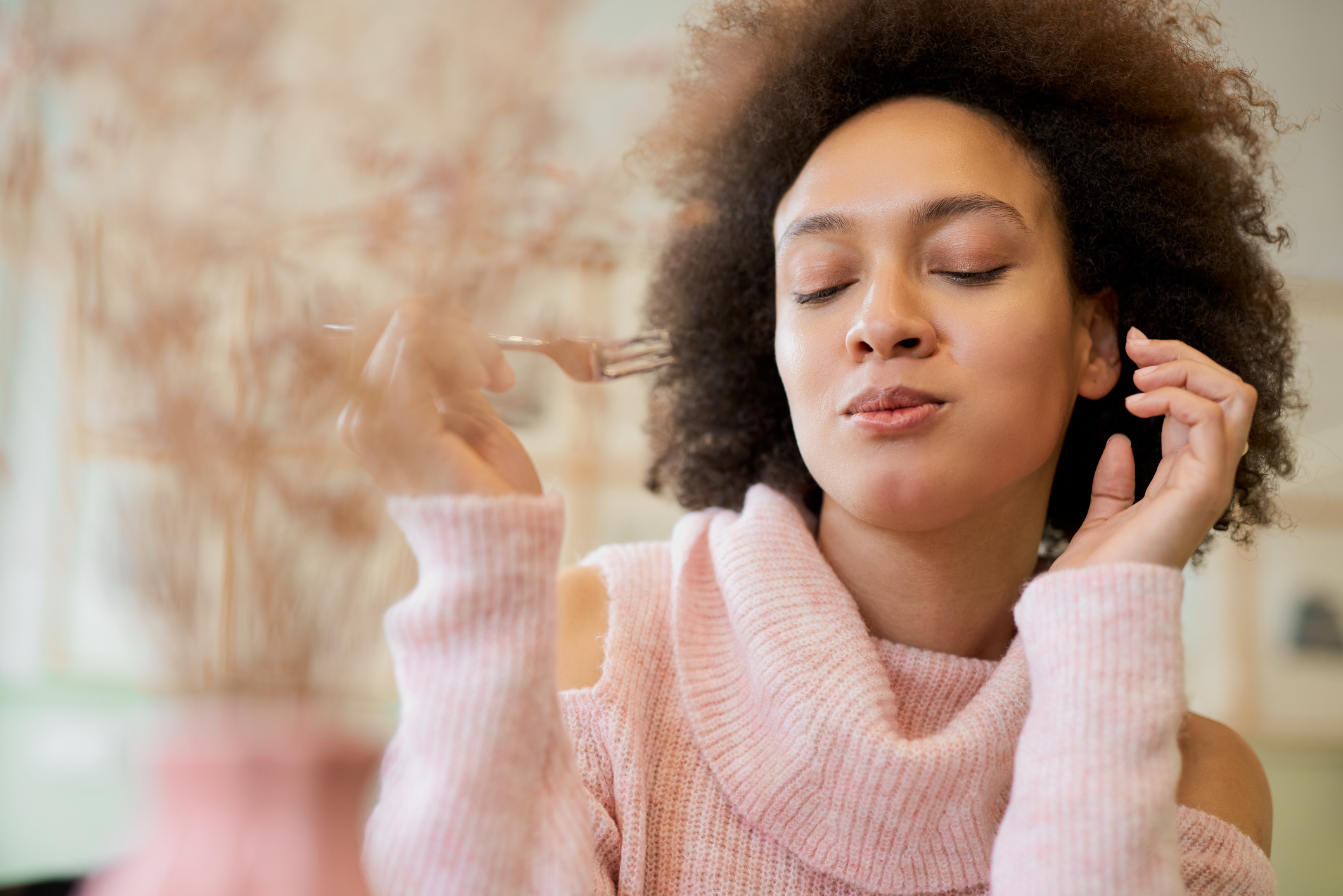 “Chew your food!” Whose mother didn’t say that at least once a day?

Chewing your food well will keep you from choking and from getting indigestion, sure, but there’s growing evidence that it’s also the world’s easiest weight-loss strategy!

It seems that tasting your food for a longer period of time actually sets off a reaction in your body that burns calories.

Recent research has looked more closely at how and why this mechanism works. It could be just the thing you need to jump-start your weight-loss efforts.

Slow eating, which involves chewing food slowly and thoroughly, is a way to control your appetite. You’ll feel fuller after a meal, and less likely to overeat.

But that’s just the tip of the iceberg as far as how more chewing helps you lose weight.

DIT refers to the increase in metabolic rate that follows the ingestion of food. Specifically, the researchers say that the chewing process reportedly enhances the energy expenditure associated with the metabolism of food and increases intestinal motility — all summing up to an increased heat generation in the body after food intake.

But the researchers had other questions. Did the size of the chewed food (bolus) entering the digestive tract impact DIT? Did oral stimuli play a role?

So they dug deeper and tested the effects of liquid food, and the results were quite surprising…

Savoring your food induces DIT, too

In other words, both chewing food and taking the time to savor food activated mechanisms that increased DIT, but that wasn’t all. It increased blood flow in the splanchnic celiac artery — the artery that supplies blood to digestive organs and impacts the motility of the upper gastrointestinal tract.

How to slow down, chew and savor

Even if your weight isn’t a concern, there are other health benefits to slowing down and chewing more.

For one thing, people who chew more are 35 percent less likely to end up with metabolic syndrome, according to one study.

For another, the nutrients in your food are more fully absorbed, meaning that you’re better nourished.

If you’re a speed-eater, slowing down and chewing your food more may feel like an impossible task. Here are some pointers to make it easier:

Eat without distractions. If you read or text while eating, you’ll fall right back into your habitual fast-eating ways. You need to be attentive to how you’re eating.

Keep water handy. Taking a sip or two in between bites will not only hydrate you. It will slow down your eating.

Eat with a slower eater. If there’s a slow eater in your life, share meals with them and match their pace.

Set your utensils down. Putting down your fork between bites of food will help you eat more slowly and savor each bite.

Eat foods that need chewing. Focus on fibrous foods that require a lot of chewing, such as vegetables, fruits, and nuts (fiber can also promote weight loss).

Be patient. Change takes time. It takes about 66 days for a new behavior to become a habit.

Other ways to increase thermogenesis, include eating capsaicin, cinnamon, hops and standing.

Chewing to stay slim: How to savor your food better and dodge weight gain — Science Daily

How are habits formed: Modelling habit formation in the real world — European Journal of Social Psychology