Home » Cognitive decline and aphasia: How singing can help 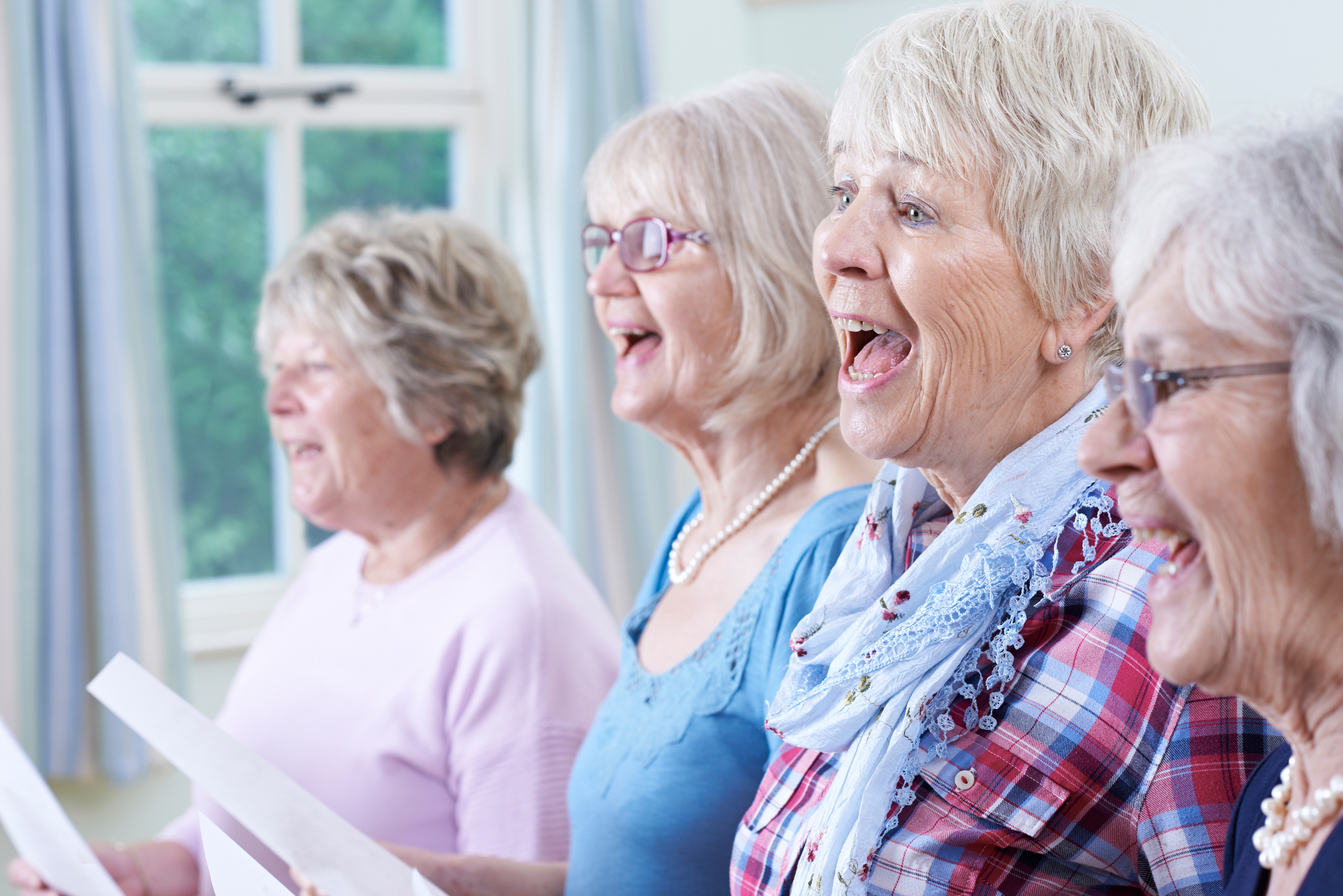 Just before I turned 60, I joined a community chorus. The joy of making new friends and learning new music together kept me coming back. That was six years ago, and I’m still singing.

As it turns out, my timing couldn’t have been better.

Based on recent research, it’s safe to say that singing with my chorus every week is buying me some dementia-free years, and keeping my cognitive abilities strong so I can continue to enjoy life to the fullest as I get older.

I’ll be 70 years old before I know it, so for me, and for a lot of you, this is exciting news.

How group singing affects the brain

Professor Teppo Särkämö of the University of Helsinki in Finland was the lead researcher of the PREMUS study, funded by the European Union.

The study looked at MRI brain scans of young, middle-aged and older adults who participate in choirs, trying to see what happens in the brain that might explain the cognitive benefits of group singing.

It’s already been proven that group singing strengthens cognitive abilities in older adults. Other Finnish researchers have shown that singing in a group can strengthen a skill known as cognitive flexibility, which involves the brain’s ability to handle new, changing, or unplanned events.

Cognitive flexibility is a key component of executive functioning, and group singing provides an opportunity to “exercise” the portions of the brain that control this crucial function, which lets us self-regulate and handle new situations.

Listening isn’t the same as singing

The results of the PREMUS study also suggest that there’s a huge difference between being actively engaged in singing choral music and just listening to it being performed.

“When you’re singing, you are engaging in the frontal and parietal systems in the brain where you regulate your own behavior, and you use more of your motor and cognitive resources in terms of vocal control and executive functions,” says Profesor Särkämö.

There’s another neurological reason that singing is good for the brain as we age.

In their most recent study, the researchers investigate how singing could help protect cognitive function and treat aphasia, the condition that has become more well-known since the family of actor Bruce Willis announced he was suffering from it.

The results of the PREMUS study indicate that, as we age, the brain networks involved in singing undergo fewer changes than the networks responsible for processing speech. This suggests that singing is both more widespread in the neurological circuits of the brain, and more resilient.

Click here to watch a moving video of a man named Henry. He has dementia and had stopped speaking, but suddenly begins SINGING when given an iPod with some old, familiar music.

But not only does Henry sing, he continues conversing animatedly with the interviewer once his headphones are taken off.

“Ultimately, the aim through our work with persons with aphasia is to use singing as a tool to train speech production and eventually enable them to communicate without singing. But through the choirs we are beginning to see how this approach is translating to people’s daily life as an important communication tool,” said Särkämö.

How you can start singing

I learned about my community chorus through a friend. But there are other ways to find a group you can join.

Google ‘community choir + your location. Google is a wonderful thing. A simple Internet search is one of the best first steps when looking for a community chorus in your area.

Singers.com This site has a link for every state in the United States and provides a comprehensive list of community choruses throughout the state.

Check churches in your area. Even if you’re not interested in singing religious music, you can look into a church with a denomination like Unitarian Universalism, which has hundreds of churches that are very liberal communities that accept singers of all faiths in their choirs.

Talk to singers you know. Ask around among your friends and family who enjoy singing or have performed locally before. Many smaller community choirs rely on word of mouth in order to gain new members (I’m a perfect example of this!).

You can also contact voice teachers and college music departments in your area. They often know about many choirs in the area due to their network.

Beneficial effects of choir singing on cognition and well-being of older adults: Evidence from a cross-sectional study — PLOS One