Home » Got migraine? Be wary of the cannabis ‘cure-all’ 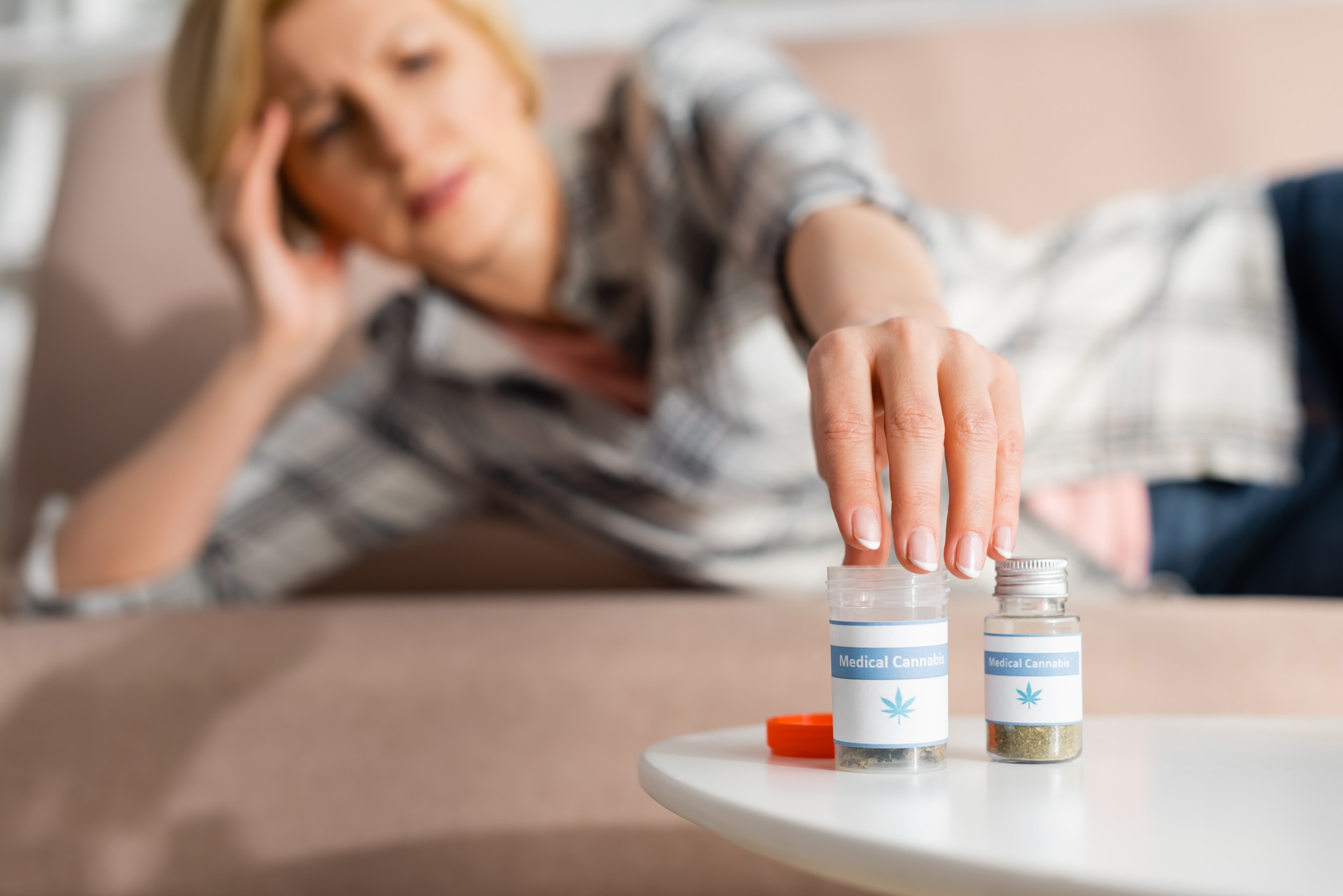 And the truth is, they’re not completely wrong.

In fact, cannabis has now been approved for medical uses like epilepsy. And research is ongoing into how using marijuana can help cancer patients and people with Alzheimer’s, multiple sclerosis, chronic pain and more.

Yet, the people that see cannabis as the answer to all that ails them may not be completely right either.

Especially if you’re dealing with the pain of migraines. It turns out that for people suffering from these painful and difficult-to-relieve extreme headaches, turning to cannabis may actually make their problems worse — much worse.

Intensifying the symptoms of migraines

Researchers out of Stanford University School of Medicine found that marijuana and what’s known as rebound headaches go hand-in-hand.

If you haven’t heard of this type of headache before, a rebound headache (also called a medication overuse headache) happens when a person takes too much pain medication to try to relieve their headache. In a sad state of irony, taking this medication that’s supposed to finally deliver them from the throbbing, aching, splitting headache, nausea and light sensitivity instead intensifies their symptoms, knocking them down even further.

Out of those 368 people, 150 participants turned to cannabis to relieve their migraines, while the remaining 218 skipped a toke. For reference, “chronic migraine” generally refers to having 15 or more headache days per month.

Over those 12 months, the researchers recorded how often each participant experienced rebound headaches, as well as their frequency of migraines, medications used or overused, and the average length of their migraines.

And it came down to this…

The research showed that when migraine sufferers used marijuana, they were six times more likely to experience a rebound headache when compared to those not using cannabis.

Yup, the cannabis that was supposed to reduce their migraines instead made them a whopping six times more likely to suffer a rebound migraine!

This is how the researchers summed up their results…

“… there is some evidence that cannabis can help treat other types of chronic pain. However, we found that people who were using cannabis had significantly increased odds of also having medication overuse headache, or rebound headache, compared to people who were not using cannabis,” said study author Niushen Zhang, M.D., of Stanford University School of Medicine.

This means that if you suffer from migraines, the answer to finding relief can’t be found in cannabis.

Are you doomed to either suffer or pop hard-hitting prescription drugs?

Research presented at the Annual Scientific Meeting of the American Headache Society found an indisputable link between nutrient deficiency and migraines — specifically the deficiency of three important nutrients:

The research showed that by and large people who suffer from migraines simply don’t have enough of these vitamins in their blood. And when it came to women who suffered from migraines, a lack of CoQ10 and riboflavin led to an increased risk of not just migraines, but chronic migraines (that 15 or more headache days per month).

So rather than turning to cannabis for migraine relief, a better option is optimizing your blood levels of these three nutrients to kick migraines to the curb.

Using cannabis for migraine relief may backfire, can cause ‘rebound headaches’ — StudyFinds