Home » The metal molecules in your brain causing Alzheimer’s (no, not aluminum!) 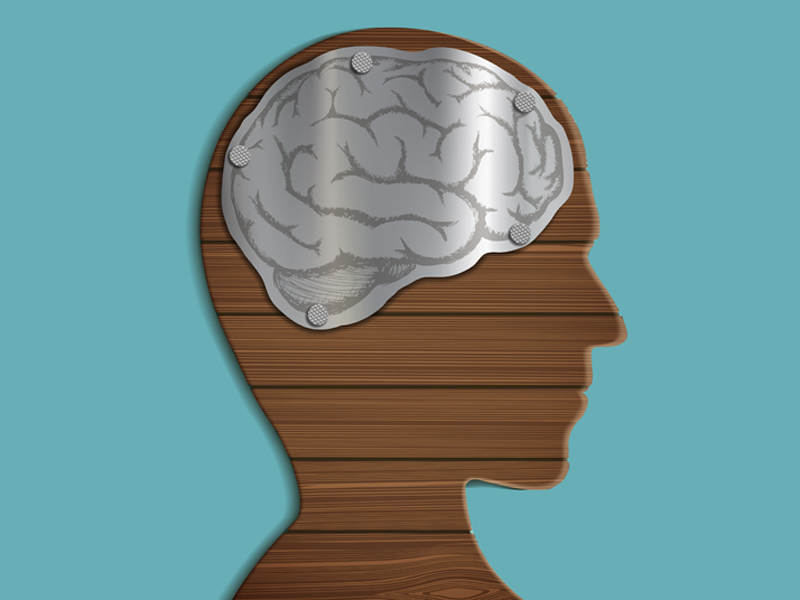 I’ve been a bit unnerved this week…

In my small circle of friends and family, I’ve learned of four people I care about that have either been diagnosed with very early stage Alzheimer’s or have found through new-fangled at-home DNA testing that’s become so popular, that they are highly likely to develop it.

Some of them have come to me because they know I research natural health topics. And their doctors have offered little advice other than to get started on a drug called Aricept (believed to help slow disease progression) and to begin taking an omega-3 supplement. One doctor just offered my friend anxiety medication!

They know I have no medical training and all I can do is share information, but when the thought of losing your memories, your ability to care for yourself and, eventually, your life, is staring you in the face… well, wouldn’t you want to try everything you could as long as you know it won’t cause harm?

I understand that completely. So I suggested what I knew… to walk at least 4,000 steps daily, to cut down on sugar, to start spicing with turmeric, to boost vitamin D, B12 and C, to drink coffee, to avoid drugs that can give you dementia and to sleep better.

And then I came across research that seemed almost like the perfect formula to fight off Alzheimer’s.

Because in reading the study information, I learned something I had never read about those nasty amyloid plaques… that naturally-occurring metals in the earth and our food supply and considered healthy nutrients (check your multi-vitamin with minerals) actually help amyloid plaque, the precursor to Alzheimer’s, to take over your brain.

Metal molecules in your brain

I’ve not come across it before, but previous studies have shown that the aggregation of amyloid beta clusters is often dependent on their interaction with metal molecules in the brain — particularly zinc and copper.

Years ago I cut out commercial deodorants because of Alzheimer’s concerns relating to aluminum. But apparently it shouldn’t be the only metal you concern yourself with when it comes to the health of your brain.

The new study, published in The Journals of Gerontology Series A this past March, and carried out by a research team from the University of South Florida in Tampa, found that when amyloid beta clusters form, it paves the way for brain inflammation and the oxidation of neurons.

But, by employing something called spectrophotometry, they were able to see that amyloid beta on its own did not produce the worst oxidative damage. It was when it bound itself to copper molecules that the oxidation became considerably worse… causing irreparable damage to brain cells.

So, they set out to see how they could stop it… and the answer they found worked so well they decided it could be a great starting point for the future development of an effective Alzheimer’s drug.

The plant-based compound that could save your brain

The compound that the Tampa researchers used to attack the amyloid beta clusters is called betanin. And its effect was pretty powerful…

In fact, the researchers saw it reduce the amount of oxidation by amyloid beta by up to 90 percent!

According to lead researcher, Li-June Ming, “Our data suggest that betanin, a compound in beet extract, shows some promise as an inhibitor of certain chemical reactions in the brain that are involved in the progression of Alzheimer’s disease.”

Fellow researcher, Darrell Cole Cerrato added, “Less oxidation could prevent misfolding [of amyloid beta] to a certain degree, perhaps even to the point that it slows the aggregation of beta-amyloid peptides, which is believed to be the ultimate cause of Alzheimer’s.”

Are you ready to make beets part of your daily diet?

I know they are not everyone’s favorite vegetable, but it may become the most important one for anyone facing a future that could include Alzheimer’s. Besides,  you can find the benefits of beets in powders and supplements. But as for me, the whole food, whether on my dinner plate or in a fruity smoothie, is a better choice and what I’m suggesting to friends.

Saving your brain cells from metal

Recently I wrote about EDTA chelation therapy — what it is and why doctors only recommend it some of the time.

The one thing that both mainstream and alternative medicine can agree on about it is that it’s effective for the removal of heavy metals from the body, like lead. There are other benefits — for your heart and circulation, for instance — but conventional doctors don’t talk much about that.

Can it remove zinc and copper? Yes, it can and it does.

Is it a good idea to consider cutting down on the amount of copper and zinc in your body considering that you now know it facilitates brain inflammation and worsens the oxidation and damage to your brain cells, where amyloid beta clusters are concerned?

Zinc and copper are beneficial to the body and your health. I’m not sure I’d recommend to a young person to intentionally cut the intake of these nutrients from their usual diet. But would I suggest it to someone facing a future battling Alzheimer’s? Yes, I would.

Would I suggest to someone in the same horrifying situation that they might consider EDTA chelation to further help remove a life-time build-up of metals in the brain? Again, yes, I would.

And it’s “medicine” I’d take myself as well — both the chelation and the beets.