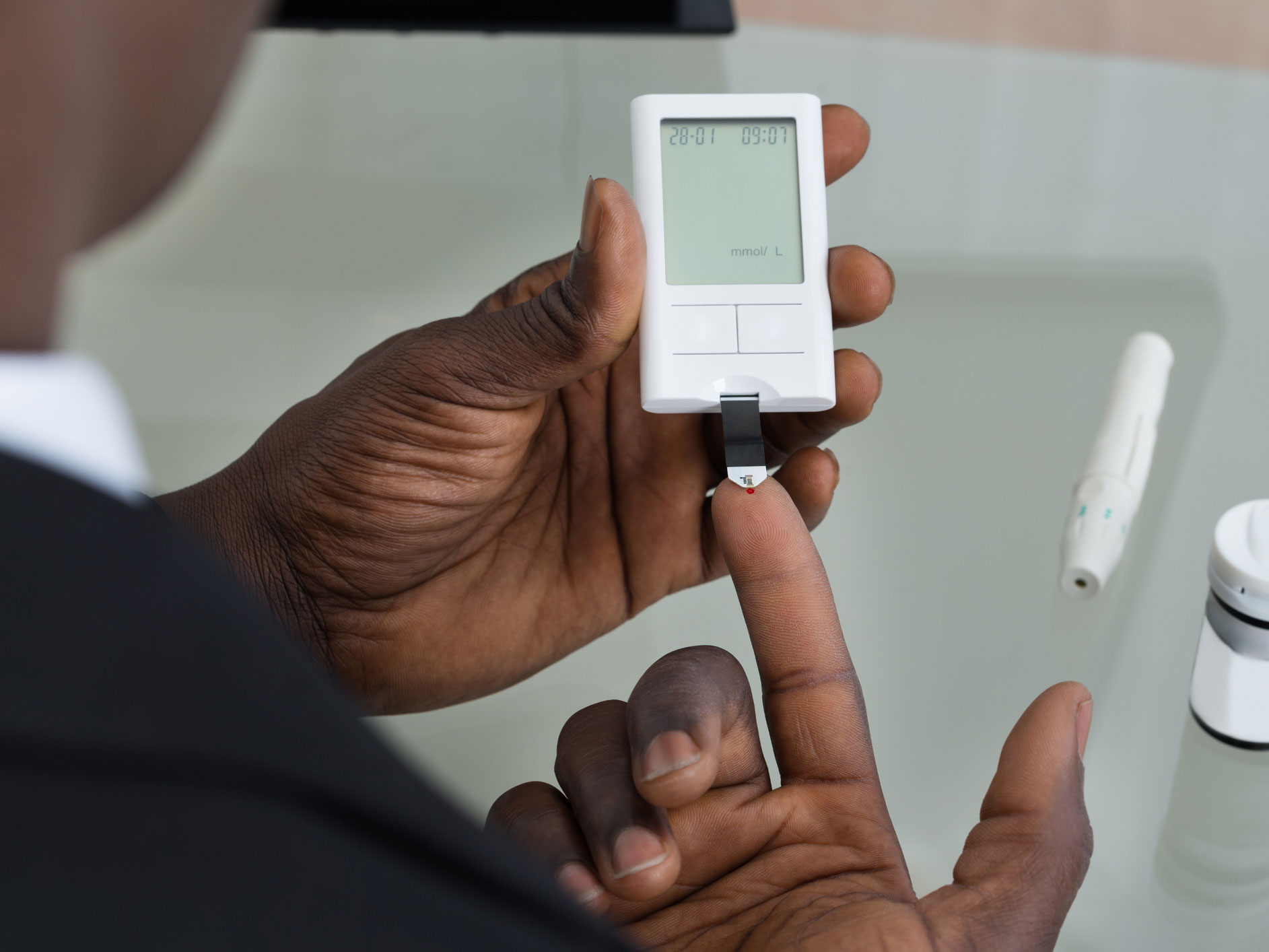 Of the 30.3 million Americans with type 2 diabetes, 7.2 million remain undiagnosed.

This means that there are over 7 million walking time bombs out there, whose bodies are traveling a silent road toward heart disease, stroke, nerve damage, kidney failure, and blindness.

You could be one of them.

By the time the warning signs of elevated blood sugar show up, the damage has often already been progressing silently for years. And that’s a shame considering many health professionals agree that diabetes can be prevented, even reversed.

The American Diabetes Association recommends that adults age 45 and older get screened by their physician for type 2 diabetes every three years.

Screening should also happen at any age for those with risk factors for the disease:

Presently, there are three ways that doctors test for diabetes, but in a study involving 9,000 adults, one of these tests failed to detect 73 percent of cases of diabetes.

What if there were a test that could be done much earlier and could identify those people who were at high risk, allowing them to take action sooner and prevent diabetes and its deadly complications?

Several recent studies are on the trail of quicker, more accurate testing. Here are two making big steps in that direction…

Preventing diabetes that starts with motherhood

Researchers at the University of Toronto looked at the metabolic signatures of over a thousand women with gestational diabetes, to try and predict which women were likely to go on to develop full-blown type 2 diabetes after giving birth.

It occurs in three to 13 percent of all pregnant women and increases a woman’s risk of developing type 2 diabetes by 20 to 50 percent within five years after pregnancy.

In this study, however, the researchers were able to identify several other metabolites (by-products of metabolism) that revealed early changes pointing to future diabetes risk, long before any changes in blood glucose were detectable.

Using this method, they predicted with 83 percent accuracy which women would go on to develop diabetes later on. That means those patients can begin steps that could help them avoid the disease, like diet and intermittent fasting.

Looking to the gut to prevent diabetes

“This cohort is probably the best-studied group of people on the planet.”

Michael Snyder, director of the center for genomics and personalized medicine at Stanford University School of Medicine, was talking about a group of 106 people that he and his team followed for four years.

By using nasal swabs, stool samples, and blood tests, the 106 subjects had their microbiomes profiled every three months, especially when they were sick or under great stress.

In this way, Snyder’s team tracked how these events impacted the subjects’ immune systems and the contents of their microbiome.

Related: The bacteria that could give you diabetes

Snyder has co-founded a company to develop a test for pre-diabetes that screens people’s microbiomes for predictors.

“Having an assay for insulin resistance could be very, very powerful in catching people who might develop diabetes much earlier,” says Snyder.

“That’s important because managing pre-diabetes before it becomes diabetes is critical since it’s hard to reverse once diabetes occurs.”

What to watch out for in the meantime

For now, there are ways you can protect yourself and prevent diabetes.

Control your diet. Focus on foods with a low glycemic index, and avoid those high-sugar snacks.

Exercise! Staying active may be the best overall way to prevent diabetes.


Editor’s note: Most people with type 2 diabetes can reduce the severity of symptoms or even eliminate them altogether by making simple lifestyle changes. And you can find them in Forbidden Secrets From Nature’s Pharmacy to Reverse Diabetes and Blood Sugar Problems! For a preview, click here!