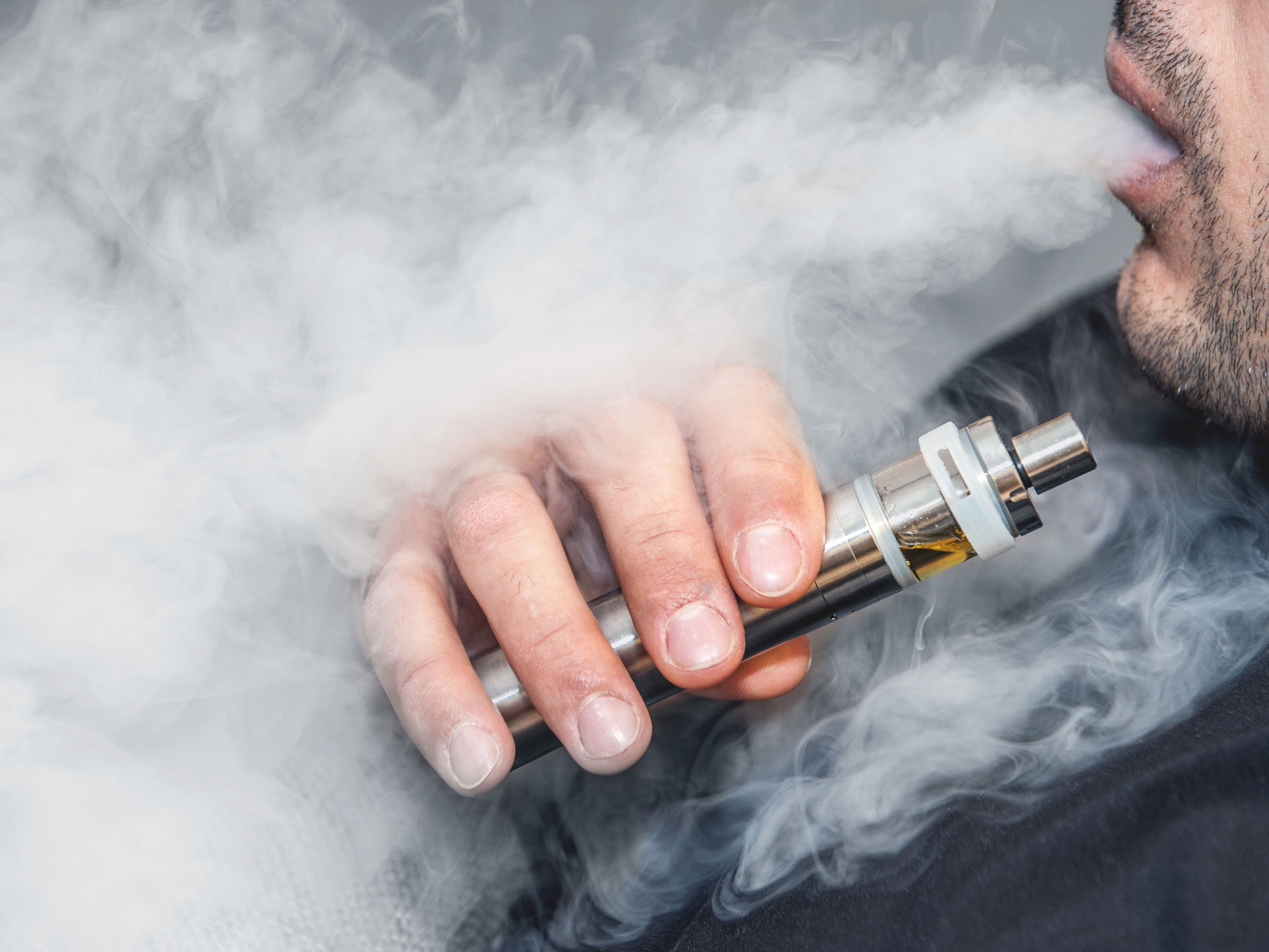 E-cigarettes are having a moment. More people are using them than ever before… but not necessarily for the reason you’d expect.

E-cigs were developed as an alternative to traditional cigarettes for people trying to quit. But statistics show that 59 percent of E-cigarette users also smoke regular cigarettes.

And there’s another interesting trend among e-cigarette users…

They’re getting younger and younger. The number of high school students using e-cigarettes increased by 78 percent between 2017 and 2018. That’s alarming considering there’s no solid proof that e-cigs are safer than traditional cigs.

Now, if you’re reading this, there’s a good chance you’re not an e-cigarette user. This is a healthy living publication, after all. And I know a lot of our readers take their health pretty darn seriously.

But there’s also a good chance someone you love is using e-cigarettes. Maybe it’s your kid or grandkid. Your niece or nephew. Your brother or sister. Or your best friend. That’s why I want to share this information with you, so you can share it with them…

E-cigs stress out your brain cells

A study from the University of California, Riverside shows that sucking on e-cigs could put your brain cells in peril.

In the study, researchers exposed brain stem cells from mice to e-cigarette liquids and aerosols and it triggered something called stress-induced mitochondrial hyperfusion. What is that exactly?

It’s basically your cells’ way of saying they’re in danger and, therefore, stressed out. If this stress continues, eventually they’ll be damaged and could even die.

“Although originally introduced as safer, e-cigarettes, such as Vuse and JUUL, are not harmless,” said Atena Zahedi, the first author of the research paper. “Even short-term exposure can stress cells in a manner that may lead, with chronic use, to cell death or disease.”

Stop with the E-cigs already

Do you know the scariest part about all this? So many young people use e-cigs while their brains are still developing.

The brain continues to develop until the age of 25 or so. And there are millions of high school and college students sucking on e-cigs like they’re immortal and have endless brain cells (ahhh… I remember those days).

Related: Vaping practically as bad for your heart as smoking

Now, truth be told, most of us have done our fair share of brain-damaging things in our youth…. including smoking regular cigarettes (which you better believe was killing our brain cells). But it’s still important to drive the message home that e-cigs aren’t necessarily safer than smoking a Camel or Marlboro. Otherwise, people of all ages get tricked. They think they’re choosing a healthier alternative to smoking. And they’re not.

Do you know what is a healthy alternative to smoking? (Hint: it doesn’t involve smoke at all.)

Going for a run. Drinking a glass of water… or kombucha if you want to get fancy. Heck, even chewing a piece of gum, a toothpick or a popsicle, if your mouth needs something to keep it busy.  Just focus your mind (and mouth) on something else. You’ll be a lot healthier for it, whether you’re 16 or 60.