Home » Soy metabolite may prevent dementia damage to the brain 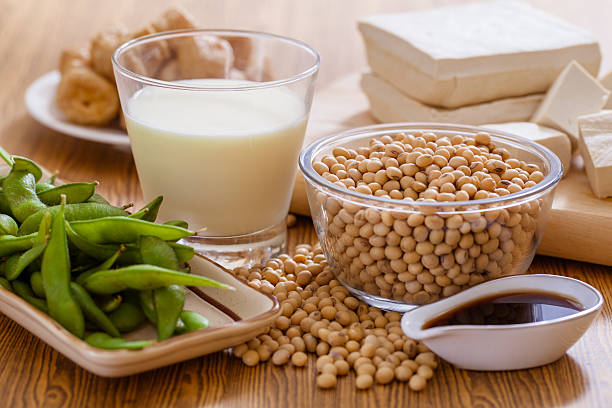 Do you love soy milk, edamame, miso or even tempeh? Can’t wait to get home to make your tofu stir-fry for dinner? Well, I’ve got good news for you!

Those soy products you love so much, might not just be offering you a tasty meal, they could also be offering you significant protection from dementia thanks to a metabolite that’s produced by the gut when you consume soy.

But, there is a catch…

Here’s what we know about how soy works to decrease dementia risk and the one reason it may not work in your case.

They also tracked each person’s blood serum levels of a compound known as equol.

Equol is a metabolite produced by certain gut bacteria when they breakdown foods and drinks that contain soy.

Support Head to Toe Healthy Blood Flow with Natto, Made from Fermented Soybeans!

People who had the highest equol levels had 50 percent fewer white matter lesions than participants with the lowest levels!

That’s right — if your gut bacteria turn soy isoflavones into equol, you could keep your arteries flexible, energize the powerhouses of your cells and lower your volume of white matter lesions — all adding up to a reduced risk of cognitive decline, dementia and even death from all causes.

But, here’s where that catch comes in…

Do you have the right bacteria?

You see, not everyone’s gut bacteria can make equol from soy.

In fact, according to the research team that conducted the study, Japanese populations have more gut microbiota well-suited to produce soy metabolites, compared to Americans, due to higher consumption of dietary soy.

While 40 to 70 percent of Japanese harbor gut bacteria that can convert dietary isoflavones into equol, only 20-30percent of Americans have the gut bacteria to do the same.

And since it looks like the ability to produce equol from soy isoflavones is the key to unlocking the protective health benefits of a soy-rich diet, if your gut bacteria can’t make it, does it mean you’re out of luck?

Since it’s hard to know whether or not you do or don’t have those equol-generating gut bacteria, enjoying the soy you love never hurts.

You can get more soy in your diet by:

And although the researchers say that more studies are needed to determine if equol supplements can be formulated to deliver the same neuroprotective effects, for now, soy isoflavone supplements are available that can be added to your diet.