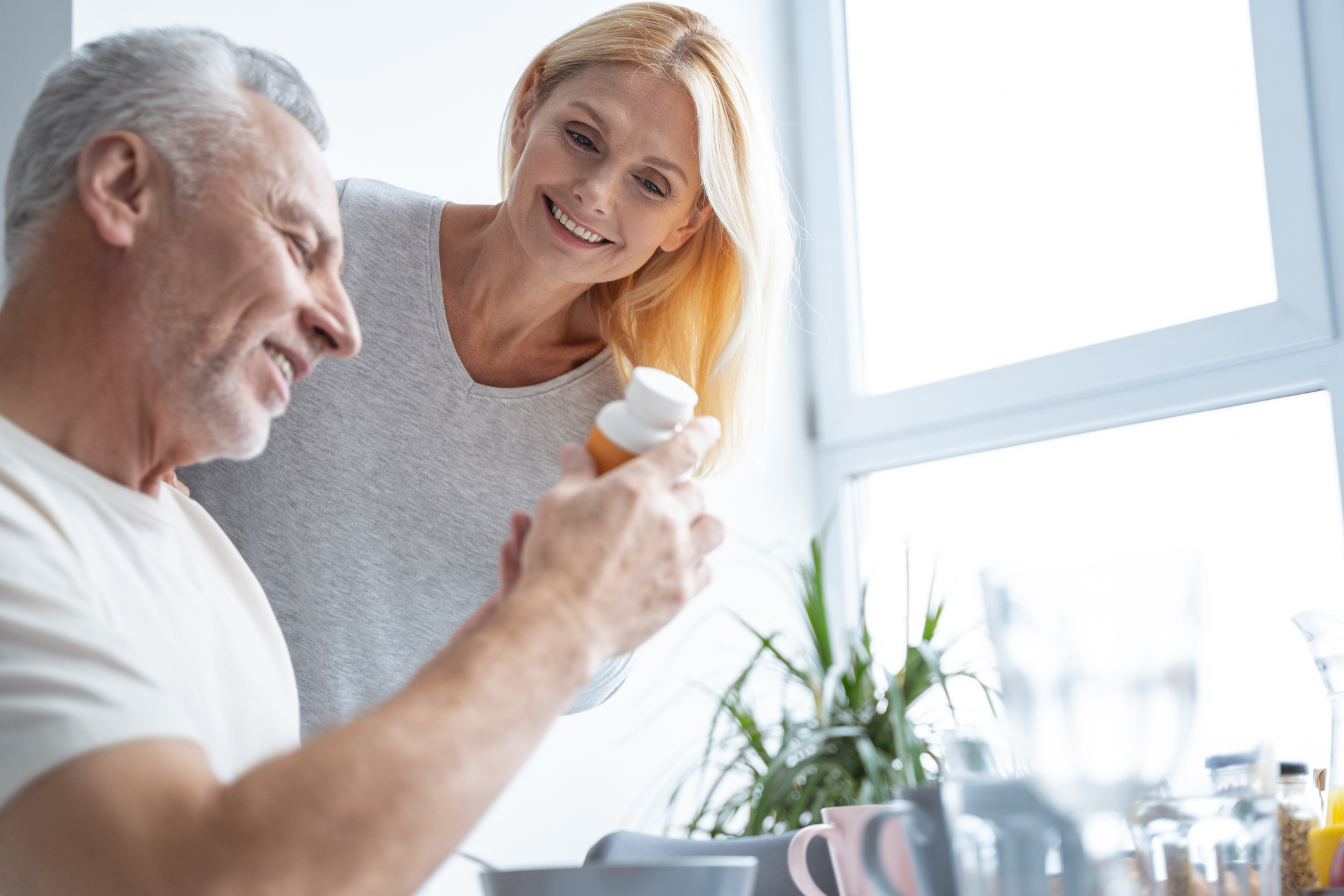 My dad, his sister (my aunt), and their aunt (my great aunt) all succumbed to Alzheimer’s in their 70s.

Not only is it a heartbreaking family legacy, but my siblings and I are all having the same thought: “Will this happen to me, too?”

No one wants to live out their senior years being cared for like an infant by their children. So any time I come across strong medical evidence that suggests we can lower our risks for Alzheimer’s or cognitive decline in general, I share it with my family — and you.

I’ve been hopeful that medicine would develop one big cure. Perhaps, finally, a magic pill that could save us all from what I truly see as a fate worse than death.

To date, they’ve come up flat.

My dad was given drugs his doctors told us could possibly slow his decline. If there were benefits, we didn’t see any. And the side effects were humiliating. They only contributed further to his loss of control of his body — and it became harder on us as caregivers.

So I was excited to see recently that researchers discovered an existing “drug” that limited Alzheimer’s disease progression in the lab.

The “drug” is called Niaspan. But what it really is, is simply an FDA-approved oral formulation of niacin — that’s good old vitamin B3 — that just so happens to also be a cholesterol-lowering nutrient.

Niacin, cholesterol and an Alzheimer’s drug

Niacin belongs to the family of B-vitamins. The role it has in the body is to convert food into energy. It’s also beneficial to the nervous system, digestive system and skin, and can raise HDL cholesterol levels.

But more than a decade ago, research found that dietary niacin was protective against Alzheimer’s disease (AD).

That study included a few years of follow-up and took place from 1993 to 2002. The researchers found that after adjusting the results for age, gender, race, educational levels and the ApoE gene (the gene with the strongest impact for developing AD) — the study participants with the lowest food intake of niacin (an average of 12.6 mg/day) were 80 percent more likely to be diagnosed with AD than those with the highest intake (22.4 mg/day).

You can take niacin as a supplement. So why is there an FDA-approved version of niacin? Because doctors don’t like to suggest supplements instead of drugs. And drug manufacturers want to have a patentable version of any nutrient so they can convince you that only they have “cures,” in this case, for high cholesterol.

Niaspan’s effects on Alzheimer’s in the lab

Niaspan has been around for years. It’s the cholesterol-lowering drug you don’t hear about because it’s not a statin. It’s considered a treatment to take when diet and exercise aren’t enough — but you’re not quite “statin ready” or, more likely, statin-intolerant OR concerned about statin’s ties to dementia.

Once statin use became so ingrained, thanks to pharma’s big push (younger, even lower-risk patients were encouraged to get on the statin train), the less you heard about Niaspan.

But because it’s already an FDA-approved “drug,” it stands a much better chance of getting approved for other indications — off-label uses — which could be the case with Alzheimer’s.

Indiana University School of Medicine researchers suggest that a low and “safe” dose of Niaspan might be sufficient to elicit therapeutic effects in Alzheimer’s (this is typical language, by the way… they always want you to think nutrients are dangerous and that you had better make sure you get “safe” doses).

In any case, mouse models have indicated that “Niaspan, leads to reduced plaque burden and neuronal pathology and rescue of working memory deficits.”

According to one of the co-authors of the study, Miguel Moutinho, Ph.D., and postdoctoral fellow in Anatomy, Cell Biology and Physiology, “This study identifies a potential novel therapeutic target for Alzheimer’s disease, which can be modulated by FDA-approved drugs.” (Again, notice the subtle language telling you that only FDA-approved concoctions can do anything for disease).

The researchers did add, to their credit, that their results were consistent with the existing data showing that dietary niacin is associated with reduced risk for the disease — and also validated niacin’s ability to cross the blood-brain barrier and exert direct effects in the brain.

It’s too early to say if Niaspan could be that big Alzheimer’s drug we’ve been hoping for. But one thing’s for sure… Big Pharma wants to take simple nutrition and turn it into a prescription.

Take prescription fish oil for example. That’s an easier pill for most doctors to swallow, instead of giving you the all-clear when you ask them if you can take a supplement to help lower your cholesterol or protect your brain. Meanwhile, their prescription only contains EPA, and no DHA or DPA, which are a part of the essential fatty acid group.

You don’t have to wait around for the FDA to further modify niacin for their benefit. Natural niacin is already there for us to benefit from. Common foods that contain niacin include meats, legumes, nuts, enriched grains/cereals, coffee, and tea. In addition, niacin is synthesized through the conversion of tryptophan, an amino acid that constitutes about one percent of the protein in foods.

As you age, you can become prone to niacin deficiency, as we don’t process nutrients very efficiently as we get older. To maintain levels, we need a bit more than food can offer. Indeed, according to the Linus Pauling Institute at Oregon State University, 15 percent to 25 percent of older adults do not consume enough niacin in their diets to meet the RDA (16 mg daily for men and 14 mg daily for women), and that dietary intake of niacin decreases between the ages of 60 and 90 years. Older adults are advised to supplement their dietary intake with a multivitamin/mineral supplement, which will generally provide at least 20 mg of niacin daily.

Signs of niacin deficiency include:

The daily upper limit for adults over 19 is 35 mg according to the National Institutes of Health. But the dosage of Niaspan used to treat mice in the study at Indiana University School of Medicine corresponds to a daily dosage of about 500 mg of Niaspan in humans — and that amount was previously found safe when used for treating cholesterol.

However, you do need to know one thing about niacin: at higher doses, it causes a side effect known as flushing which, though annoying, is not considered dangerous. However adverse effects have been reported with higher doses of 1 gram (1,000 mg) or more a day. You do not need that much to benefit from niacin.