Home » The popular tech gadget that works like a hearing aid (without the cost!) 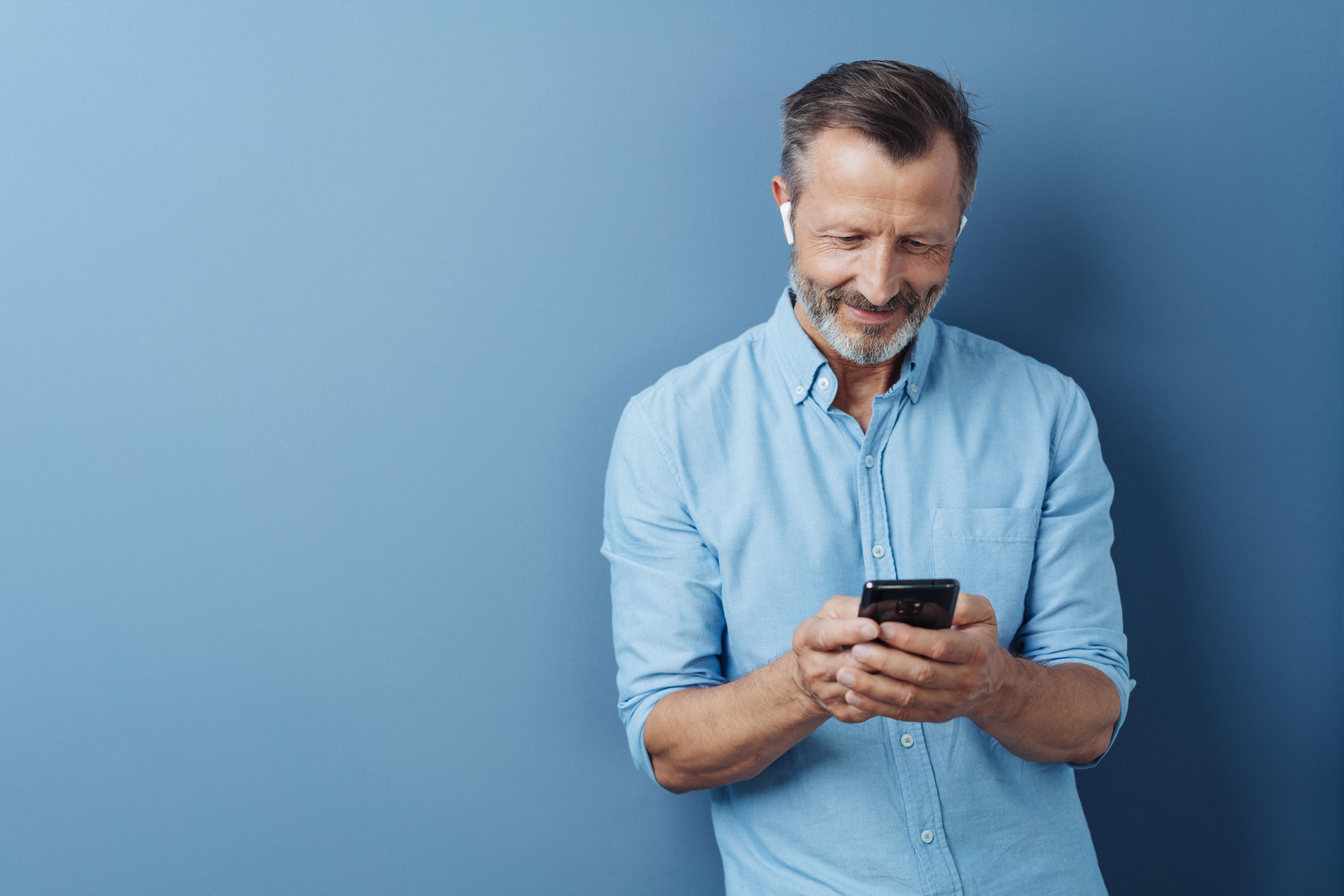 Every so often, something amazing comes out of the world of popular technology, something that can truly change lives.

If you or someone you love lives with hearing loss and is considering the purchase of hearing aids, I’ve found one that may be of great interest to you…

What if you could go out and buy a $250 pair of earbuds and improve your hearing, versus spending $10,000 on a pair of premium hearing aids?

Remember back in the day using a set of large clunky headphones to listen to music? You could jam out to Fleetwood Mac without disturbing anyone around you.

Years ago, those dinosaur headphones gave way to very small earphone devices that sit right inside your ear. They’re commonly referred to as earbuds or ear pods.

In 2016, Apple (yes, that Apple) introduced a feature called “Live Listen” that allows people to use its wireless earphones, called AirPods, for sound amplification (in other words, to make sounds louder).

Yen-Fu Cheng, an otolaryngologist at Taipei Veterans General Hospital, assembled a team to investigate whether AirPods could indeed serve as an alternative to hearing aids.

The team compared Airpods 2 and AirPods Pro (the model with a noise canceling feature) against a type of premium hearing aids and a basic pair of hearing aids. They tested these four devices with 21 participants who had mild to moderate hearing loss.

The researchers read a short, simple sentence to participants, who were asked to repeat the words verbatim while wearing each of the devices.

They found that AirPods Pro performed almost as well as basic hearing aids in a quiet environment, and were only slightly inferior in performance to premium hearing aids.

AirPods 2 had the lowest performance among the four, but participants still heard more clearly while wearing them than they did with no hearing aid at all.

Ying-Hui Lai, the study’s co-author and a bioengineer at National Yang Ming Chiao Tung University in Taipei, notes that the superior performance of AirPods Pro is likely due to its noise canceling feature.

To use “Live Listen” your AirPods need to be connected to your iPhone. A tech support employee in an Apple store could probably demonstrate how this works.

Estimates suggest that around 75 percent of people with hearing loss in the United States do not use hearing aids. They’re just too expensive, with even basic hearing aids costing around $1500. And getting fitted requires multiple visits to otolaryngologists and audiologists for tuning.

In a study at the University of Michigan, researchers used data from close to 115,000 people over age 66 with hearing loss, all of whom had insurance coverage through Medicare.

Some participants chose to get hearing aids, while others did not.

The researchers found that, within three years of a hearing loss diagnosis, the relative risk of being diagnosed with dementia, including Alzheimer’s disease, was 18 percent lower for hearing aid users than for those who didn’t use hearing aids.

If you notice your hearing getting worse, or if you are struggling to hear conversations or persons talking to you, don’t ignore it because you think you can’t afford hearing aids, or don’t want to bother with the necessary exams.

First of all, it’s pretty clear that you’re risking more than your hearing by not doing something about it.

Otolaryngologist Yen-Fu Cheng says, “These wireless earbuds are of course not perfect, but they would be a good starting point for many patients who don’t have access to professional hearing aids. They will see an increase in quality of life even with these earbuds.”

Oh, and one more tip…

Past studies have shown that if you want to guard your hearing, powerful omega-3 fatty acids could help.

Specifically, these studies showed that “among those who consumed fish two or more times each week there was a 42 percent reduction in the risk of developing hearing loss. Additionally, there was a direct longitudinal correlation between total omega-3 PUFA intake and the degree of hearing loss experienced.”