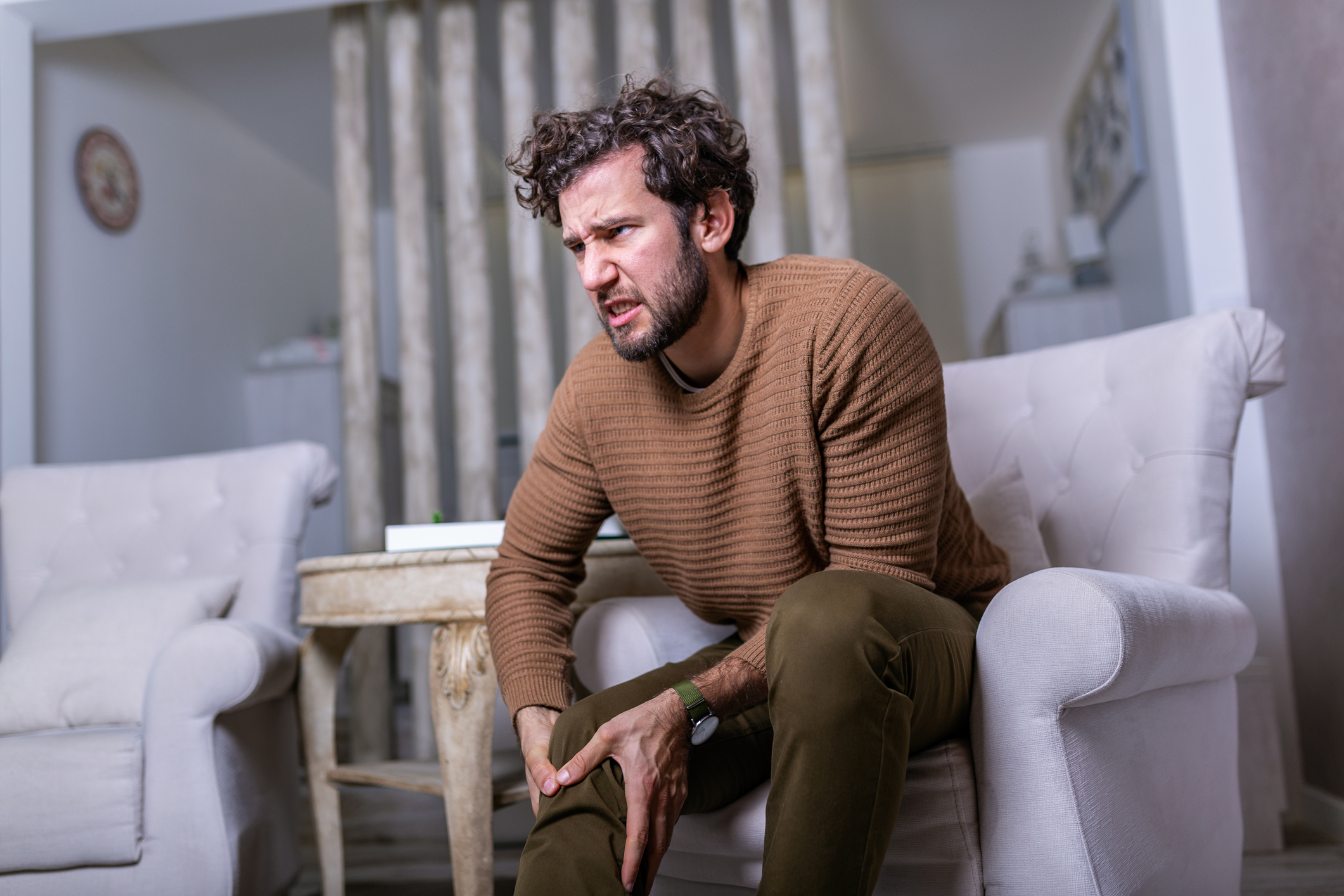 Many people believe that osteoarthritis is just an unavoidable result of aging, as the cartilage in knee and hip joints wears away, leaving the joints stiff and painful. Having osteoarthritis can severely limit your ability to do the things that make life enjoyable.

Obesity has long been considered a major underlying cause of osteoarthritis at any age. It was believed that extra weight on hips, knees and back joints caused strain and damage.

Recently, though, researchers have questioned whether added weight was the only factor that linked obesity with osteoarthritis (OA). Their findings have given us hope for new and better osteoarthritis treatments…

It’s not just about losing weight

The findings of a new study by scientists at the Shriners Hospital for Children in St. Louis suggest that the damaging effects of obesity on the joints are not due to body weight, but to biochemical signals released by fat cells.

“We’ve shown … that it’s not overloading of the joints that is responsible for osteoarthritis but, more likely, a factor given off by fat cells that makes cartilage susceptible to degeneration,” says Dr. Farshid Guilak, director of the St. Louis Shriners Hospital Research Center.

A team of postdoctoral fellows under Dr.Guilak’s supervision ran an experiment with a unique type of mouse that has no fat cells anywhere in their bodies.

When these mice were fed an extremely high-fat diet, they did not develop osteoarthritis in any of their joints. Even mice with knee injuries that made them more susceptible did not develop OA.

However, when researchers implanted a tiny piece of fat under the skin of these mice, so small that it had no effect on their body weight, the mice became susceptible to OA.

This showed researchers that it is not weight gain alone that is playing a role in cartilage degeneration, but something about the fat itself, even if it is located far from the joint.

“This study demonstrates that factors outside of the knee joint can affect cartilage health, which opens the door for a wide range of new osteoarthritis treatment targets we can investigate,” says lead investigator Dr. Kelsey Collins.

“Once we identify the factors given off by fat cells that are responsible for these effects on the joint, we hope to develop new drugs to target them.”

These findings are backed by an earlier Australian study, which pointed out that a combination of increased force on the joints and metabolic factors must be responsible for osteoarthritis since non-weight bearing joints (hands, feet) are also commonly affected.

What you can do NOW to combat osteoarthritis

Referring to possible new treatments based on this research, Dr. Collins says, “Something like this could take years to develop, but we’re excited about its prospects for reducing joint damage, as well as many of the other unhealthy effects of obesity.”

So, what can you do in the meantime to keep from being disabled by OA?

Dr. Guilak says that, for now, a healthy diet and weight loss are the first lines of prevention for OA. Make sure to include foods that can help you get more of these nutrients shown to keep some of the worst symptoms at bay…

Foods rich in omega-3 fatty acids, including fatty fish, walnuts and flaxseed, should top your list. Other options are fish or krill oil supplements. A review of 68 studies concluded the fish oil reduces the inflammation and pain associated with OA.

But, because both oxidative stress (affecting cartilage) and inflammation play a role in the pathogenesis of OA, krill oil may have the upper hand. In addition to omega-3s, it provides the powerful antioxidant astaxanthin — something fish oil does not.

Krill oil was found to reduce inflammation by 30 percent in 30 days versus a 25 percent increase in trial participants receiving a placebo.

Increasing omega-3s may also help decrease the “fat factor” the Shriners’ researchers found to be involved in osteoarthritis. In separate research, it was found that omega-3 intake in obese people reduces belly fat by actually shrinking the size of individual fat cells.

Dark leafy greens, along with broccoli and broccoli sprouts, are rich in sulforaphane, an organic compound that strengthens bones, prevents inflammation and fights obesity, as well as vitamin D and vitamin K — both of which improve calcium use in the body.

Green tea. Polyphenols and antioxidants may reduce inflammation and slow the rate of cartilage damage.

Vitamin C-rich foods or supplements. A 2011 study at the University of South Florida reported that people who took vitamin C supplements were 11 percent less likely to develop osteoarthritis than those who took no supplements.

Foods to avoid because they increase or stimulate inflammation include:

Krill oil versus placebo in the treatment of knee osteoarthritis: protocol for a randomised controlled trial — Biomedcentral.com