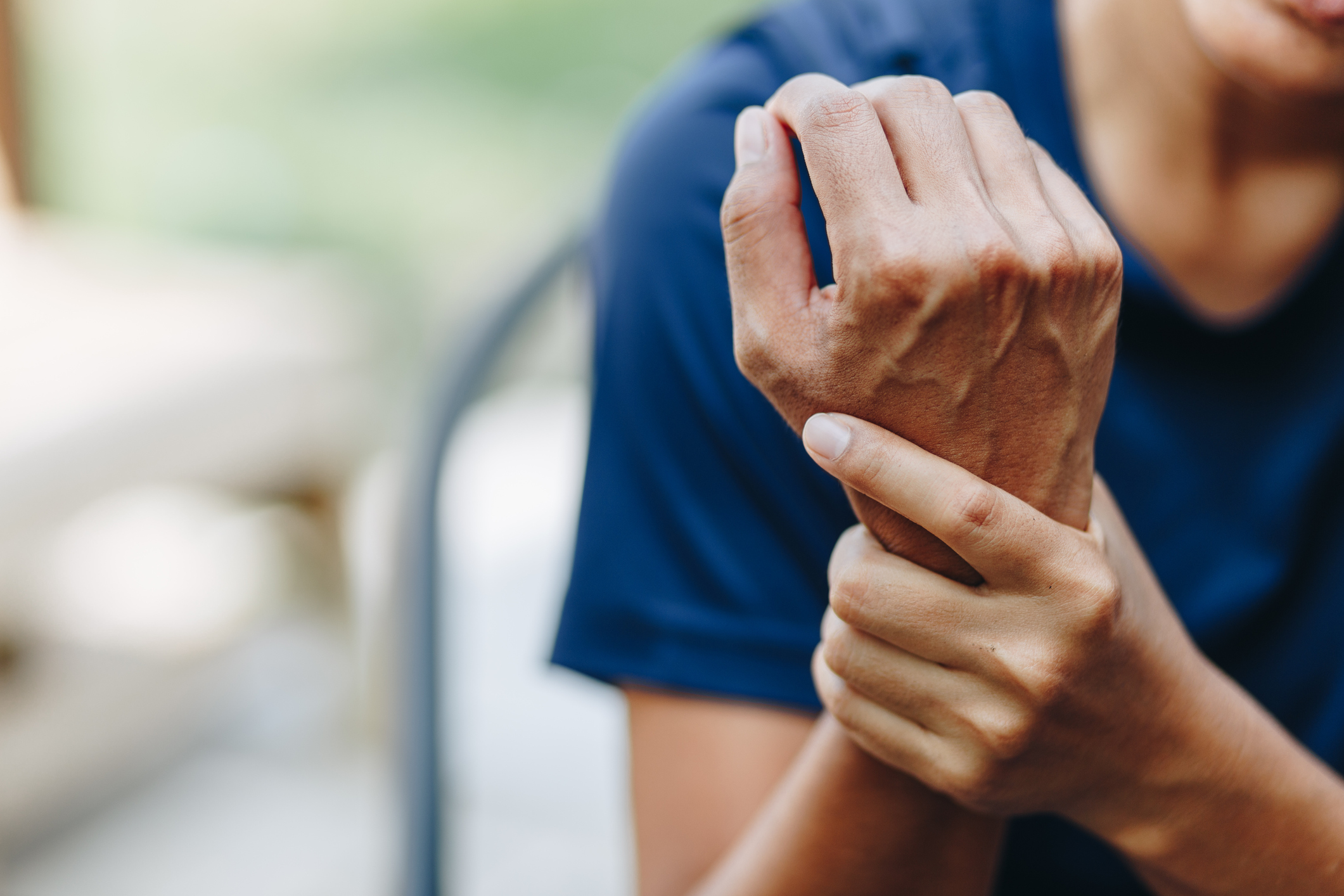 Who would have thought a handshake could send a clear signal that something is wrong with your health? But that’s exactly what research is showing. A weak handshake could be a sign that your muscles aren’t getting enough oxygen, that you could be aging too quickly and that there’s serious disease risk in your future.

Offering a firm handshake when you meet someone is often taken as a sign of self-confidence. It shows that you’re interested and reflects your character. It’s also a sign of strength.

However, you may be as muscular as a young Arnold Schwarzenegger, but your handshake will reveal the true state of your health and strength — and whether you’re at risk for chronic disease and premature aging.

Prof. Adams and his team assessed 613 men ages 40 to 88 in the Men, Androgen, Inflammation, Lifestyle, Environment and Stress (MALES) Study.

Their goal was to measure the connection between muscle mass and grip strength in men who have obstructive sleep apnea.

Sleep apnea is a condition where the airway is closed off by soft tissue, causing a person to stop breathing for up to 30 seconds, sometimes hundreds of times per night.

It is believed that the stress of repeated episodes of breathing disruption, with the drops in oxygen levels, may cause systemic inflammation, which increases the risk for a cytokine storm.

The MALES study found that, no matter how muscular a man was, how much muscle mass he had, if his grip strength was weak, it indicated other underlying problems — including issues connected with aging, as well as systemic inflammation and hypoxemia (lack of oxygen in the blood).

“Without good levels of oxygen in the blood, we cannot use the muscles we have to their maximum,” says Professor Adams.

“Our findings suggest impairments in hand grip strength (HGS) may be related to fat infiltration of muscle, hypoxemia-induced reductions in peripheral neural innervation, or even endothelial dysfunction — a risk in chronic inflammation and even cancer.”

In other words, the reduced oxygen that comes with chronic sleep apnea can lead to the destruction of nerves and blood vessels, and chronic inflammation, which we know is a hallmark of so many diseases — arthritis, diabetes and heart disease, to name a few.

If you think you may have sleep apnea

Another reason this research was so important?

According to Adelaide Sleep Institute for Sleep Health researcher Dr. David Steven, “This is important as up until now, age-related declines in strength and immobility (sarcopenia) were thought to be due to reductions in muscle which started when someone was over 60 years old. Instead, the declines in strength appear to begin at a younger age in people with obstructive sleep apnea (OSA).”

That means if you’re living with untreated sleep apnea, you’re could be experiencing muscle loss at a much younger age, along with the other health risks discussed above.

How do you know if you could have sleep apnea?

Some definite signs of sleep apnea are:

●     Occasionally waking up with a choking or gasping sensation

●     Sleepiness or lack of energy during the day

●     Difficulty concentrating, or just not feeling as sharp as you used to

If any of these symptoms are familiar to you, it’s time to check with your doctor, who can help you determine if sleep apnea is the cause.

Right now, the best treatment for sleep apnea is wearing a CPAP mask connected to a machine that delivers constant and steady air pressure.

For the best success, be sure to have your mask properly fitted, give yourself time to get used to wearing one and prep your nose with saline spray before bedtime to keep it from drying out during the night.

Many people find CPAP machines to be a nuisance. But wearing one could save not only your muscles but your life.

Getting a grip on better health — Eureka Alert