Home » The vitamin that halves the risk of melanoma 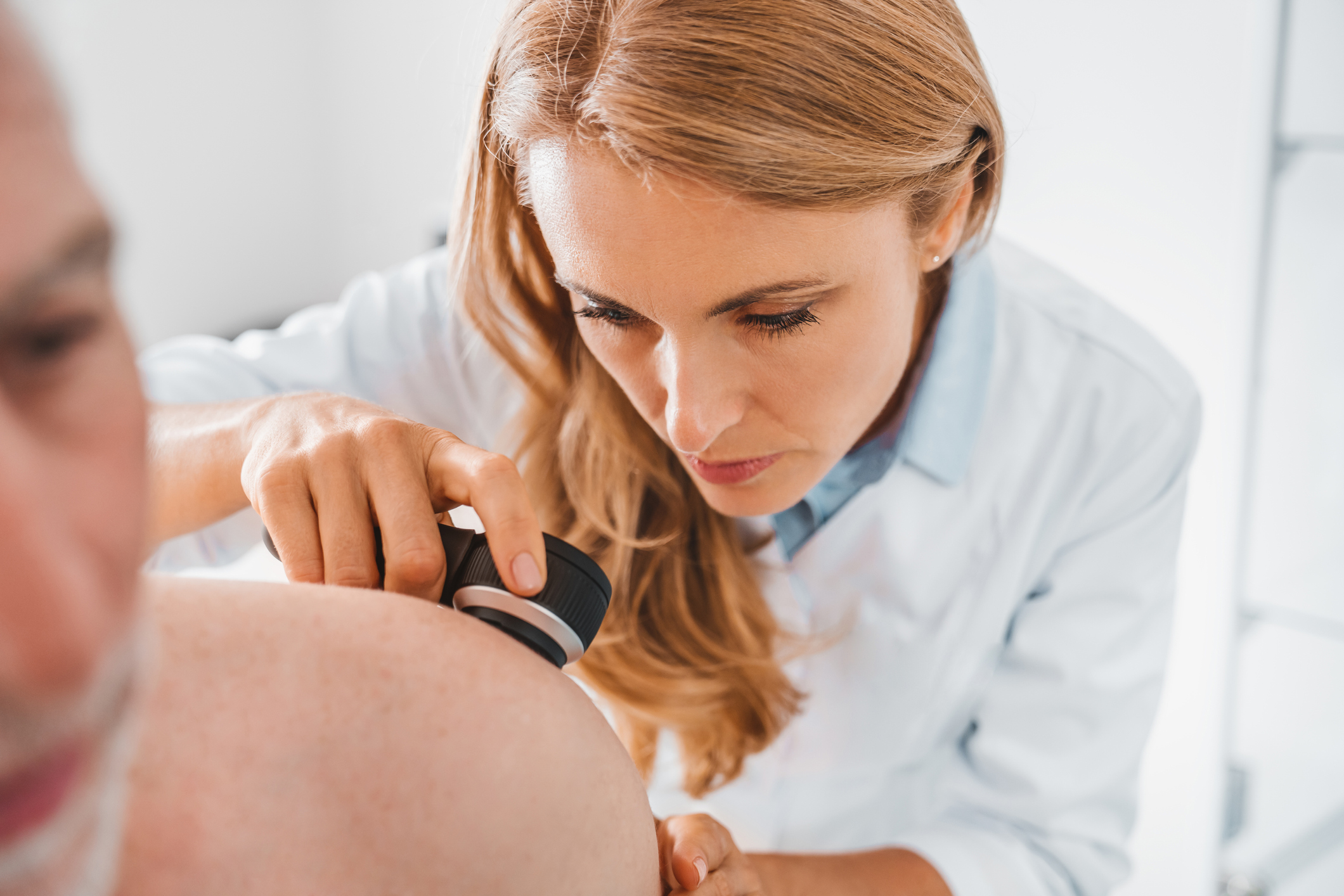 I recently visited my doctor when I became aware of a mole on my back that I couldn’t see, but that had seemingly appeared out of nowhere.

Because I’m over 65, I know that I’m at higher risk of developing melanoma, an aggressive form of skin cancer — so I don’t mess around with these things.

Fortunately, mine turned out to be a seborrheic keratosis, which is also common at my age, and not pre-cancerous.

Until recently, the common wisdom was that, other than avoiding too much sun and monitoring any changes in your skin, there wasn’t much you could do to prevent melanoma, especially if it runs in your family.

That’s changing, though. And I’m heartened to find out that something I’ve been doing for years might be reducing my risk…

A Finnish study certainly seems to give a lot of credit to the sunshine vitamin for lowering the risk of melanoma.

This is great news since some past studies, which were based on serum (blood) levels of calcidiol (a vitamin D metabolite) have been contradictory.

The reason for that, according to the researchers, is that measuring serum calcidiol doesn’t provide accurate information on the metabolism of vitamin D in the human skin. That’s because our skin can express enzymes that generate biologically active vitamin D metabolites or inactivate them.

From there, the participants were divided into three groups based on their intake of vitamin D supplements: non-use, occasional use, or regular use.

The most outstanding finding?

In fact, regression analysis showed the risk for melanoma among regular users was considerably reduced — more than halved — compared to non-users.

Even the participants that had been classified as “occasional users” of vitamin D appeared to have a lower risk of melanoma than the non-users.

The findings confirm previous research that has associated low vitamin D levels with more aggressive melanomas. In 2016, Julia Newton-Bishop, a professor of dermatology at the University of Leeds, found that lower levels of vitamin D are associated with thicker tumors and poorer survival.

An extra layer of protection

Even though vitamin D supplementation shows much promise in the battle against melanoma it did not seem to be effective for basal cell or squamous cell carcinoma, nevus count, actinic keratoses or photoaging.

So that means, in addition to supplementing vitamin D, it’s still important to follow all the old-school advice like avoiding too much sun, wearing sunscreen, regularly performing self-checks and seeing a dermatologist at least once a year.

As helpful as this research was, the researchers feel more is necessary to determine the exact optimal dose of oral vitamin D for it to have its beneficial effects.

But though that’s still to be determined, we do know a lot about supplementing vitamin D in general…

In the United States, the current daily vitamin D recommendation for adults is 600 IU through age 70 and 800 IU for age 71 and older. But findings in recent years show that may be inadequate and taking higher doses of vitamin D certainly isn’t harmful.

According to the Mayo Clinic, vitamin D toxicity may occur in adults taking 60,000 IU per day for several months.

It’s commonplace for experts to regularly recommend sensible daily doses of vitamin D at 2000 IU and 5000 IU, especially in light of the fact that researchers have challenged the intake of vitamin D recommended by the National Academy of Sciences (NAS) Institute of Medicine (IOM), stating that their RDA for vitamin D underestimates the need by a factor of ten.

The most important thing about melanoma is to catch it early. This makes it treatable, rather than a death sentence.

Here’s what to look for if you have a suspicious or new mole.

Regular use of vitamin D supplement is associated with fewer melanoma cases compared to non-use: a cross-sectional study in 498 adult subjects at risk of skin cancers — Melanoma Research