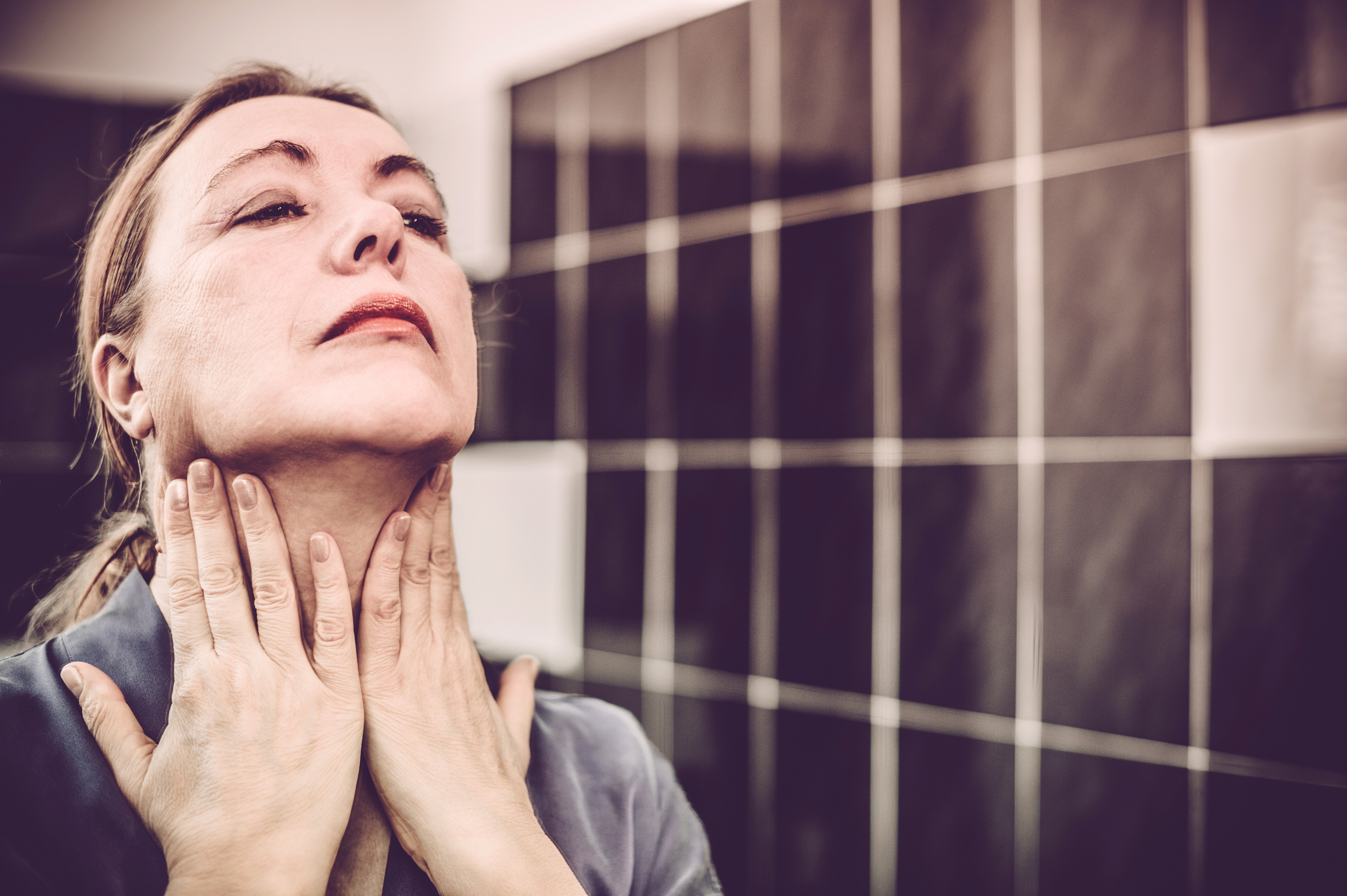 Your thyroid is a small, butterfly-shaped gland in your neck. But small as it is — it has a very big role in your health…

Your thyroid gland helps regulate many functions in the body by working to keep a steady flow of thyroid hormones circulating in your bloodstream.

One very important job those hormones manage is your metabolism. That’s why often if someone just can lose weight no matter how hard they try, it’s often chalked up to a hormone or thyroid problem.

But an underactive thyroid can cause problems far beyond adding a few extra pounds to your middle.

In fact, according to research by scientists at Brown University, it could put you in extreme danger of dementia.

The link between hypothyroidism, age and dementia risk

When scientists compared the rates of thyroid problems in 7,843 seniors recently diagnosed with dementia against the health records of the same number of people without dementia, they found something concerning…

While living with hyperthyroidism (an overactive gland) did not affect dementia risk, the same could not be said for those with an underactive thyroid, or hypothyroidism.

After adjusting for other factors that could affect the risk of dementia, such as sex, age, high blood pressure and diabetes, the researchers say that this means that people over the age of 65 with hypothyroidism are a whopping 80 percent more likely to develop dementia than people the same age without thyroid problems.

But the disturbing link doesn’t end there…

When researchers looked only at people who took medication for their hypothyroidism, they found they were three times more likely to develop dementia than those who did not take medication.

“One explanation for this could be that these people are more likely to experience greater symptoms from hypothyroidism where treatment was needed,” said study author Chien-Hsiang Weng, MD, MPH, of Brown University.

Luckily, there is good news…

“In some cases, thyroid disorders have been associated with dementia symptoms that can be reversible with treatment,” says Weng. “While more studies are needed to confirm these findings, people should be aware of thyroid problems as a possible risk factor for dementia and therapies that could prevent or slow irreversible cognitive decline.”

Supporting your thyroid to support your brain

Now, you may already know that two-thirds of people living with cognitive decline are women. I don’t think it’s any coincidence either that the risk for thyroid conditions is roughly 10 times higher for women than men.

For these reasons, I urge every woman to know the signs that her thyroid is in trouble. If you suspect yours is not functioning up to par, talk to your doctor about testing.

But don’t be surprised if he comes back and says everything looks fine. The symptoms mimic those of so many other conditions and standard thyroid tests often miss the mark. I believe that’s why it took me years to get a proper diagnosis for Hashimoto’s.

I didn’t wait, however. My research led me to simple nutrients the body requires to support the health of the thyroid gland. Here’s my list and how the research shows they help…

Since then, I’ve made Peak Thyroid Support™ my go-to formula because it contains all of them at the optimal levels my thyroid needs.

One more word of advice: It’s no secret that women have to be persistent when it comes to matters of health. Don’t let anyone tell you that your symptoms are “all in your head” or chalk them up to menopause or other “female” problems. Stand up and take care of yourself.