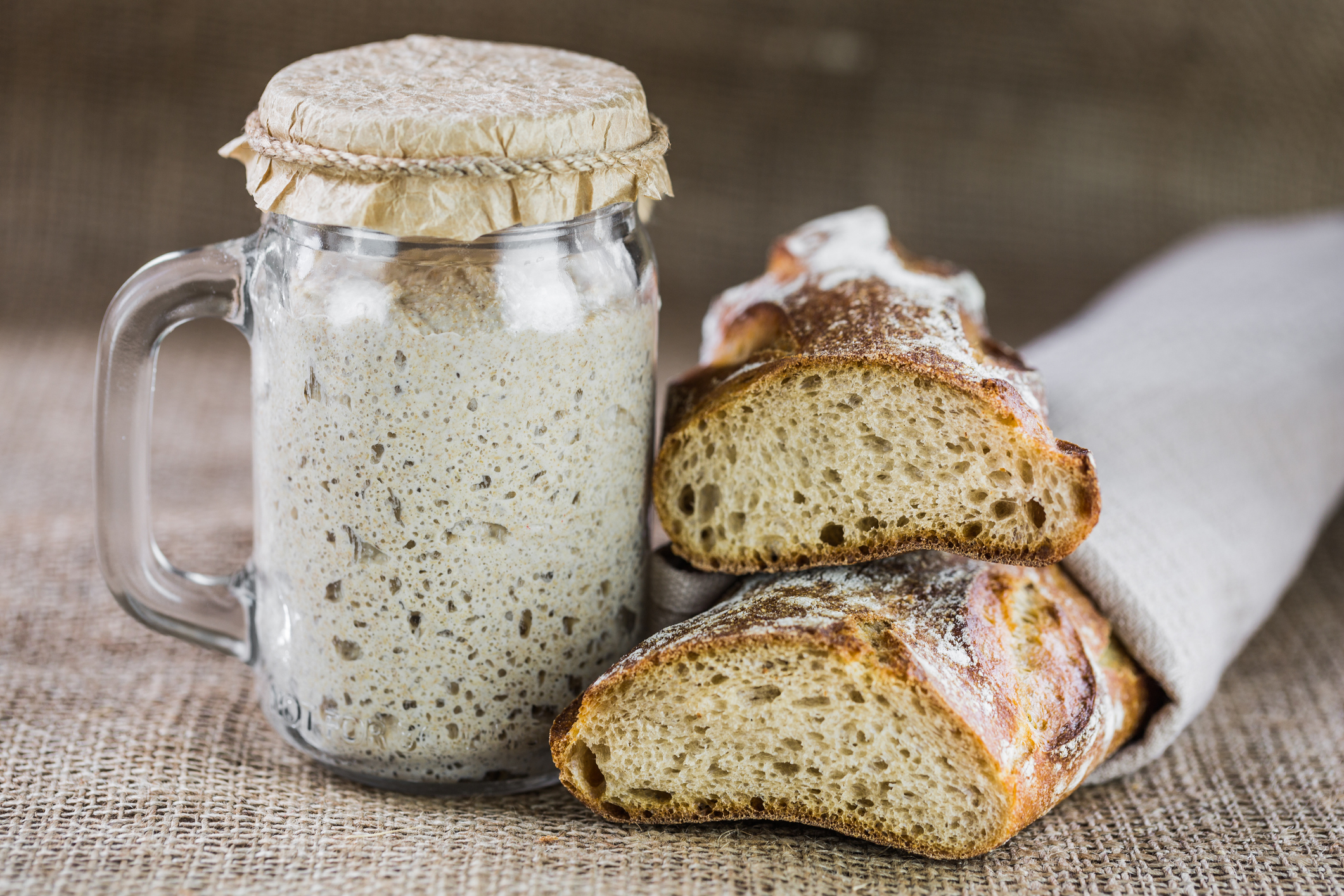 About a year ago, I began eating sourdough bread, and I haven’t eaten any other kind of bread since.

It’s chewy, light, and has a distinctive, earthy flavor that I really enjoy.

But even better, I made a great choice because sourdough bread is infinitely healthier and more nutritious than your average store-bought loaf, either white or wheat.

Recently, I’ve learned more about what makes sourdough bread a natural choice, both for nutrition and ease of digestion.

Once you read about the superior qualities of sourdough bread, you, too, may make the switch.

Experts believe that the use of grain fermentation to make bread rise originated in ancient Egypt around 1500 B.C. and that it was the main method of leavening bread until baker’s yeast replaced it just a few hundred years ago.

Sourdough bread uses grain fermentation. It begins with a starter, a fermented mixture of flour and water.

The flour and water are mixed together and left to sit. Wild yeasts and bacteria from the flour, as well as bacteria from your hands, then begin to feed on the natural sugars in the flour.

The benefits of lactic acid

It’s one of the microbes that give sourdough bread its unique flavor and chewy texture.

That’s partially because the fermentation process breaks down phytic acid, a compound that blocks nutrient absorption.

And sourdough has plenty of nutrients waiting to be absorbed. A two-ounce slice contains:

Researchers believe that the fermentation process reduces the glycemic index of sourdough bread by changing the structure of carbohydrate molecules, thus slowing down the speed with which sugars enter the bloodstream.

One study found that people who ate sourdough bread had a significantly lower blood sugar spike after thirty minutes than those who ate bread made with baker’s yeast.

And sourdough bread has some heart benefits, too.

Sourdough fermentation boosts the number of polyphenols in flour. Polyphenols, as we know, are plant compounds found in berries and other fruits and vegetables that may help fight heart disease, as well as cancer, type 2 diabetes and Alzheimer’s.

How to make sourdough bread

It’s really not difficult to make your own loaf of delicious sourdough bread. A jar, some flour, water, and salt are all you’ll need on hand.

Here are two beginner’s recipes: one for the starter and one for baking the bread.

All About Sourdough — Nourish (Web MD)

All About Sourdough — Healthline