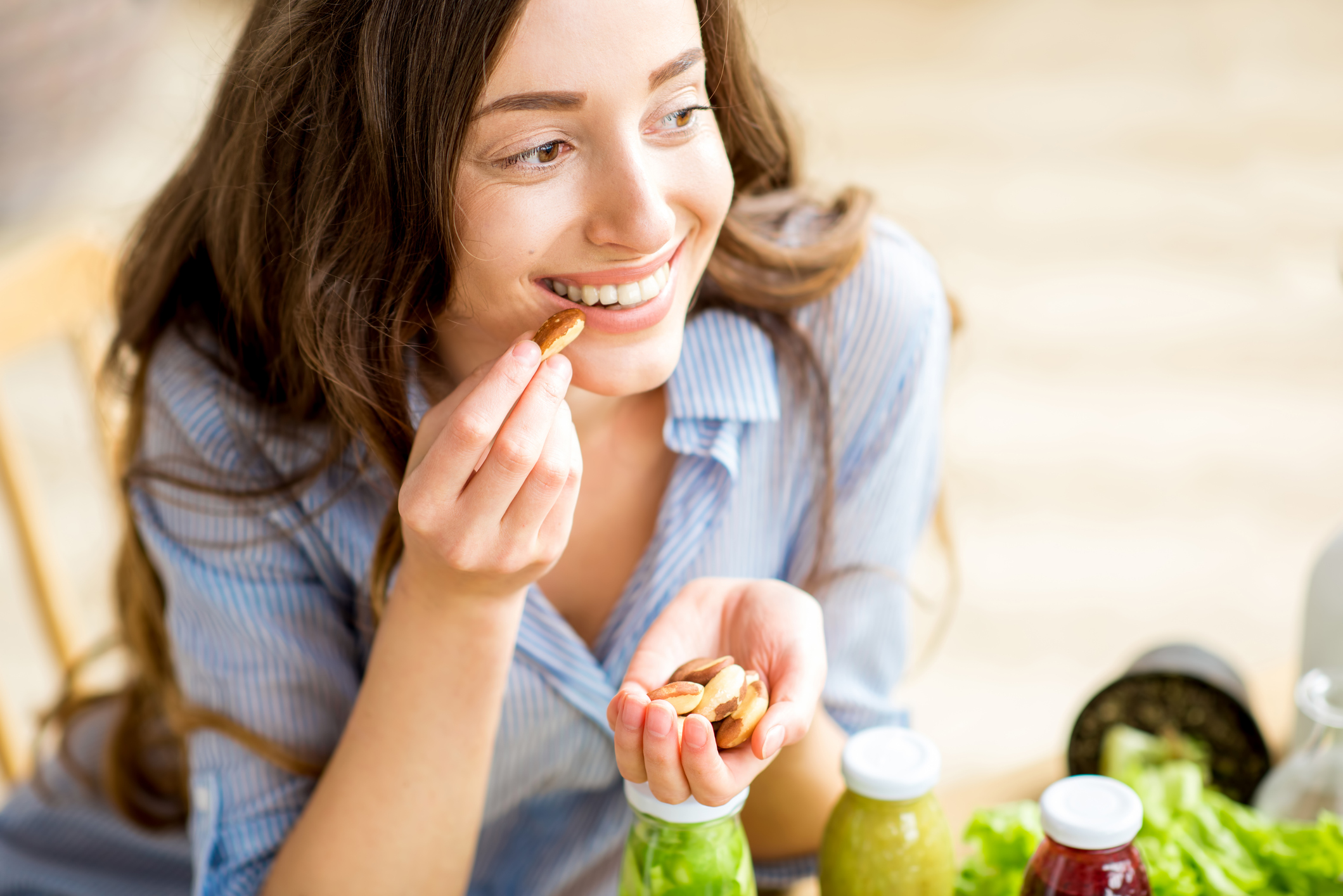 To help control their weight and promote a longer healthspan (a longer healthier lifespan) many people are turning to restrictive diets, like the vegan diet, known for its health and longevity benefits. But thanks to the mineral selenium, you may not have to…

Meat and animal products are high in the amino acid methionine and reducing methionine intake has been shown to reduce the body’s production of ‘white fat’ and guard against obesity.

A vegan diet eliminates all animal products, including eggs and milk. But not all of us are prepared to follow a diet that restrictive.

Luckily, researchers have been busy identifying exactly what happens in our bodies when we reduce methionine by eating vegan, and they’ve found a simple way we can duplicate this mechanism without changing our diet at all.

Researchers have pieced together a chain of clues that led them to an important conclusion: that supplementing with the mineral selenium could have the same life-extending results as restricting methionine.

Here’s how it happened.

A research team from the Orentreich Foundation for the Advancement of Science (OFAS) in Cold Spring, New York, wanted to develop an intervention that produced the same positive effects as methionine restriction, but that allowed for a normal diet.

The researchers already knew that methionine restriction causes a decrease in the amount of an energy-regulating hormone called IGF-1. This was their first clue.

If there were a different intervention that also lowered IGF-1, they reasoned, maybe it would offer the same protection against obesity that methionine restriction does, but without having to go vegan.

Previous studies showed that selenium reduces the levels of circulating IGF-1 in rats. Maybe this trace mineral was the ‘missing link’ the team was looking for.

To find out, they fed young male and older female mice one of three high-fat diets:

Bingo! For both male and female mice, selenium supplementation protected against the weight gain and fat accumulation seen in the mice who ate the control diet.

More importantly, though, selenium also protected against obesity as effectively as restricting methionine.

According to senior study author Jay Johnson, Senior Scientist at OFAS, “One of the major goals of aging research is to identify simple interventions that promote human healthspan. Here we present evidence that short-term administration of either organic or inorganic sources of selenium provides multiple health benefits to mice, the most notable of which being the prevention of diet-induced obesity. In the long term, we expect that supplementation with these compounds will also prevent age-related disease and extend the overall survival of mice. It is our hope that many of the benefits observed for mice will also hold true for humans.”

The other half of the equation the researchers wanted to check into was lifespan. Previously they’d shown that restricting methionine increased the chronological lifespan of yeast.

Could selenium do the same? That would be a definite yes…

The yeast grown under selenium-supplemented conditions had a 62 percent longer chronological lifespan (from 13 days to 21 days) and a replicative lifespan extended by nine generations as compared with controls.

This demonstrated that selenium produces benefits to healthspan detectable by multiple tests of cell aging.

Now, you might wonder why yeast is used in experiments that hope to discover ways to improve human health. Scientists say yeasts are a powerful chemical and genetic screening platform especially when testing potential anti-aging substances. For example, yeast-based studies helped identify the polyphenol resveratrol and the natural polyamine spermidine as potential anti-aging agents.

Where to find selenium

Selenium may be a trace mineral, meaning you don’t need a lot of it (the recommended dosage is 55 mcg/day for adults). But having enough is crucial to thyroid health, and could even slow the progression of a thyroid condition known as Graves eye disease.