Home » To lower blood pressure, use your whole spice rack 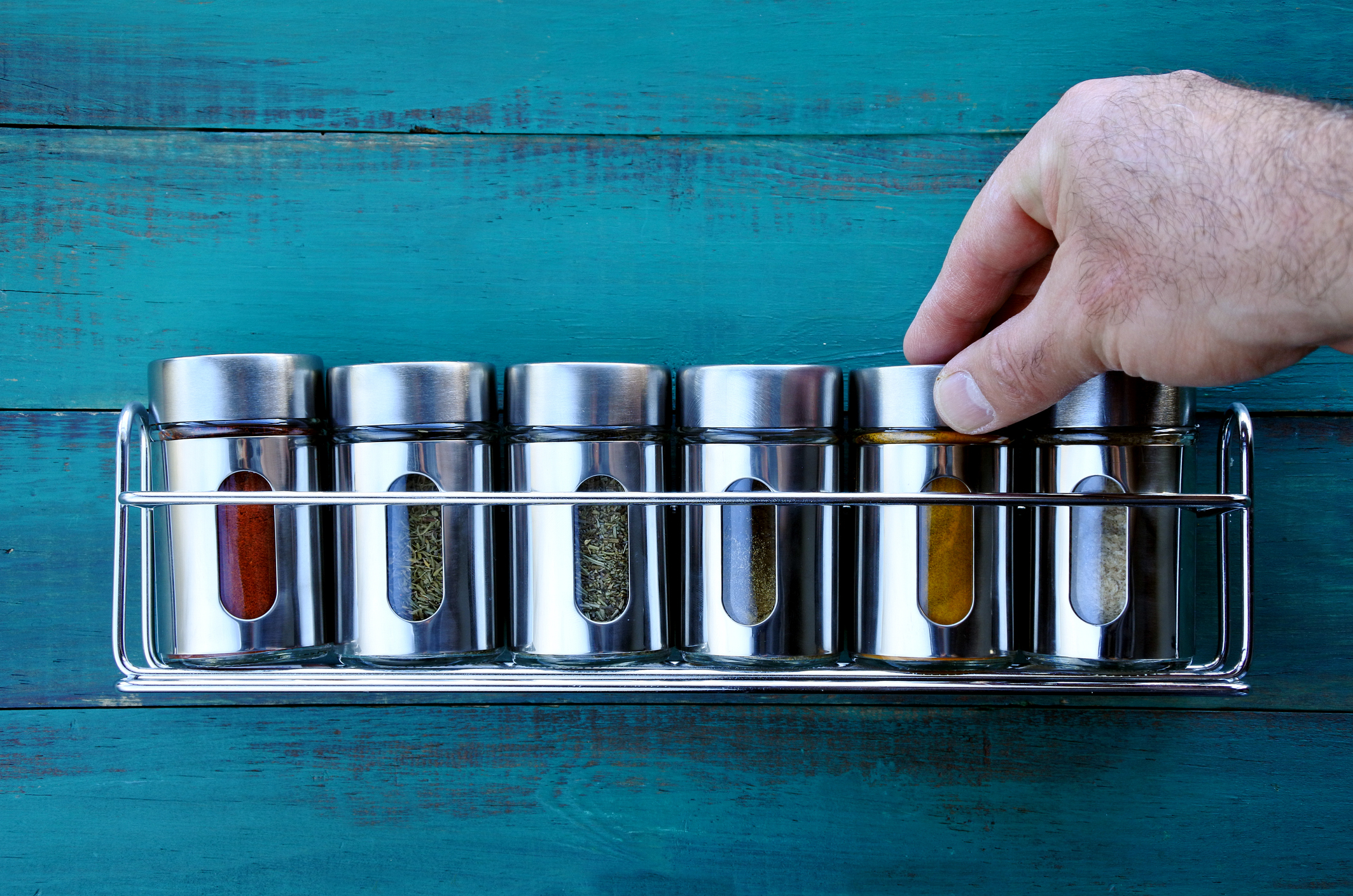 If you have high blood pressure, you’ve probably been told to cut back on salt. And given how much we’ve come to rely on salt for flavoring our food, the idea of eating tasteless low-sodium meals day in and day out can seem depressing.

But just because you’re using less salt in your food doesn’t mean you have to skimp on flavor. There are plenty of herbs and spices that will add zing and zest to your meals. And new research suggests liberal use of these seasonings will benefit your heart health as well…

In a controlled-feeding study, researchers found that adding 6.5 grams, or 1.3 teaspoons, of herbs and spices to daily meals lowered participants’ blood pressure after four weeks.

“Adding herbs and spices to your food is a great way to add flavor without adding extra sodium, sugar or saturated fat,” says Penny Kris-Etherton, professor of nutritional sciences at Evan Pugh University. “And, if you go a step further and add these seasonings to foods that are really good for you, like fruits and vegetables, you can potentially get even more health benefits by consuming that extra produce.”

Cardiometabolic diseases like heart disease, stroke and type 2 diabetes are among the leading causes of death in the United States. And one of the best ways to fend off heart disease is by maintaining healthy blood pressure.

Kristina Petersen, a Texas Tech nutritional sciences professor and co-principal investigator of the study, says while people with high blood pressure have long been encouraged to season their food with herbs and spices instead of salt, it wasn’t clear whether these seasonings have their own benefits to heart health.

“As nutritionists, we’re interested in new ways we can use diet to benefit health, and cardiovascular health in particular,” Petersen says. “We were curious about how herbs and spices could affect heart health, since they are versatile and can be added to many different types of food.”

The study involved 71 participants with risk factors for heart disease who consumed a typical daily diet for Americans that included three different levels of herbs and spices. One diet had a low dose of 0.5 grams, the second a moderate amount of 3.2 grams, and the third a high dose of 6.5 grams.

Each of the three daily diets was given to participants for four weeks, with a two-week break between each diet. The order of the four-week diets was decided at random.

Results showed that after consuming the diet with the highest dose of seasonings, participants had lower systolic blood pressure than they did after eating the low and medium dose diets.

What really excited the researchers was that the diets in the study were not designed to be heart healthy.

“I think it’s really significant that participants consumed an average American diet throughout the study and we still found these results,” Kris-Etherton said. “We didn’t decrease sodium, we didn’t increase fruits and vegetables, we just added herbs and spices. It begs the next question that if we did alter the diet in these ways, how much better would the results be?”

The most heart-healthy herbs and spices

One interesting note is that only 41 percent of participants said they would be willing to continue the high-spice diet after the study ended. While they didn’t say exactly why, it could be because all the herbs and spices included in the “super-seasoning” blend may have been a bit overpowering.

All 24 of the seasonings used in the study can easily be found in your local supermarket. But if you’d rather keep it simple and focus on the ones that pack the biggest heart health punch, make sure to include cinnamon, cardamom, basil, garlic and parsley in your daily seasoning blend. All five of these herbs and spices have shown the ability to help lower blood pressure and, in the case of garlic, help clear your arteries of dangerous plaque buildup.

Finally, remember that lowering the sodium in your diet shouldn’t mean going totally without salt. Studies have shown that consuming too little salt can be just as dangerous to your heart as getting too much. The optimal amount seems to be between 2,300 and 2,500 mg of salt a day. And make sure it’s natural sea salt or Himalayan pink salt, rather than the processed sodium chloride used in most table salt and packaged foods.