Home » Weight or inches: Which matters most for heart health? 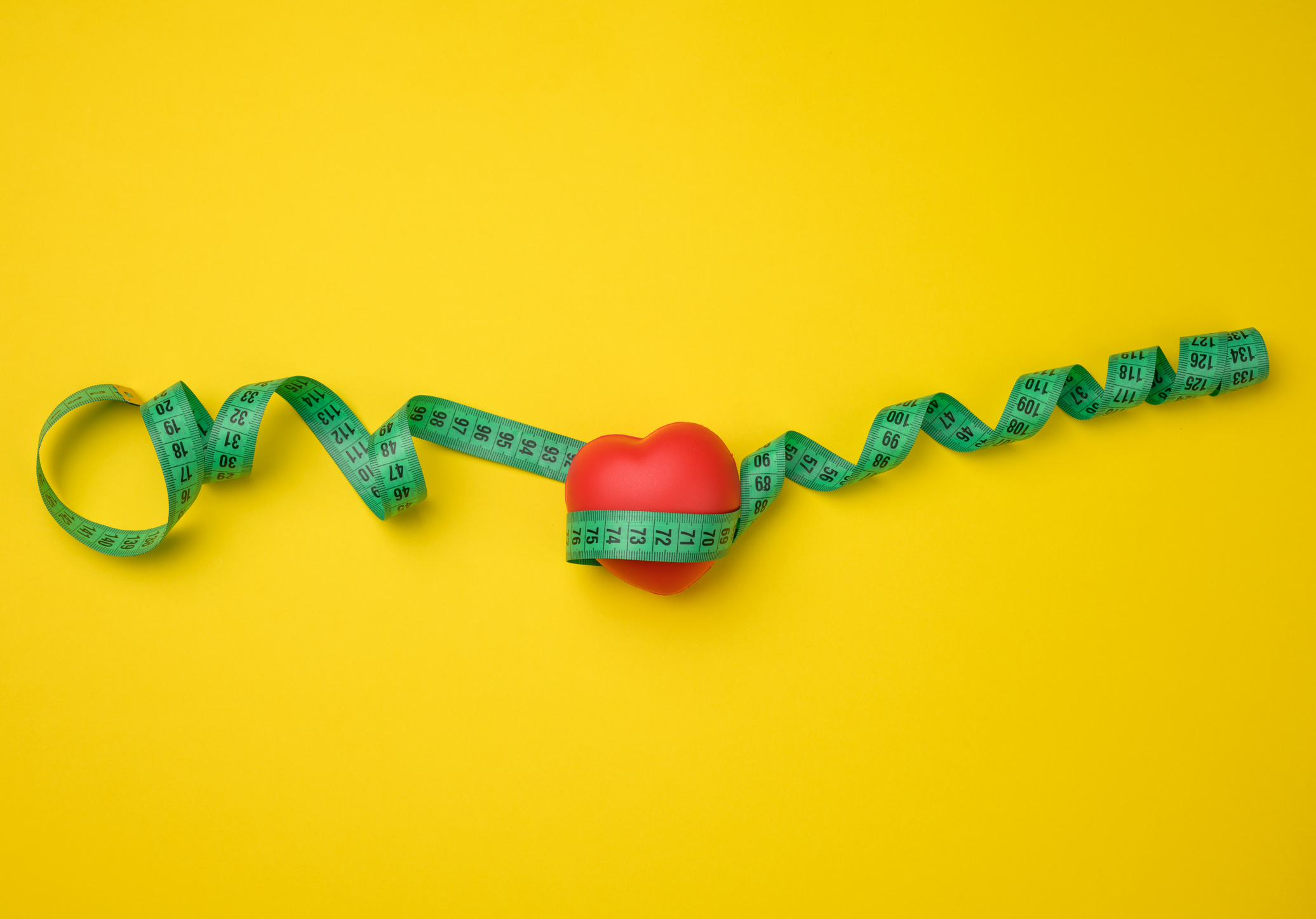 There’s no doubt that being overweight is bad for your heart. Research has shown that obesity may increase your chances of death from heart disease by as much as 60 percent.

And doctors remind many of us to lose weight to lose the risk.

But some obese people have better cardiovascular health than people of healthy weight.

The concept is known as “metabolically healthy obesity,” and though it can differ depending on race/ethnicity and sex, there is one specific thing this group has in common besides their health…

A recent scientific statement from the American Heart Association identifies visceral adiposity, better known as belly fat, as a bigger risk factor for heart disease and stroke than simply being overweight or obese.

In fact, the risk-inducing power of abdominal obesity is so strong that you can carry excess fat over the rest of your body — but only low levels around the belly — and still have lower cardiovascular risks.

And the folks who have normal body weight — and only a spare tire across the midsection? That belly fat still makes them more of a candidate for a heart attack than weighing too much…

It may be shocking but true: “… there have been a number of studies over the past 15 years that really highlight the relationship between elevated waist circumference, even in the setting of normal BMI, and cardiovascular risk,” says lead author Dr. Tiffany Powell-Wiley of the National Heart, Lung, and Blood Institute, Bethesda, MD.

So why is merely carrying belly fat so much worse?

Another reason may be the fact that belly fat is not only metabolically active, but it’s also hormonally active. It can disrupt insulin function which increases risk of heart disease. And it also produces cytokines that negatively impact blood pressure and blood clotting,

Here’s a quote from the AHA statement that offers proof of how deadly belly fat is:

In other words, the data shows that exercise and diet changes may improve metabolic syndrome, reduce inflammation and improve blood vessel function, cholesterol levels and blood sugar — but they haven’t done much to lower rates of coronary artery disease.

However, in patients who undergo bariatric surgery (weight loss surgery, including gastric bypass) the risk of coronary artery disease has been reduced, probably due to significant weight loss, including belly fat.

How to lose belly fat

If your heart is healthy, but you’re carrying around that belly bulge, NOW is the time to start getting rid of it.

And, if you’ve had a heart attack, it’s also urgent that you take steps to reduce abdominal fat. Research tells us that belly fat is a greater factor in repeat heart attacks than either cholesterol or blood pressure.

So, where to begin?

Trade meat for mushrooms. That’s right – mushrooms can shrink your waistline! In a yearlong study at Johns Hopkins Bloomberg School of Public Health, participants lost (and kept off!) an average of seven pounds. And, they reduced their waistlines by an average of nearly three inches!

Keep track of your carb and sugar intake. Studies show that cutting back on your carbs even a little bit can lead to less belly fat. That’s because refined carbs and sugar cause your blood sugar to spike, which triggers hormonal changes that tell your body to store fat. Instead, choose foods with protein and fiber that keep your blood sugar stable.

What doesn’t work on belly fat? Intermittent fasting. In a study of obese mice:

However, there is evidence that using intermittent fasting as a jumpstart to a committed diet may lead to lasting weight loss and lower blood pressure.

Obesity and Cardiovascular Disease: A Scientific Statement From the American Heart Association — Circulation