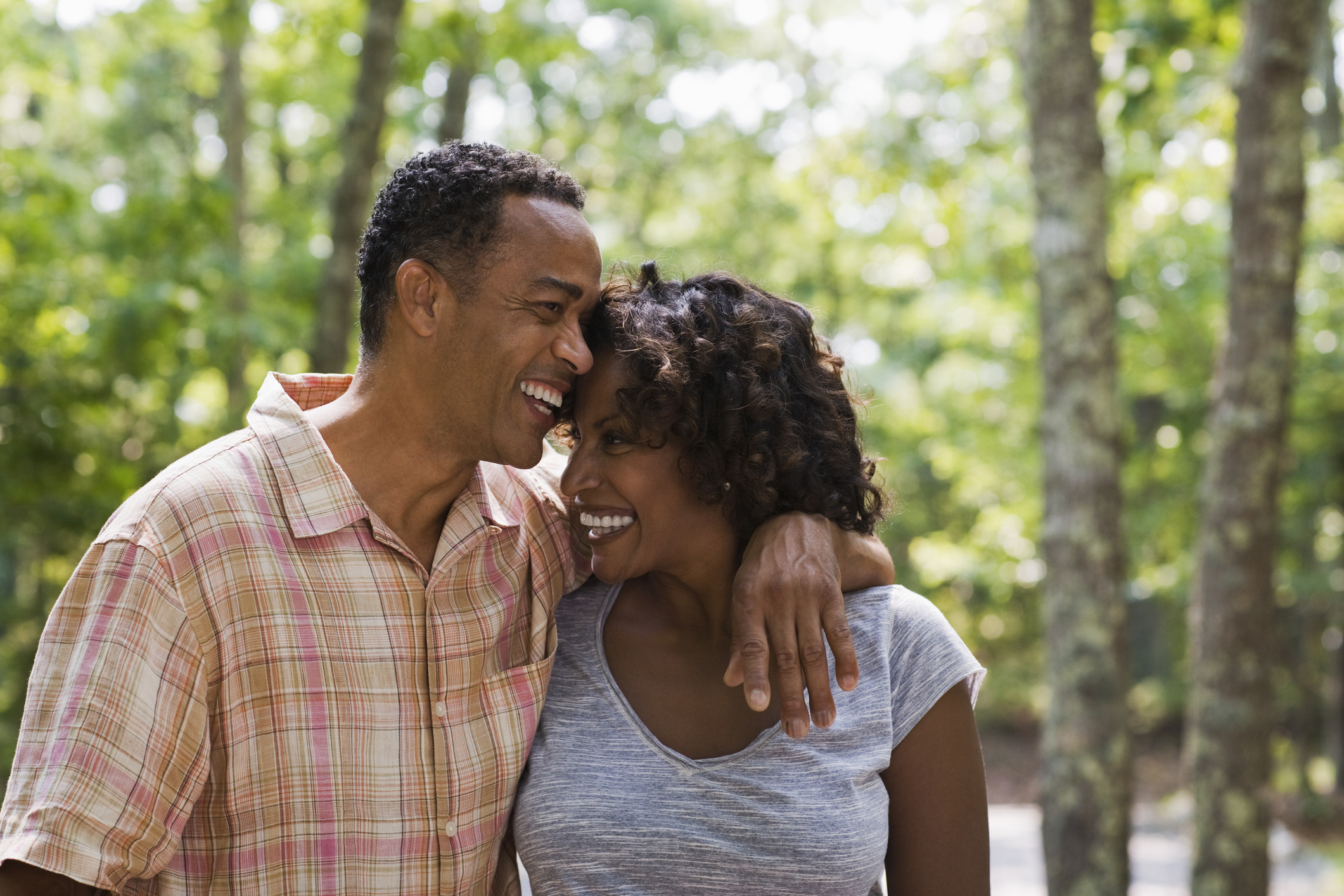 For newly appointed Danish scientist Henrik Dam, it was an exciting day in the laboratory. Henrik and his team were in the middle of checking his latest test trial: what happens when baby chicks are fed a fat-free, cholesterol-free diet?

What they discovered was terrifying.

The baby chicks had severe blood-clotting issues. It got so bad that when the chicks would start bleeding, there would be no end in sight of when it would stop.

Later on, the researchers remarked that it turns out eating a restrictive diet like those chicks were was contributing to a deficiency in a compound the body needs for normal clotting.

After further research, the missing ingredient in their diet was what Dr. Dam called the “koagulation vitamin.” This life-saving discovery earned him and his fellow researchers the Nobel Prize in 1943.

Today, we know this vitamin as vitamin K.

Since its discovery, scientists have uncovered five different compounds that make up the vitamin K family. And one of the most compelling is vitamin K2.

While vitamin K is responsible for clotting blood and managing your calcium metabolism and heart health, vitamin K2’s function is to regulate calcium deposition. In other words, K2 helps make sure calcium gets deposited in the places in the body where it’s beneficial, instead of places where it can cause a tremendous amount of harm — like the arteries, kidneys, muscles, and more.

While this vitamin isn’t nearly as well known as its predecessor, Vitamin K2’s role is critical if you want to keep your heart — and overall health — at its best for years to come. And as you keep reading, you’ll find out other ways vitamin K2 keeps you healthy, along with a grocery list of foods this vitamin is found in.

Vitamin K2 and your arteries

Have you ever stopped to think about what plaque is? Most people answer with “cholesterol buildup in the arteries.”

But that’s only part of it. Plaque contains cholesterol, fatty substances, cellular waste products, fibrin (a clotting material found in the blood) and calcium.

It’s the calcium that signifies the difference between the potential risk of heart disease and having heart disease — and you may never know for sure unless you have a heart attack or stroke because a piece of it breaks off, or you have a coronary artery scan.

Throughout our lives, layers upon layers of plaque start building up in our arteries. But maybe the worst part is that it can start happening as early as your mid-twenties.

In research published in the Journal of the American Medical Association, the autopsies of military service members were collected over a ten-year period, 2001 to 2011. The autopsies revealed that nearly 75 percent of them had already started showing signs of heart disease. To make matters worse, the average age of each service member was only 26.

How could these young service members already be in the early stages of atherosclerosis?

Just like Weston Price believed, much of it had to do with our modern diet… But how much can be blamed on diet?

According to researchers from the Netherlands, quite a bit actually.

In what became known as the Rotterdam Study, researchers monitored the lives of almost eleven thousand male and female volunteers over a decade. To make the research as comprehensive as possible, they observed and recorded every volunteer’s medical history, health habits, risk factors and daily diet.

Not surprised, all the participants were different in almost every way imaginable when it came to their medical history. But one thing the researchers found was that those with the highest vitamin K2 intake had low calcium in their aortas — the biggest blood vessels in the body.

It also has a reputation for helping to maintain blood pressure levels within a normal range — which only makes sense.

Heart health benefits are just the beginning of how vitamin K2 can help you live a healthier life. But if you would like additional information on how important vitamin K2 is for the health of your arteries, heart and more, you can click here to download our free comprehensive report, The Vitamin K2 Miracle.

When your dietary levels of K2 are helping to direct calcium away from your arteries, there are other benefits. Let’s start with your bones…

Vitamin K2 and your bones

On average, more than 3 million Americans are diagnosed with osteoporosis a year.

As you can imagine, this diagnosis can have huge implications on quality of life.

If your bones are fragile you have to be conscious of everything from lifting grocery bags to taking a small stumble, to cutting back on certain activities, like exercise, out of concern for breaking or fracturing a bone — especially a hip. That’s because women between the ages of 65-69 who break a hip are five times more likely to die — within a year — than women of the same age who don’t break a hip, according to published research.

Researchers writing in the scientific journal Osteoporosis International did a double-blind study on the long-term effects of vitamin K2 on post-menopausal women.

Women were separated into two groups: one group got a vitamin K2 dose while the other group got the placebo. Each year for three years, each group took their dose once a day while getting bone mineral density tests for their lumbar spine, total hip and femoral neck.

At the end of three years, the group who took vitamin K2 had decreased their age-related decline in their lumbar spine and their femoral neck. That same group also saw their bone strength improve while their spine height — along the mid-back region where the “hump” occurs — had decreased compared to the placebo group.

Now, most studies on bone health tend to focus on women because men do not undergo a period of rapid hormonal loss that accelerates their bone loss as women do. However, it only progresses more slowly in men. That means in men, it happens in older age, and because more men are living beyond the age of 70, osteoporosis in men is expected to become an important public health issue.

So, for both men and women, vitamin K could offer heart and bone protection. But still, that’s not all…

Vitamin K2 and your teeth

When it comes to maintaining your teeth, adding vitamin K2 could certainly help.

Because vitamin K2 moves calcium from the arteries into the bones, it shouldn’t be any surprise that it is able to direct calcium into the teeth.

When it comes to dental health, one of the main proteins involved, osteocalcin, is activated by vitamin K2.

Osteocalcin triggers a mechanism that stimulates the growth of new dentin — the calcified tissue underneath the enamel — helping to promote the long-term health of your teeth.

While there haven’t been any human studies on the effects of tooth health, based on observations done with animal studies, it’s reasonable to say vitamin K2 supports dental health.

The best foods and strategies for sufficient levels of K2

Vitamin K2 has many subtypes, but the most important ones we’re looking for are:

Both subtypes provide vitamin K2 while also improving your variety of foods. Regardless of the subtype you choose, you’ll still get the benefits.

For best results, stick with organic and if it’s meat, make sure it’s coming from either grass-fed or pasture animals. The more vitamin K an animal eats — like a cow eating green grass roaming in a pasture compared to its corn-fed feedlot counterpart — the more vitamin K it can convert into vitamin K2. Otherwise, animals fed conventional or non-organic foods have much less, if any, vitamin K2.

These are the best foods sources of vitamin K2 Mk-4 sources:

This next group of foods are typically found in an East Asian diet, so they can be found in an international or Asian grocery store. Here’s a shortlist of vitamin K2 Mk-7 sources:

Another way of getting vitamin K2 is by getting more vitamin K. Just like how some animals can convert vitamin K into vitamin K2 from their diets, so can people. While the conversion rate is low, adding the other foods gives the benefit of getting additional nutrients.

Green plant foods are your best bet for getting more vitamin K into your diet. Here are a few examples of plant foods with high amounts of vitamin K:

One of the downsides of trying to get to the vitamin K2 levels that scientists use in their studies is that you’d have to eat a lot. If you’re trying to lose weight or save money, it can be tricky.

An easy way to get around this is to supplement with vitamin K2. The ideal dose to aim for is 350 mcg, which is the amount that researchers used when doing human clinical trials. Most doses are easily meet in one pill — two at the most — giving you the ideal daily amount.

Vitamin K2 really is a miracle worker when it comes to guarding your health and helping you make the most of calcium’s benefits while guarding you against its very real threats of heart disease and stroke. For more on the VitaminK2 Miracle, download your free report!

Nutrition and Physical Degeneration: A Comparison of Primitive and Modern Diets and Their Effects — Weston A. Price, MS., D.D.S., F.A.G.D.

The role of vitamin K in soft-tissue calcification — PubMed

What are the richest sources of vitamin K2? — Dr. Steven Lin the Functional Dentist