Home » Why Alzheimer’s may be late-stage type 2 diabetes 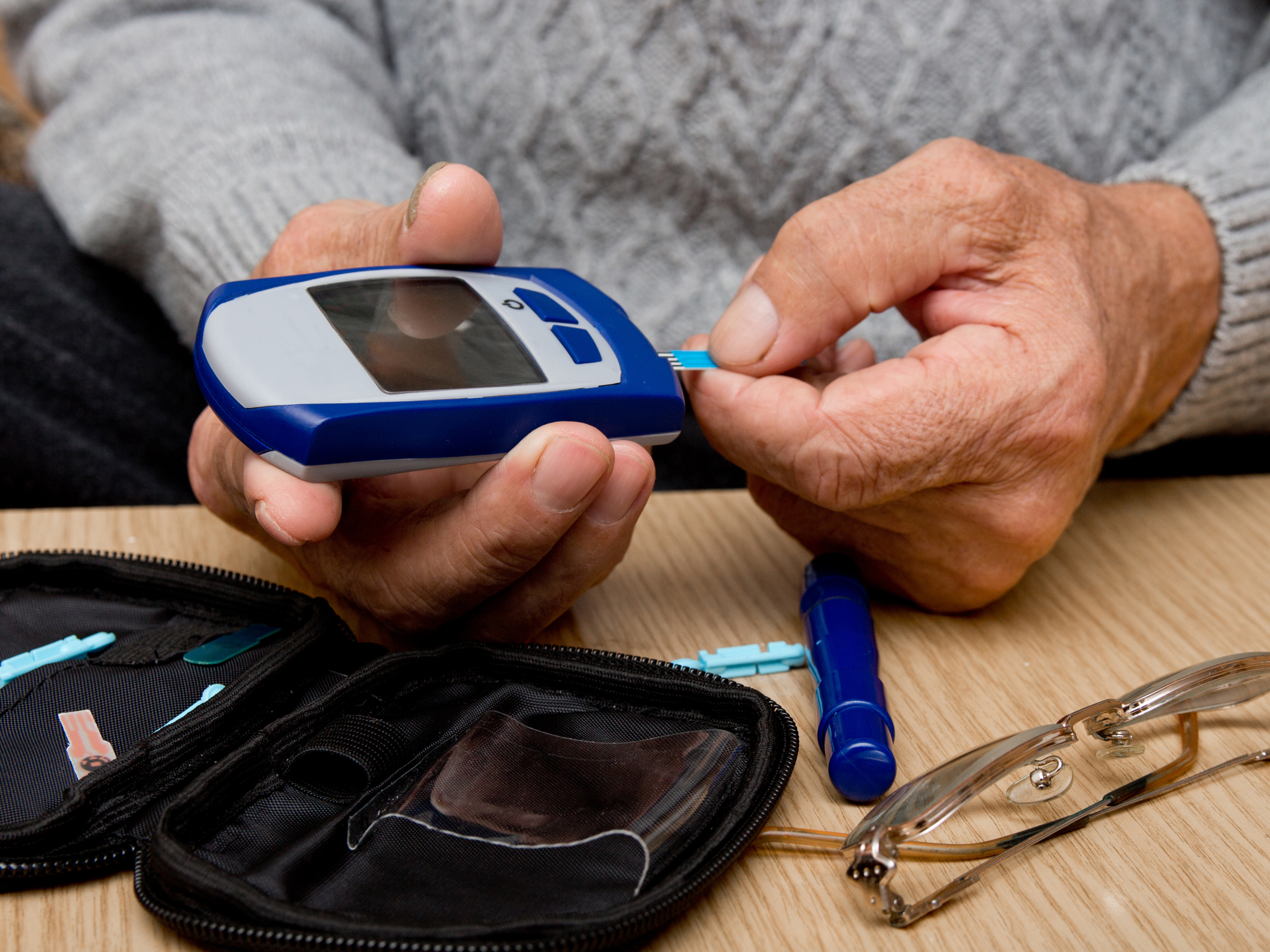 The human body is an amazing piece of machinery. Every day, we’re discovering how interconnected the different organs and systems in our body are.

Often, we discover connections that, at first glance, seem highly unlikely. Or, we find out that one part of the body can tell the story of something going wrong somewhere else.

Take the connection between diabetes and Alzheimer’s disease.

Yes, you read that right. Research is piling up that points the finger at insulin as an instigator to the buildup of plaque that leads to Alzheimer’s.

In fact, Alzheimer’s has been referred to as type 3 diabetes. But as startling as this revelation is, it’s also promising…

How diabetes can lead to Alzheimer’s

A researcher at Albany University in New York thinks that Alzheimer’s disease may often be just the late stages of type 2 diabetes.

Edward McNay fed rats a diet that caused diabetes. He then did memory tests that showed rapidly deteriorating cognitive abilities as the disease progressed.

Large clumps of amyloid plaque were found in the rats’ brains, the same plaque that causes Alzheimer’s. McNay thinks this may be due to the insulin resistance of type 2 diabetes.

Related: What do blood sugar, Alzheimer’s and cancer have in common?

Because the body resists insulin, more of it is produced, and some makes its way into the brain. Here’s where it gets interesting…

Apparently, the same enzyme that controls insulin levels also breaks down amyloid plaque. The enzyme is being used to control insulin, so amyloid plaque continues to build unchecked, leading to Alzheimer’s symptoms.

So, why is this promising?

You know what it means to “kill two birds with one stone,” right?

If we can do a better job of preventing and controlling diabetes, might we also slow the epidemic of Alzheimer’s?

Some numbers on diabetes and Alzheimer’s

If this is where this research is leading, the potential is huge. And, in case you’re wondering how urgent this is, here are a few statistics on both diabetes and Alzheimer’s disease in the United States:

Saving your brain from insulin

All of this is especially concerning when you realize one thing: 84 million American Adults are prediabetic — or insulin resistant.

And 90 percent of them don’t know, according to the CDC. That makes it easy to see why Alzheimer’s cases have phenomenally increased and projections are set to keep climbing.

Now, if you think Edward McNay’s research is unique in tying insulin to Alzheimer’s, you should know that tests at the Washington University School of Medicine in St. Louis also demonstrated that when levels of glucose in the blood climb, it can accelerate the development of amyloid plaque in the brain.

Right about now, you might be asking yourself what you can do about this…

There are many steps you can take to avoid insulin resistance. The most obvious, for starters, is changing your diet.

The Mediterranean, DASH and Flexitarian diets are three of the best to follow to avoid insulin resistance and diabetes. But the MIND diet might beat them all since it focuses more closely on foods with proven brain benefits.

But merely cutting out sugar and high-glycemic foods, like grains, can slow or stop erratic spikes in blood sugar that prep you for full-blown insulin resistance.