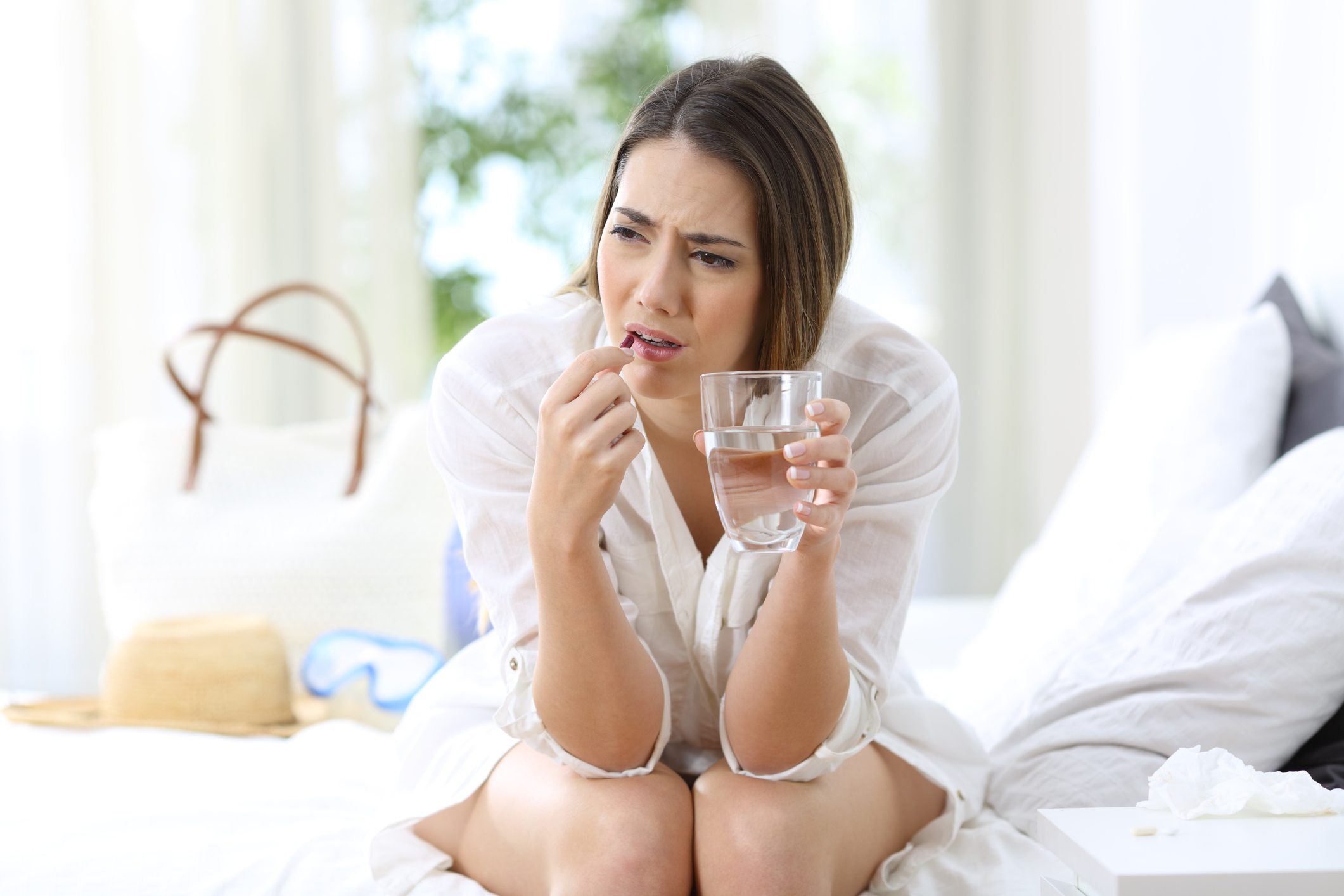 As much as I try to avoid antibiotics when I don’t absolutely need them, I’ve taken them quite a few times in my life (and I’m sure you have too).

Unfortunately, the mere fact that I’ve taken antibiotics opens me up to a bunch of long-term risks…

Research shows that about 1 in 10 people deal with negative effects after taking antibiotics. This could include anything from chronic diarrhea to the sudden appearance of allergies to issues with blood sugar.

These cells help your body absorb water, glucose and essential nutrients and deliver it to the bloodstream. They also create a barrier between the bacteria in your gut and the rest of your body. When this barrier is damaged, you end up with a little something called leaky gut, which can have a wide range of negative effects on your health.

But of all the potential impacts antibiotics can have on your health, there’s one that’s starting to appear more common — and more serious — than all the others…

Inflammatory bowel disease is a term used to describe two different conditions — Crohn’s disease and ulcerative colitis. Both of these conditions are caused by inflammation in the digestive tract and have similar symptoms… chronic diarrhea, abdominal pain, bloody stools, weight loss and fatigue.

The difference between the two is the part of the digestive tract they affect. Crohn’s usually affects the small intestine (although, it can impact any part from the mouth to the anus). Ulcerative colitis affects the colon and rectum.

Depending on the severity, IBDs like Crohn’s and ulcerative colitis can be very serious. Complications from these conditions can even kill you (although it’s rare). At the very least, they take a huge bite out of your quality of life by tethering you to the bathroom and in some cases preventing you from working and living a normal life. That’s why it’s a scary thought that taking antibiotics nearly doubles your risk…

A new study from researchers at Karolinska Institutet in Sweden shows that people who have taken antibiotics have a much higher risk of developing inflammatory bowel disease than people who haven’t.

In the study, researchers looked at health records for close to 24,000 people with new IBD cases. They cross-referenced this information with data on antibiotics prescribed to these individuals. And they compared this data with health and antibiotic records from 28,000 of their siblings. They also looked at health and antibiotic data from 117,000 controls from the general population. What they found was alarming…

People who had taken antibiotics at some point in their lives nearly doubled their risk of developing IBD when compared to people who had never taken them. Of course, people who’d taken the most antibiotics seemed to have the highest risk of all. And a higher risk was also associated with taking antibiotics that had a greater spectrum of microbial coverage (i.e., killed a wider variety of bacteria).

“To identify risk factors for IBD is important, and ultimately our aim is to prevent the disease,” says senior author, Professor Jonas F. Ludvigsson. “Our study provides another piece of the puzzle and even more reason to avoid using antibiotics needlessly.”

How to protect yourself from the antibiotic-IBD connection

If this study doesn’t scare you out of taking antibiotics when they’re not absolutely necessary, I don’t know what will. The problem is a lot of doctors are still pretty trigger-happy when it comes to prescribing antibiotics. Research from 2016 shows that antibiotics are the drug most commonly prescribed for conditions where they’ll have no real value.

These questions are a good starting point for opening up an honest dialogue about antibiotics with your doctor. You can also turn to natural antibiotics for minor infections, like these: