Home » Can estrogen help stave off Alzheimer’s in women? 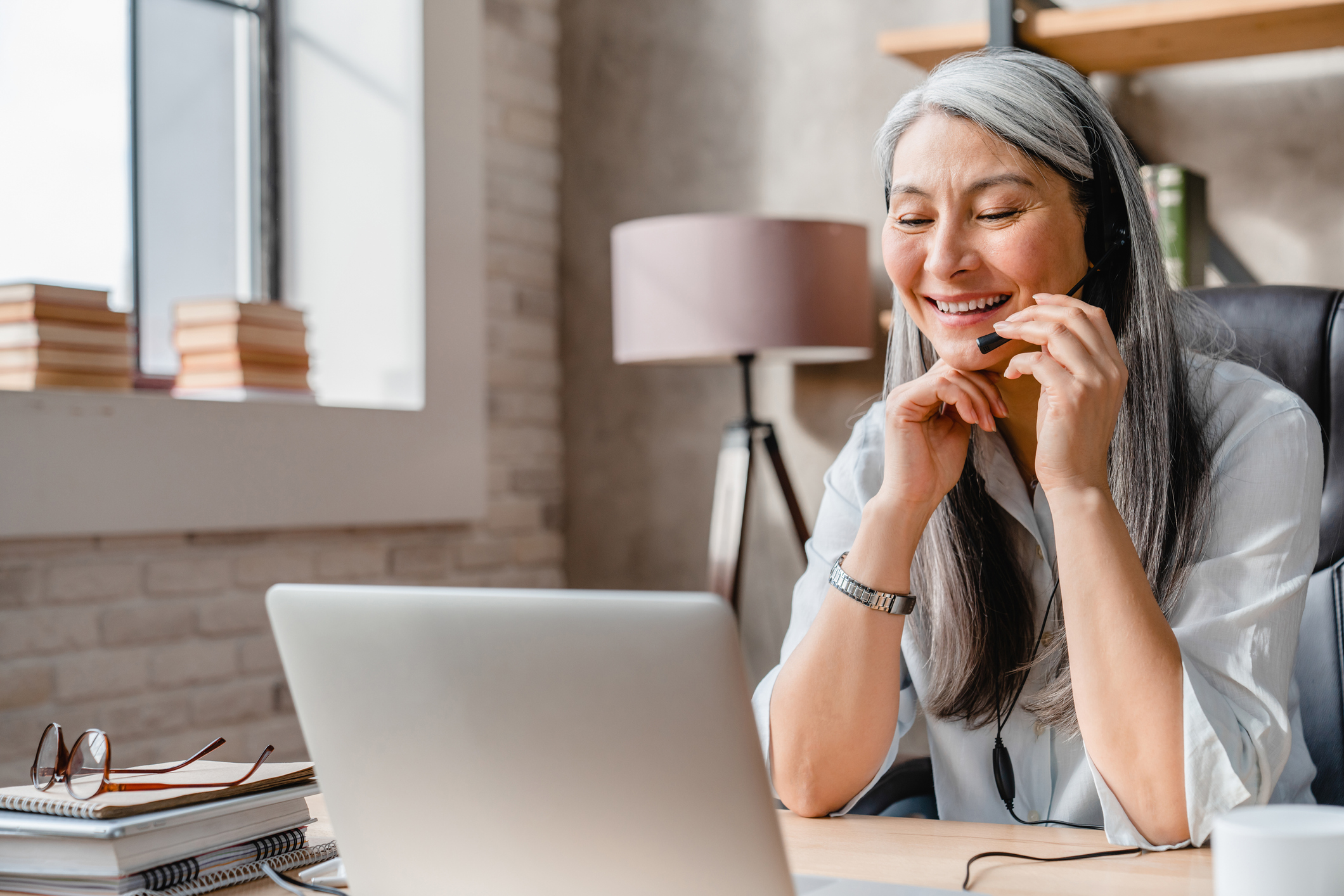 While there are a lot of myths surrounding menopause, one thing remains true — this midlife change brings estrogen production to a crashing halt. And that loss of estrogen can lead to health issues well beyond hot flashes and night sweats.

For instance, the drop in estrogen that comes with menopause can lead to high blood pressure, heart disease, osteoporosis, metabolic disorders and weight gain. Genitourinary syndrome, which includes symptoms like vaginal dryness and urinary leakage, is another condition that can result from estrogen loss.

Unfortunately, that’s not the end of the list. Women who lose estrogen in midlife are also at higher risk of developing Alzheimer’s disease because the drop in estrogen levels causes a decline in the volume of gray matter in key regions of the brain. But research has uncovered some good news that could help protect those same brain regions vulnerable to Alzheimer’s….

Keeping estrogen levels up is good for the brain

A study by Weill Cornell Medicine researchers suggests that estrogen supplementation could help counter the brain-shrinking effect of menopause, particularly in the parts of the brain most affected by Alzheimer’s.

The researchers analyzed personal histories, MRI scans and cognitive tests from 99 women in their late 40s to late 50s. According to the findings, higher gray matter volume (GMV) was linked to greater overall estrogen exposure during a woman’s life from things like having more children or using hormonal contraceptives or hormone replacement therapy.

While the study was observational rather than clinical, it reinforces evidence that estrogen could help limit the loss of gray matter that normally comes with menopause, leading to lower Alzheimer’s risk.

“Our findings suggest that while the menopause transition may bring vulnerability for the female brain, other reproductive history events indicating greater estrogen exposure bring resilience instead,” says the study’s senior author Dr. Lisa Mosconi, a professor of neuroscience at Weill Cornell Medicine.

Why women are at greater risk of Alzheimer’s

An estimated two-thirds of Americans living with Alzheimer’s are women. This could be because women live longer than men, but a leading theory is women’s greater vulnerability to Alzheimer’s is related to estrogen loss.

Estrogen not only helps guide brain development and behavior, it protects and nourishes the central nervous system. When estrogen levels plummet in the transition through menopause, women tend to lose significant amounts of gray matter. This loss occurs in the same regions of the brain most affected by Alzheimer’s and at roughly the same time when the gradual process of late-onset Alzheimer’s is believed to start.

The flip side of this hypothesis is more estrogen exposure could stave off the brain-shrinking effects of menopause. For example, the study showed a significant link between a longer reproductive span and increased GMV in a cluster of regions near the top of the brain affected by aging and Alzheimer’s. There were also associations between greater GMV and having had more children and having used hormone replacement therapy.

These results suggest further research into exactly how estrogen affects GMV could result in medical or lifestyle changes to help women reduce their risk of age-related cognitive decline and Alzheimer’s dementia.

“We’re hoping now to get further into the details of these links between estrogen and GMV, for example by comparing the effects of surgical menopause and spontaneous menopause, and by focusing specifically on certain types of estrogen exposure, such as menopause hormone therapy,” says study first author Eva Schelbaum, a research assistant in Mosconi’s laboratory. “The goal as always is to understand why Alzheimer’s affects more women than men, and how we can reduce that risk.”

If you are a menopausal or postmenopausal woman, you may be leery of taking the hormone replacement therapies that doctors prescribe. And you would have good reason to be. Conjugated (or synthetic) estrogens aren’t as easily absorbed by the body, and some researchers believe they can actually increase your risk of dementia when taken late in life.

Luckily, there are plenty of natural alternatives to help you keep your estrogen levels up as you progress through midlife. You can get a cream, transdermal patch or mouth lozenge containing plant-based estradiol (E2) and/or estriol (E3), which are both natural estrogens made in a woman’s body.

It might also be a good idea to modify your diet to make the change in your estrogen levels less dramatic. Women who eat a diet high in fat, animal protein and dairy experience a more dramatic drop in estrogen levels, while those who follow a more plant-based eating plan have milder menopause symptoms — or sometimes none at all.

If you eat a lot of animal protein and dairy, try switching to a diet more centered around fruits, vegetables and whole grains (like the Mediterranean diet). Many of these foods are rich in phytoestrogens, natural plant compounds that may simulate the action of the estrogen produced in the body.

Some foods high in phytoestrogens include cruciferous vegetables like cauliflower, broccoli and cabbage, as well as flax seeds, soybeans and tofu.

For Women, Greater Exposure to Estrogen in Life May Protect Brain Regions That Are Vulnerable to Alzheimer’s — Weill Cornell Medicine