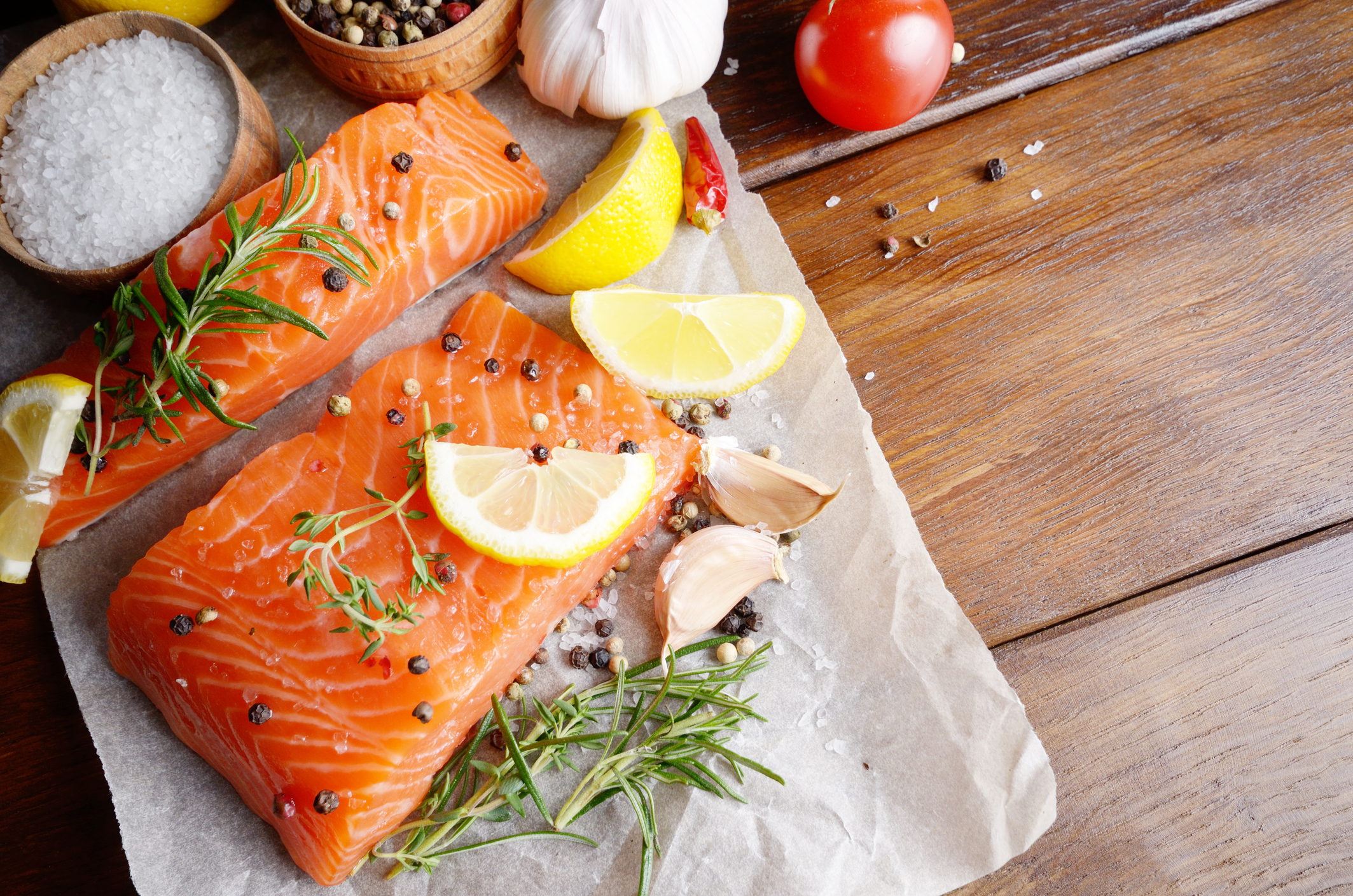 When I was growing up, my mother always told us that fish was “brain food,” and it kind of makes sense.

Docosahexaenoic acid, or DHA, the famous omega-3 fat in oily fish like salmon, is the main component of brain cell membranes, and communication between brain cells depends on the health and strength of these membranes.

There’s plenty of research to back up the notion that eating more fish improves your brain health (although not all of it is connected to fish’s DHA content).

And now, a newly published study has connected eating more fish with a lower risk of brain disease.

More fish on the menu protects the aging brain

Researchers in France have found a link between eating more fish and a lower risk of vascular brain disease.

Vascular brain disease involves damage to blood vessels in the brain and is a risk factor for vascular dementia and stroke.

Scientists at the University of Bordeaux analyzed data from the Three City Study, a long-term observational study of the relationship between vascular diseases and dementia.

MRI scans from 1,623 participants age 65 and older were examined. None had a history of stroke, heart disease or dementia. Each participant also filled out a questionnaire about their dietary habits.

Not surprisingly, those who reported eating more fish had fewer signs of damage in their MRI scans than those who ate fish less frequently.

The association was strongest in people aged 65 to 69. By age 75, no significant relationship between eating fish and brain health was seen.

Getting enough fish in your diet

“For most of us, our risk of dementia depends on the complex interaction of multiple genetic and environmental factors. Understanding which aspects of our lifestyle have the greatest effect on our brain health is key to empowering people to make informed decisions about how they live their lives,” says Dr. Rosa Sancho, head of research at Alzheimer’s Research UK.

In other words, although this type of research may not draw definitive conclusions about cause-and-effect when it comes to brain disease and diet, it does help empower us to make good decisions about our nutrition and how it might affect our risk of dementia as we age.

With that in mind, the United States Department of Health and Human Services (DHHS) dietary guidelines call for two four-ounce servings of fish per week (baked or broiled, not fried).

What types of fish are best?

Your best choices are fish high in omega-3 fatty acids. The body can’t manufacture these, and we depend on them not only to support our brains but to maintain a healthy heart.

Next time you broil some brain- and heart-healthy salmon, why not give this simple dill and parsley sauce a try?

This Is the Best Food for Brain Health, According to a Top Functional Medicine Doctor — wellandgood.com