Home » Can’t quit bacon? These plants might protect you 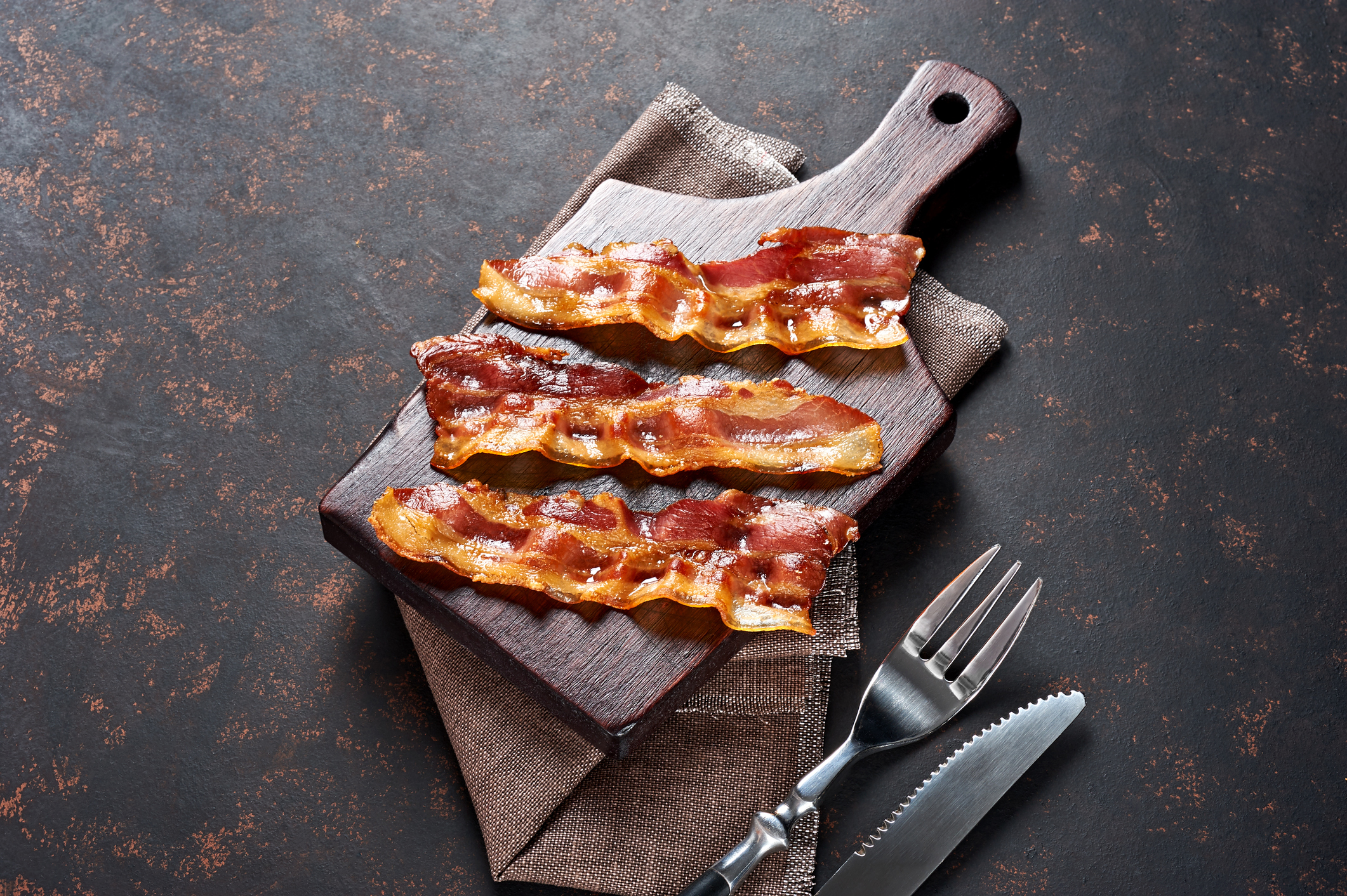 Given that I write for a health blog, you would think my diet is beyond reproach. And for the most part, it is. I eat plenty of lean meats, fruits and vegetables, drink mostly water and limit dessert to a square of dark chocolate after dinner.

But my worst dietary vice is processed meat. Time and again my EHO colleagues and I have written about how products like bacon, sausage and deli meats have been linked with health issues such as asthma, cardiovascular disease, cognitive decline and diabetes.

Yet when I go out to breakfast or lunch, my order almost always includes a hefty portion of bacon. If you put an appetizer plate in front of me, I tend to go straight for the cured meats and sausages. These are rare occasions, but I still feel guilty because I know even a little processed meat is bad for my health.

If you’re like me and would love to indulge more often in processed meat without worrying about its dangers, then I have exciting news for you — researchers may have found a way for us to safely put bacon and sausage back on our plates…

Japanese knotweed as a nitrite alternative

Nitrites are the preservatives in processed meats responsible for most of the foods’ negative health impacts.

But let me this out of the way before we go on about that: Don’t confuse nitrite preservatives with something called the dietary nitrate-nitrite-nitric oxide pathway — a natural occurrence in the human body that turns nitrates found naturally in some vegetables (especially root vegetables, like beets) to nitric oxide. Nitric oxide is a gas molecule that promotes artery health.

Nitrite preservatives are considered carcinogenic compounds. To develop new meat processing technologies that could replace nitrites with natural, safer compounds, the European Union co-founded the PHYTOME project, and, thankfully, those scientists are onto something…

They processed red meat using a mixture of fruits and plants added to sausages and hams including rosemary, green tea and resveratrol extract taken from Japanese knotweed (Polygonum cuspidatum), to preserve the meats.

Next, they tested the PHYTOME meats alongside conventionally processed red meat products with normal nitrite levels to see if the substitutes would have a positive impact on health. Both were also tested against unprocessed chicken and turkey.

Results showed the participants consuming the PHYTOME processed meat products had significantly lower levels of disease-causing N-nitroso compounds (NOCs) in the colon than those eating products processed solely with nitrites. And their levels of NOCs were comparable to those of the people who ate the minimally processed white meats.

Gunter Kuhnle, professor of nutrition and food science at the University of Reading, says the findings show that using natural additives in processed red meat reduces the creation of NOCs.

“Surprisingly, the natural additives seemed to have some protective effects even when the red meat still contained nitrite,” he says. “This suggests that natural additives could be used to reduce some of the potentially harmful effects of nitrite, even in foods where it is not possible to take out nitrite preservatives altogether.”

More research will probably follow before we may see processed meats produced with these natural additives.

But, all three of the natural compounds included in the PHYTOME meats have been the subjects of numerous studies exposing various health benefits, aside from their potential to neutralize nitrites’ ill effects.

For instance, resveratrol can help reduce inflammation and promote heart and nervous system health. It also has positive effects on blood clots and blood vessels, testosterone levels, as well as LDL, the “bad” form of cholesterol.

Interestingly, many resveratrol supplements are sourced from Japanese knotweed. You may want to select one of those if you’re looking to protect your body from the effects of processed meat consumption.

Rosemary has been used for centuries in natural medicine and can help boost brain function, stimulate hair regrowth, ease arthritis pain and control cough and allergies. And green tea is loaded with antioxidants that can help lower your risk of diabetes and obesity and protect the brain from age-related diseases like Parkinson’s and Alzheimer’s.

So, the next time I decide to have a side of bacon with my eggs at breakfast, I’ll substitute green tea for my morning coffee, add some rosemary to my breakfast potatoes and make sure to take my resveratrol supplement with my meal.