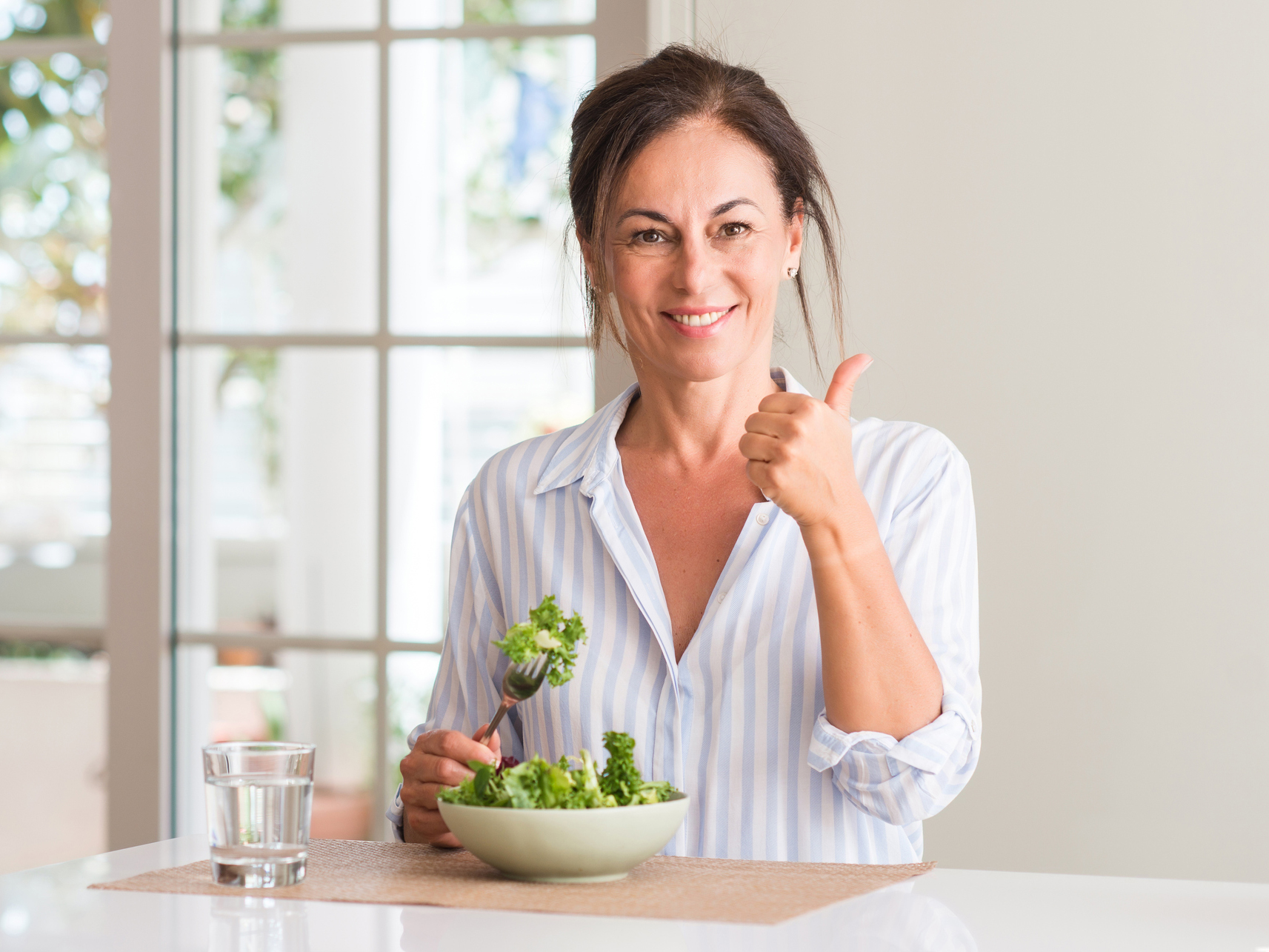 The importance of eating dark, leafy green vegetables is something you’ve heard me talk about before…

The chlorophyll that makes them green fights cancer, heals wounds and detoxifies the liver.

That’s why leafy greens are a central part of both the Mediterranean diet and the DASH diet.

A Mediterranean-style diet is a great way to keep your heart healthy, your bones strong and your waistline trim. The DASH diet (Dietary Approaches to Stop Hypertension) also depends on eating plenty of veggies.

But I think it’s fair to say that, as older adults, we fear a decline in our cognitive health more than anything.

The thought of deteriorating into dementia and Alzheimer’s and losing both our memories and our ability to function is terrifying.

As with many health issues, what we eat may very well be the deciding factor in whether we retain our mental faculties as we age.

In fact, there is a diet that was designed specifically with the aging brain in mind.

The MIND diet: the best of the best

The MIND diet combines the best of the Mediterranean diet, aimed at improving heart health, and the DASH diet, designed specifically to control hypertension.

MIND stands for Mediterranean-DASH Intervention for Neurodegenerative Delay. It was designed by researchers who wanted to create a diet specifically meant to improve brain health.

The MIND diet consists of ten types of food. And heading the list is, you guessed it, those dark, leafy greens.

A twelve-year study involving over 1200 people found that the MIND diet beat the Mediterranean diet by 19% when it came to preventing mild cognitive impairment.

A more recent study has zeroed in on exactly which nutrients in those greens are doing the heavy lifting when it comes to keeping your brain sharp.

Martha Clare Morris, a professor of epidemiology at Rush, led a team of researchers who found that eating at least a serving a day of greens containing the following six nutrients could slow cognitive decline significantly.

Salad “add-ins” that can boost your brain power

There are plenty of ways to build a salad. By including these “add-ins,” you can provide even more protection for your brain.

Avocados and eggs are rich in lutein. And eggs can help create a super salad with a 400 percent nutrient boost.

For a folate-rich salad, start with Swiss chard and arugula, and add some celery,  basil or beets.

Beets can also do wonders for your nitric oxide production!

Adding nuts and seeds to your salad will enrich it with vitamin E.

For kaempferol and other flavonoids, apples are a great add-in.

And finally, here’s a list of 16 nitrate-rich vegetables that can be combined for a nutritious, delicious salad!