Home » How many steps to live longer? Which side of 60 are you on? 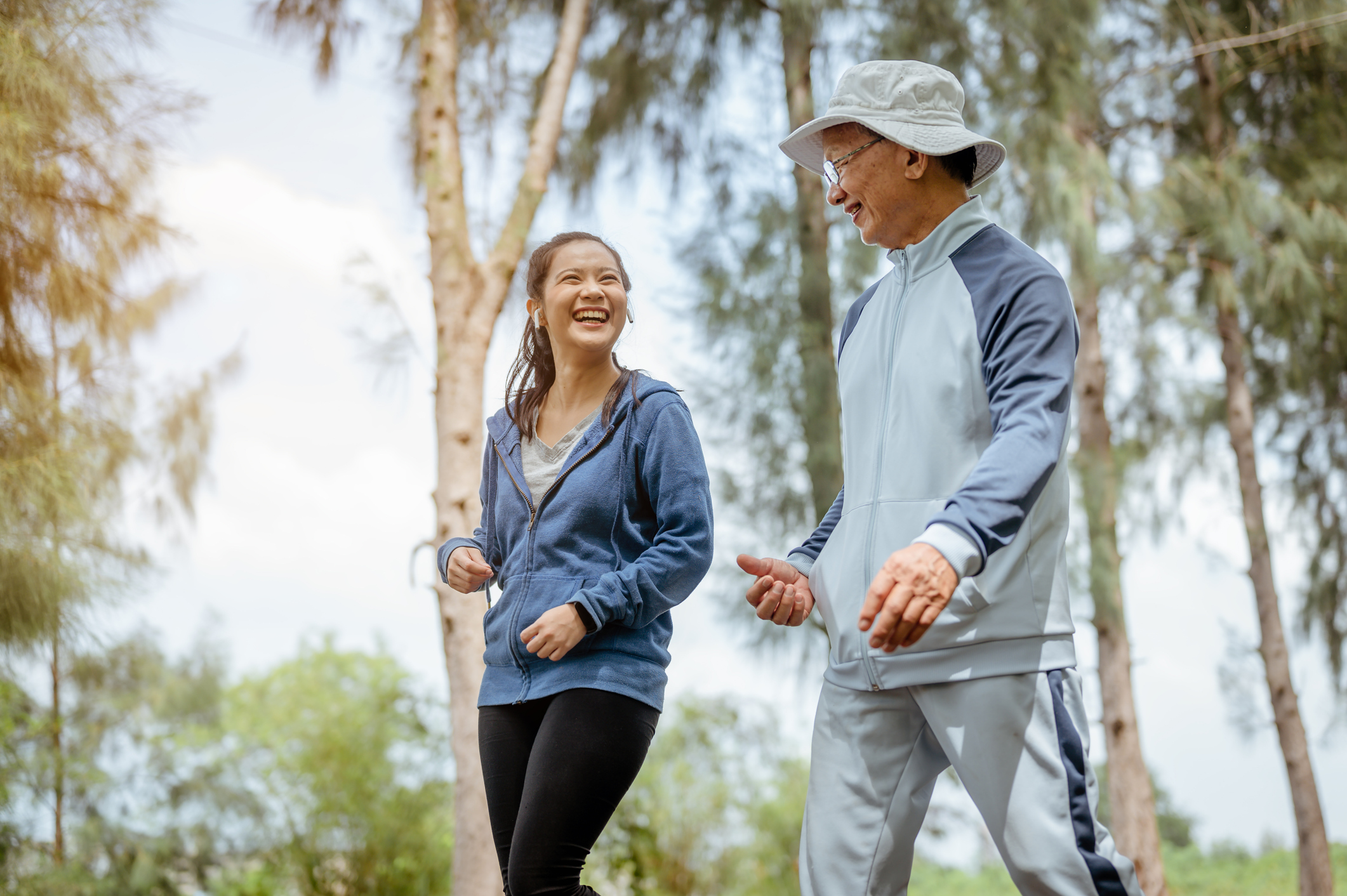 It’s a beautiful balmy day here in Maine. We don’t get many days where the weather is just right.

So, I’m going to make this short. I want to get out there and take a walk.

And that’s exactly what I’m going to talk to you about.

You’ve probably heard that 10,000 is the optimal number of steps per day to add years to your life.

We now know that there’s really no science to back up that number. It was simply a part of a decades-old marketing campaign for a Japanese pedometer.

Turns out, though, that those marketers weren’t far off the mark.

The good news is that you don’t have to put in 10,000 steps in a day to add years to your life. Nor do you have to speed walk or work up a sweat.

Trying to find the “magic number”

An international group of almost 50 scientists formed the Steps for Health Collaborative.

Led by epidemiologist Dr. Amanda Paluch of the University of Massachusetts Amherst, the group wanted to provide an evidence-based public health message about the benefits of physical activity.

The scientists analyzed the results of 15 studies involving nearly 50,000 adults from four continents, trying to find a “magic number” of steps that helped lower the risk of premature death.

Among the three groups who got the most steps in per day, there was a 40-53% lower risk of death, compared to the lowest group who walked fewer steps. So, somewhere between 5,800 and 10,900 you may find your benefit sweet spot —but it varies depending on what side of 60 you’re on…

For adults 60 and older, the risk of premature death leveled off at about 6,000-8,000 steps per day. More steps than that provided no additional benefit in terms of longevity.

But the research found that walking speed did not correlate with longevity. In other words, whether those thousands of steps were taken by speed walking or on a leisurely stroll in the park, the effect on longevity and risk of early death was the same.

Get your walking game on

“Steps are very simple to track, and there is a rapid growth of fitness tracking devices,” Dr. Paluch says. “It’s such a clear communication tool for public health messaging.”

What that means is that you have a built-in way to extend your life that doesn’t require knowing how to play a sport or any other special skill. Just lace up some sturdy sneakers or walking shoes (make sure your ankles are well supported) and get going!

As far as tracking your steps, you don’t even need to go out and buy a fancy tracker. You can, of course, purchase one, and not too expensively. But there are plenty of free options.

I use a free app on my phone that counts my steps and stores them for as long as I want. It also lets me set a plan for how many steps I want to take per day, and lets me know how I’m doing.

So, spring is here. If you’ll excuse me, it’s time for me to get walking!

Daily steps and all-cause mortality: a meta-analysis of 15 international cohorts — The Lancet