Home » If malfunctioning mitochondria kick off aging, what’s the ‘fix’? 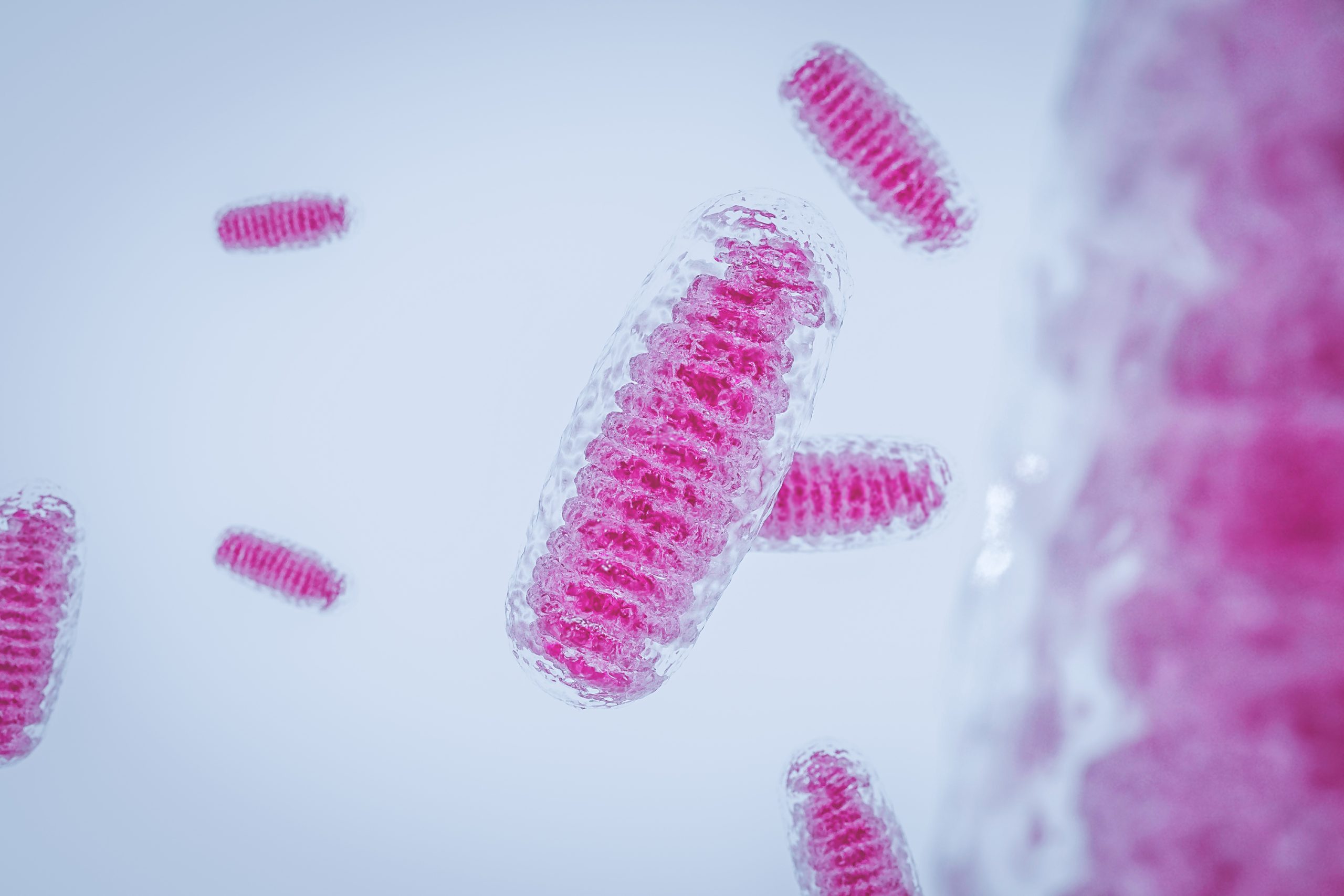 Mitochondria are tiny, bean-shaped structures that provide the energy our cells need to function.

It’s a purpose that has earned them the title, the “powerhouse” of the cells.

When these powerhouses are running strong, so does your body.

But as mitochondria begin to malfunction or dwindle in number, aging and the diseases we associate with it become inevitable. In fact, mitochondrial dysfunction has been implicated in everything from obesity and diabetes to heart disease and neurodegenerative disorders.

Yet, while scientists have long understood this fact, the exact mechanism of how mitochondria start to go wrong has been unknown. This has left them struggling with how to fix something, without fully understanding the problem.

Now, however, that mechanism has finally been revealed thanks to a team of scientists at the Buck Institute for Research on Aging. And it’s a secret that’s offering new opportunities to keep those mitochondria going stronger, longer.

That secret was discovered in a process known as “mitochondrial biogenesis.” It’s the cellular process by which the body produces new mitochondria and determines both the quality and quantity of mitochondria in the cells — both of which drop dramatically with age.

It’s a process that must be fine-tuned to meet the needs of the mitochondria, without overshooting the mark, which can cause a buildup of protein in the cells that can result in damage and death.

And it’s a process that has largely been a mystery.

The Buck Institute scientists were able to prove that one specific molecule that acts as a receptor on the surface of mitochondria is in control of it all.

The team found that the molecule, called Tom70, coordinates the two steps by regulating the transcriptional activity of mitochondrial proteins inside the nucleus, maintaining that intricate protein balance that allows fresh powerhouses to be created.

But here’s the kicker…

In other words, as you age Tom70 goes down and with it, so do the number of mitochondria available to energize your body and your health.

It’s a finding that finally sheds light on the association previous research has found between higher levels of the molecule and a reduced risk of chronic disease.

“Now that we have this different hypothesis of why mitochondrial dysfunction happens during aging and age-related diseases, we open a completely different way to think about, measure, mitigate and reverse that process,” says Buck Fellow Chuankai (Kai) Zhou, PhD.

So if Tom70 and reduced mitochondrial biogenesis are behind aging and all that comes with it, what can we do about it?

Well first, the researchers point out that the Tom70 pathway is linked to the lifespan increases seen with caloric restriction.

Additionally (and importantly, far easier), experts know that a supplement known as Pyrroloquinoline quinone (PQQ), has been found to stimulate mitochondrial biogenesis, while protecting cells from mitochondrial inhibition.

It’s a nutrient that’s so powerful that it’s even been found to reduce the risk of chronic heart failure (CHF) in rats, in part by preventing mitochondrial dysfunction.

Finally, be sure to get your exercise, since staying active helps keep your mitochondria happy and healthy.

And don’t worry if you can’t commit 30 minutes a day to working out. As little as two minutes of exercise can be enough to boost your mitochondrial health when you do it right.