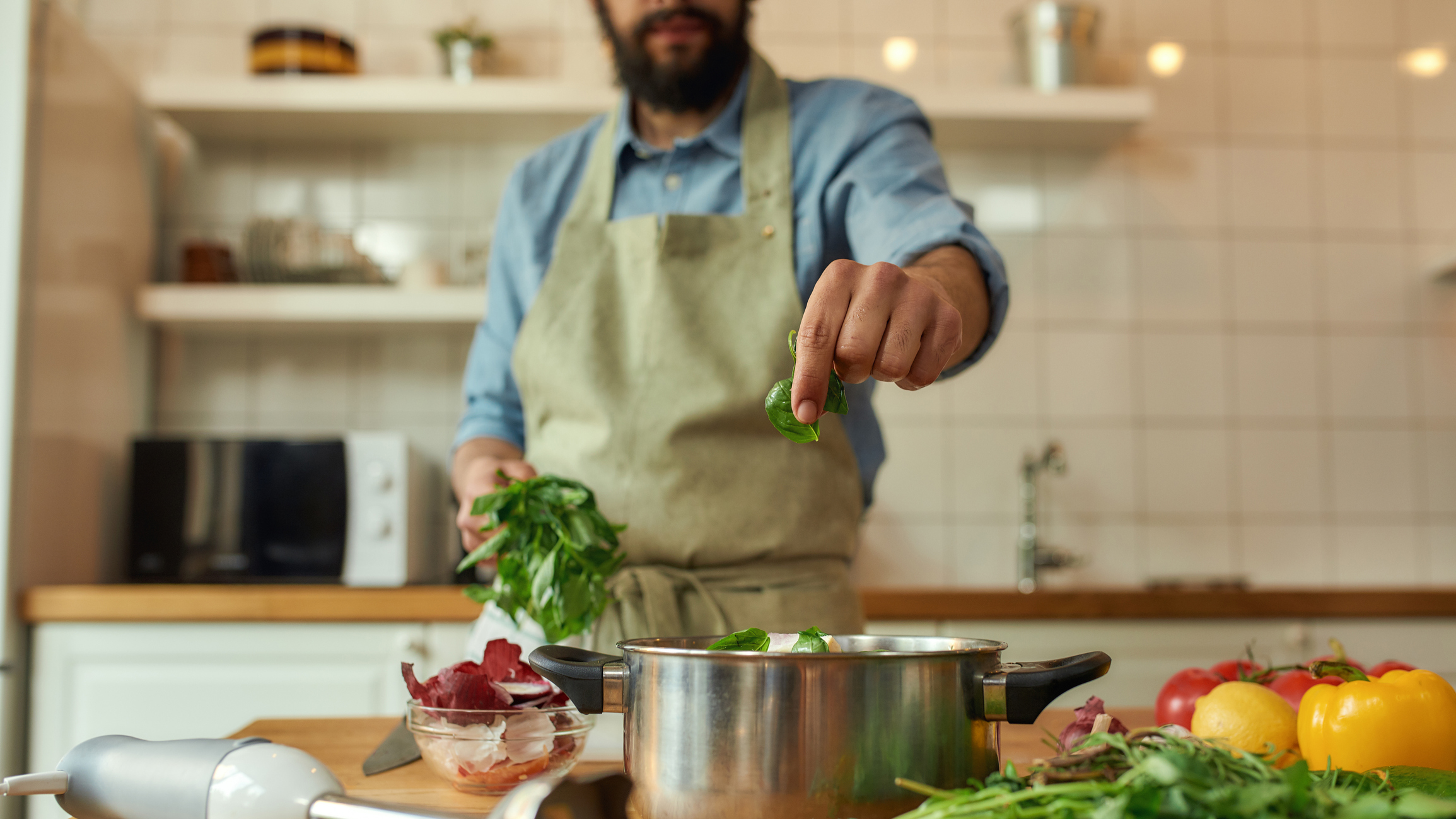 One in every ten Americans over the age of 65 has Alzheimer’s disease.

Alzheimer’s disease has been the target of vigorous research for years. But as much as we’ve learned about the mechanisms of Alzheimer’s, a cure or treatment has still proven elusive.

But there’s been a pattern of research results pointing to the food we eat as a probable source of what we need to beat this disease.

For example, the connection between Alzheimer’s and lipids (fats) goes back over 100 years to when Alzheimer’s was first identified.

Also, people with Alzheimer’s disease are often found to have low levels of vitamin E in their cerebrospinal fluid, which has suggested to researchers that getting enough vitamin E could delay the onset of the disease.

Most recently, some targeted research has identified a compound in one of our favorite herbs that holds potential for reversing the brain pathology of Alzheimer’s disease.

Out of 144,000 compounds, this one holds the most promise

New research is pointing to fenchol, a natural compound found in basil, as something that could help protect the brain against the β-amyloid plaque and tau tangles that are the signature brain pathology of Alzheimer’s disease.

In a preclinical study (an animal study done before research is done in humans), a team at the University of South Florida Health screened more than 144,000 natural compounds.

They were looking for one that could mimic the effects of short-chain fatty acids (SCFAs) produced in the gut.

SCFAs travel from the gut to the brain and activate the sensing mechanism of free fatty acid receptors (FFARs).

This interaction between SCFAs and FFARs can protect the brain against the accumulation of the amyloid-beta (Aβ) protein associated with Alzheimer’s.

After narrowing it down to 15 compounds, the research found that fenchol, the compound that gives basil its wonderful aroma, was the best at stimulating FFAR signaling.

Besides preventing the buildup of β-amyloid plaques, the USFH study found that fenchol also affected the formation of “zombie cells,” a lesser-known but powerful mechanism behind Alzheimer’s pathology.

“Zombie cells” are senescent, or aging, brain cells commonly found in Alzheimer’s patients. They create inflammation, and send stress or “death signals” to neighboring healthy cells, causing them to either turn into zombie cells, or die.

Dr. Hariom Yadav is a professor of neurosurgery and brain repair at the USF Health Morsani College of Medicine, where he directs the USF Center for Microbiome Research. He was also the principal researcher of the USFH study.

Dr. Yadav states that “fenchol actually affects the two related mechanisms of senescence and proteolysis. It reduces the formation of half-dead zombie neuronal cells and also increases the degradation of (nonfunctioning) Aβ, so that amyloid protein is cleared from the brain much faster.”

Clinical studies with humans are the next step in proving that fenchol can treat Alzheimer’s disease.

Will the compound be more effective if consumed naturally, in basil, or administered as a pill? This is the major question future research will try and answer.

But it certainly can’t hurt to eat more basil, and more fresh green vegetables, which have other nutrients that support cognitive health.

If it’s any account, basil if the most loved and popular herb in Italy. That country ranks very low for number of deaths attributed to Alzheimer’s and dementia (#143). The U.S. ranks at #44.

The nutrients in fresh herbs and vegetables are always more potent than when they are cooked, so including chopped basil in your salads is the best way to go (and, think of the aroma!)