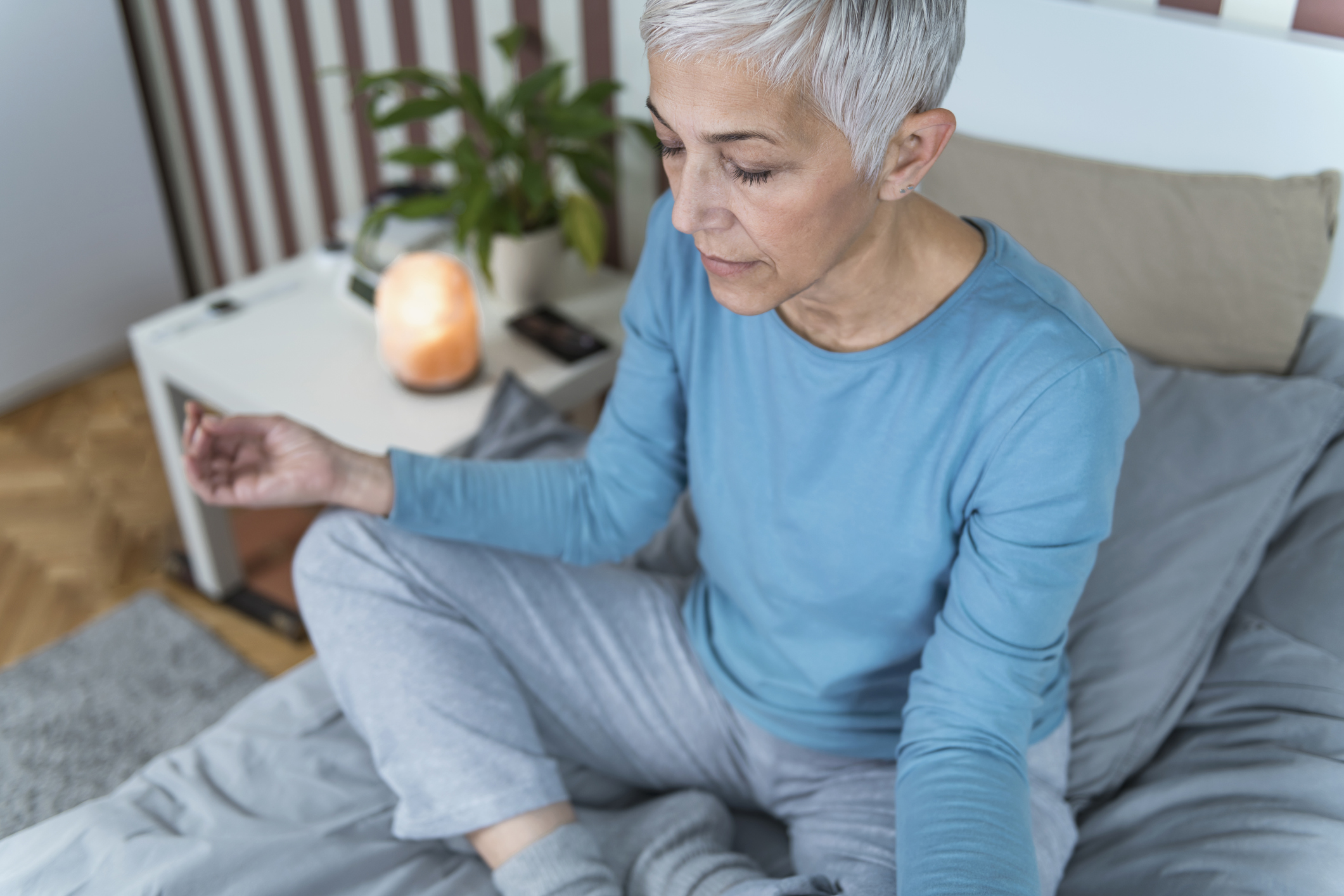 Neuro, of course, refers to the nerves or nervous system.

Theology is the study of religions and religious beliefs.

Over the past twenty years, the emerging field of neurotheology has explored the relationship between spiritual practices and meditation and a person’s overall physical and mental health.

Just recently, researchers have found that spiritual fitness, along with a specific meditative practice, may promote brain health by reducing multiple risk factors for Alzheimer’s disease.

But the idea that meditation is good for the brain, and may even prevent Alzheimer’s, isn’t new at all.

When Alzheimer’s strikes, the brain’s grey matter deteriorates first. This grey matter includes a network of connections within the cortex that links higher-order brain functions like the formation and storage of memories.

Meditation preserves grey matter, so it stands to reason that meditating could be a way to prevent Alzheimer’s.

Research has already found that it can make the brain age slower. Take the example of the 41-year-old monk whose brain was found to be more like that of a 33-year-old after almost a lifetime of daily meditation.

Spiritual fitness is a new concept in medicine. It focuses on psychological and spiritual wellbeing, and how it improves physical health and prevents disease.

Two scientists have recently co-authored a review of research showing that spiritual fitness, along with Kirtan Kriya, a simple twelve-minute meditative practice, may reduce multiple risk factors for Alzheimer’s Disease.

Dr. Dharma Singh Khalsa is based at the Alzheimer’s Research and Prevention Center in Tucson, and Dr. Andrew Newberg is from the Marcus Institute of Integrative Health at Thomas Jefferson University in Philadelphia.

Together, they reviewed the research on how psychological and spiritual well-being affects brain function and cognition.

Dr. Khalsa and Dr. Newberg feel that stress and stress management are under-discussed topics in Alzheimer’s prevention, even though there is plenty of evidence that stress’s physical, mental and emotional effects may elevate one’s risk for Alzheimer’s.

To that end, they focused their research on a meditation practice known as Kirtan Kriya (KK) and its impact on stress.

Its effects on stress are well-documented, and include:

Meditate to save your brain, your heart and more

There are more commonly known forms of meditation that have well-researched health benefits.

For example, heart attack survivors who practice Transcendental Meditation (TM) saw a 12.8 percent increase in blood flow to the heart, even without cardiac rehabilitation.

If you’re feeling adventurous, here are four other varieties of meditation for you to try.

But if Alzheimer’s has you worried, check out this excellent video that demonstrates a twelve-minute Kirtan Kriya meditation: