Home » The link between artificial sweeteners, infection and multi-organ failure 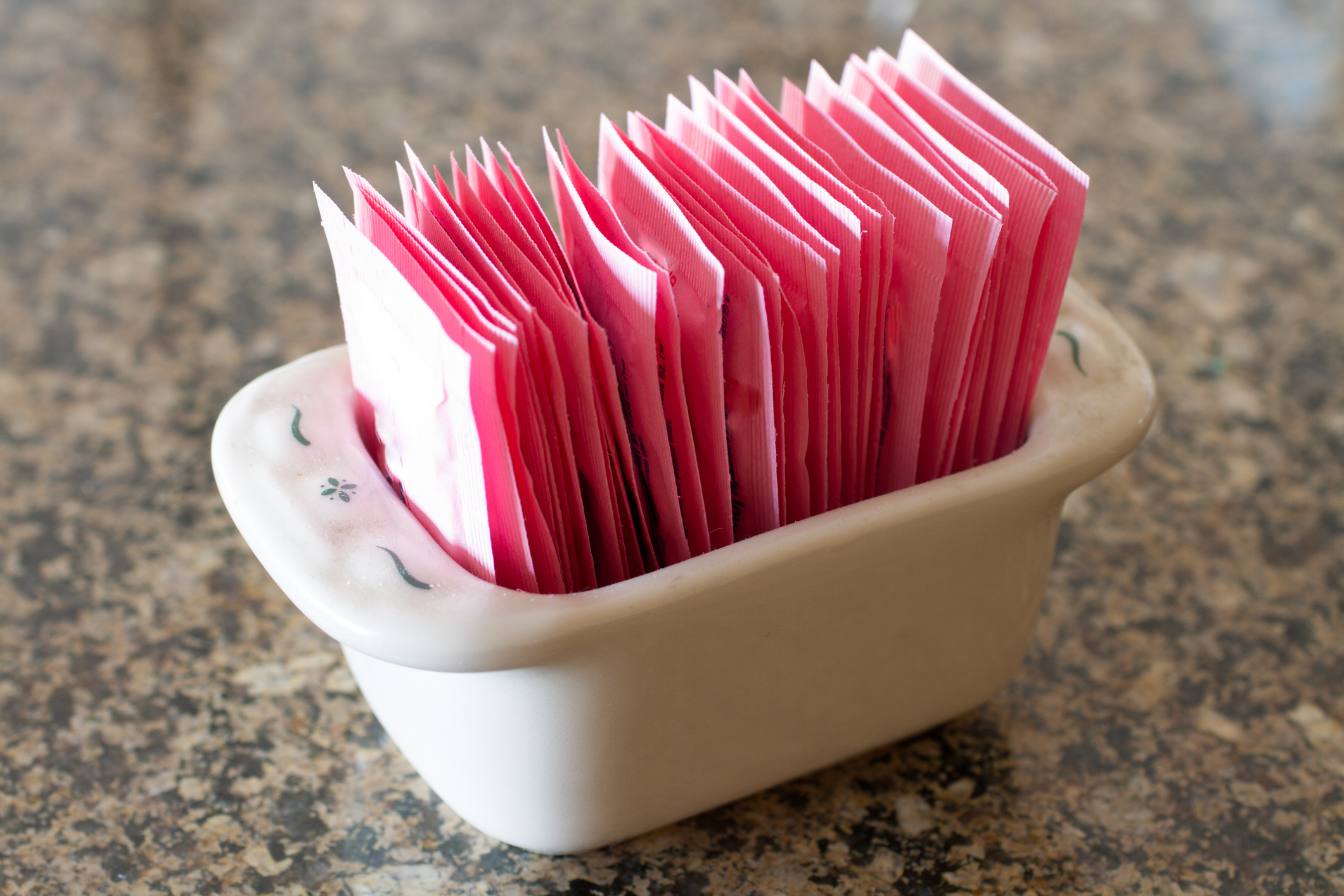 You wouldn’t sit down in a restaurant and grab a little pink packet of bacteria to stir into your tea or coffee, would you? Or drink down a can of diet soda that has it already mixed in, would you?

Despite all that’s come out in recent years about the negative impact these sweeteners have on health — such as increasing blood sugar problems, heart attack and stroke risk — they’re still popular.

Yet, while many people turn to these low-cal or sugar-free beverages to reduce their calorie intake and lose weight, they’ve actually been shown to do just the opposite! In fact, artificial sweeteners are worse for weight gain and waistlines.

But as far as health goes, the news just keeps getting worse. A new study shows they can damage your gut and allow nasty bacteria to break through your intestines, cause infection and invade vital organs…

In fact, previous studies have already shown that artificial sweeteners can affect the balance of bacteria in your gut. That means you could have a healthy, balanced microbiome — which promotes the health of your entire boy — only to have it ruined by artificial sweeteners.

Now, a study published in the International Journal of Molecular Sciences is the first to show the pathogenic effects of some of the most widely used artificial sweeteners.

According to the researchers, these three sweeteners make it possible for two types of bacteria commonly found in the gut — E. coli (Escherichia coli) and E. faecalis (Enterococcus faecalis) — to wreak havoc on the intestinal lining, by attaching themselves to, invading, and killing the epithelial cells responsible for keeping the gut barrier strong, and you well.

This new molecular research, led by academics from Anglia Ruskin University (ARU), has demonstrated that artificial sweetener from the equivalent of just two cans of soda makes the E. coli and E. faecalis bacteria pathogenic.

E. faecalis is known for crossing the intestinal wall to enter the bloodstream to congregate in the lymph nodes, liver, and spleen, causing all sorts of infections including septicemia.

But normally, that’s no easy task — as long as the lining of the intestinal lining is healthy and strong. When working properly, it forms a tight, saran wrap-like barrier that helps control what enters the bloodstream. Like a highly regulated security team, it lets in nutrients so they may be absorbed while keeping pathogens, toxins and undigested foods out.

The opposite of that would be a leaky gut, which occurs when small openings develop in the lining.

These not-so-sweet villains not only increase the amount of E. faecalis in the gut, giving them an unfair advantage, but also increase the formation of biofilms along the gut wall. This film aids the bacteria in doing its dirty work by helping it adhere to the lining and by providing an antimicrobial-resistant “covering.” From there the bacteria set out to secrete toxins and express “virulence factors,” which are disease-causing molecules.

Is a full-body invasion that starts in your gut and can infect your entire body worth that “refreshing” diet soda, now?

A stern warning about artifical sweeteners

Senior author of the paper Dr Havovi Chichger, Senior Lecturer in Biomedical Science at Anglia Ruskin University (ARU), said: “There is a lot of concern about the consumption of artificial sweeteners, with some studies showing that sweeteners can affect the layer of bacteria which support the gut, known as the gut microbiota.

“Our study is the first to show that some of the sweeteners most commonly found in food and drink — saccharin, sucralose and aspartame — can make normal and ‘healthy’ gut bacteria become pathogenic. These pathogenic changes include greater formation of biofilms and increased adhesion and invasion of bacteria into human gut cells.

“These changes could lead to our own gut bacteria invading and causing damage to our intestine, which can be linked to infection, sepsis and multiple-organ failure.”

If you haven’t given up the fake sweeteners yet, now’s the time to get serious about it.

There are plenty of other safe and natural sweeteners you can try including stevia, blackstrap molasses, and agave, along with six other options with health-boosting properties.