Home » The truth about exercise and dying early 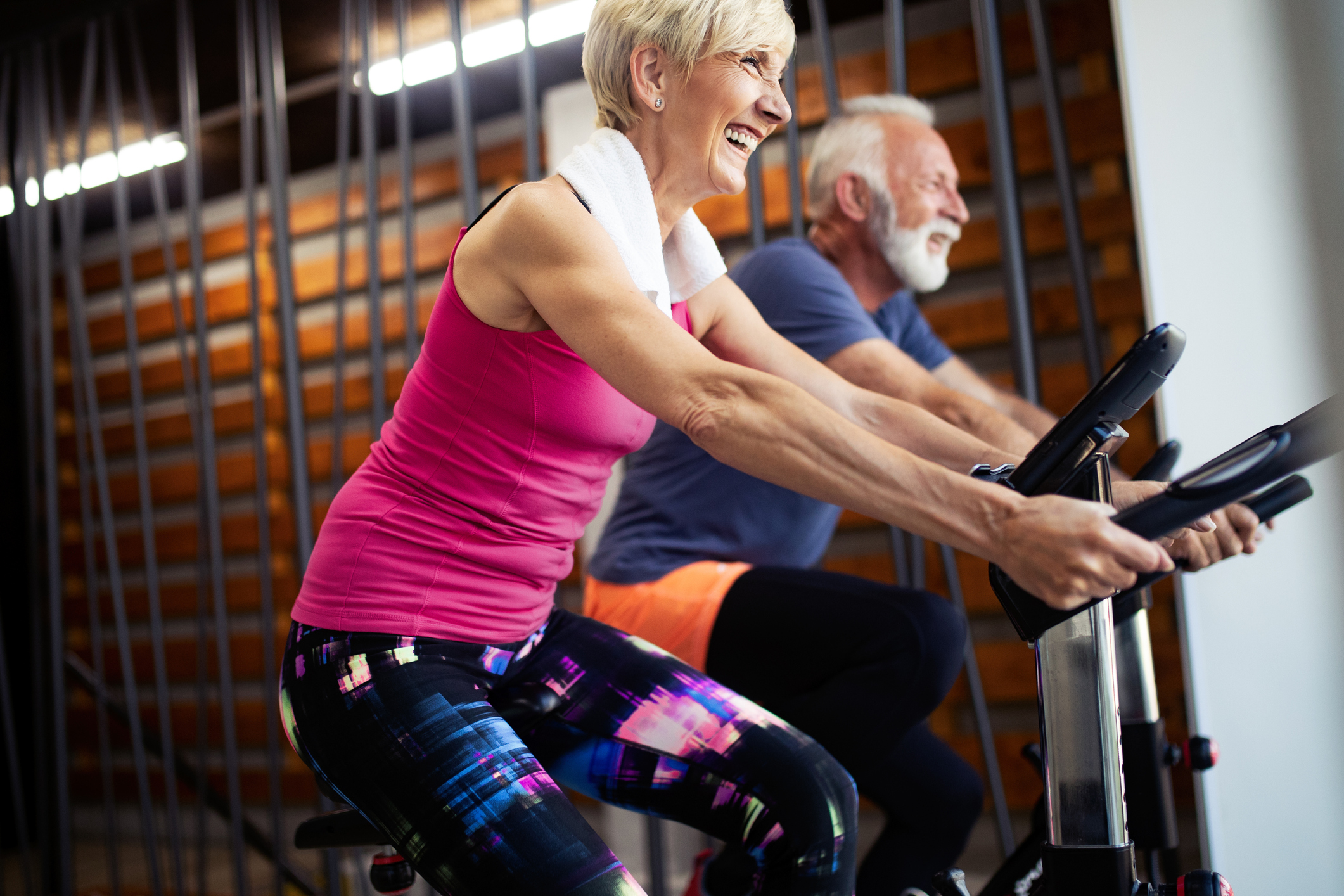 Study after study has shown that regular physical activity helps reduce the risk of cardiovascular disease (CVD) and premature death.

In fact, running was found to increase lifespan by reducing death risk by 40 percent. But there are many ways to exercise and many levels as well.

For optimal health benefits, the U.S. Department of Health and Human Services (HHS) currently recommends people get 150 to 300 minutes of moderate exercise every week or 75 to 150 minutes of vigorous exercise per week — or an equivalent combination of both intensities.

But what happens if you get more exercise than that? When it comes to protection from early death, is there such a thing as too much exercise? A team of international researchers recently looked into that question, and the answers were reassuring….

To get to the bottom of whether more is better or worse, researchers examined mortality data and medical records for more than 100,000 adults over 30 years.

The participants came from two studies — the all-female Nurses’ Health Study and the all-male Health Professionals Follow-up Study from 1988 to 2018. Their average age was 66 years and their average body mass index (BMI) was 26 kg/m2. About 63 percent of the participants were women and more than 96 percent were white adults.

And every two years, participants used a validated questionnaire to self-report their physical activity during leisure time. The questionnaires were updated and expanded every two years and included questions about health information, physician-diagnosed illnesses, family medical histories and personal habits such as cigarette smoking, alcohol consumption and exercise frequency.

The participant’s average time spent per week on various physical activities over the past year was reported as exercise data. The activities were further separated into two categories: a moderate category which included activities like walking, weightlifting, calisthenics and other lower-intensity exercises; and vigorous, which included things like jogging, running, swimming, bicycling and other aerobic exercises.

“The potential impact of physical activity on health is great, yet it remains unclear whether engaging in high levels of prolonged, vigorous or moderate-intensity physical activity above the recommended levels provides any additional benefits or harmful effects on cardiovascular health,” says Dr. Dong Hoon Lee, a research associate at the Harvard T.H. Chan School of Public Health in Boston. “Our study leveraged repeated measures of self-reported physical activity over decades to examine the association between long-term physical activity during middle and late adulthood and mortality.”

Even greater protection against cardiovascular mortality

To top it off, no harmful cardiovascular effects were found in individuals who got more than four times the recommended minimum activity levels. Previous studies have found a connection between long-term, high-intensity endurance exercises like marathons and triathlons and an increased risk of heart issues like myocardial fibrosis, coronary artery calcification, atrial fibrillation and sudden cardiac death.

“This finding may reduce the concerns around the potential harmful effect of engaging in high levels of physical activity observed in several previous studies,” Lee noted.

Right now, you may be getting less than 75 minutes of vigorous exercise or less than 150 minutes of moderate exercise every week. If that’s the case, you may want to consider gradually adding a few minutes to each workout to get those numbers up to the recommended minimum.

For instance, if you’re walking for 20 minutes five times a week, start out by adding 5 minutes to each walk. Then a few weeks after that, add an additional 5 minutes per walk to get you to that 150-minute mark.

Be sure to stick with it. It’s not your imagination that exercise gets harder the less you do. So consistency is an important factor in your success.